News Flash!: Americans Fought in the Crusades and Conducted Inquisition

First, a reading from Colossians 2:8: “See to it that no one makes a prey of you by philosophy and empty deceit, according to human tradition, according to the elemental spirits of the universe and not according to Christ.” Now, bearing this in mind, look at the following:

Here’s what happens when you ban AP history and lose track of Colossians 2:8.

“Come on, Mark.  All the GOP is saying is that we are a Christian nation”.   Indeed, they are even saying we are, mirabile dictu, a Catholic nation, which is funny since, till very recently in American history, most of the GOP base of Protestants to whom this fundraising Panic du Jour is appealing had little trouble pointing to the Crusades and the Inquisition as evidence of why Catholics where not Christian but popish followers of a predatory manmade cult irreconcilable with True Americanism:. Now, all of a sudden, the Catholic Church is as American as apple pie. Flushed down the memory hole is how Real Americans saw us as the dangerous subversive plague no right-thinking patriot would allow to pollute the American Way:

Here’s the deal. Americans did not fight in the Crusades or conduct the Inquisition.  Moreover, the words quoted in this latest Panic du Jour meme from the GOP are what is known as “factual”.  The slaughter of the Rhenish Jews, the slaughter of women and children in the sack of Jerusalem, the sack of Constantinople, the Children’s Crusade, the jailing, flogging and torments inflicted on St. John of the Cross, the burning of St. Joan (just to name a few sins) done in the name of Christ testify eloquently to that.

Now, I’m not one of those people who believes in holding our ancestors to standards only developed by moderns who learned from their mistakes.  I think we need to try to judge actions according to the light our ancestors had.  But even by those standards, these things were wrong, which is why they were condemned even by contemporaries.  But they were still done in the name of Christ. So why is the GOP not only defending them, but retrojecting Americans back into them?

Because they are counting on making a prey of you by philosophy and empty deceit, according to human tradition, according to the elemental spirits of the universe, and not according to Christ.

Our task as Catholics is not to defend the notion that no Christians have never done evil in the name of Christ.  Of course we have.  Nor is our task as Christians to tell any lie so long as it lands a punch on Obama.  And above all, our task is not to confuse the cause of Christ with American power politics, which is precisely mingling human tradition with Sacred Tradition and the worship of Christ with the service of such elemental spirits as Mammon, Mars, Moloch and Venus.

In this meme, the GOP is emphatically doing all of that and counting on us to fall for it. Suckers for partisanship will undoubtedly complain that criticism of this meme is a defense of Obama.  It’s not.  It’s a defense of learning to think with the mind of Christ.

There is a real and solid critique of what our Nobel Peace Prize Winning President said and it’s this: “Presidents who live in glass houses should not throw drones at 13 year old boys and other civilians“.  Indeed, as has been noted Obama has already racked up a bigger body count than the Spanish Inquisition. But here’s the thing: the bellicose, bloodthirsty Thing that Used to Be Conservatism likes blowing up Muslims–any Muslims, which is why it continues defending Dick Cheney, who made clear he sees no big problem with torturing and killing innocents.

CHUCK TODD: I mean, let me go to Gul Rahman. He was chained to the wall of his cell, doused with water, froze to death in C.I.A. custody. And it turned out it was a case of mistaken identity.

DICK CHENEY: –right. But the problem I had is with the folks that we did release that end up back on the battlefield. Of the 600 and some people who were released out of Guantanamo, 30% roughly ended up back on the battlefield. Today we’re very concerned about ISIS. Terrible new terrorist organization. It is headed by a man named Baghdadi. Baghdadi was in the custody of the U.S. military in Iraq in Camp Bucca. He was let go and now he’s out leading the terror attack against the United States. I’m more concerned with bad guys who got out and released than I am with a few that, in fact, were innocent.

CHUCK TODD: 25% of the detainees though, 25% turned out to be innocent. They were released.

DICK CHENEY: Where are you going to draw the line, Chuck? How are–

DICK CHENEY: –you going to know?

CHUCK TODD: Is that too high? You’re okay with that margin for error?

DICK CHENEY: I have no problem as long as we achieve our objective. And our objective is to get the guys who did 9/11 and it is to avoid another attack against the United States.

The medieval way of putting this was “Kill all.  God will know his own.”  The technical term for that is “murder” in the Catholic tradition. That’s why the GOP wants us to forget about the actual teaching of the Church and instead gin Americans up into the sudden delusion that we are Crusaders opposing the sinister Kenyan Muslim in the White House.

It’s the standard Boy Who Cried Wolf Panic du Jour strategy that has worked for years in drumming out outrage dollars from the faithful who have been trained to respond to memes, not to think and, above all, not to think with the Church.  It works in the short term, but over time, conditions an electorate to be people that are not so much governed as herded.  It’s beneath our dignity as human beings and, above all, as Catholics.

The problem with saying that everything is wrong with Obama and everything he says and does is always wrong and to be opposed on principle by whatever means necessary (including lies) is that it just ain’t so.  When you make that, and not the truth of Christ, the mainspring of your outlook, you wind up getting played by “the elemental spirits of the universe” (money, pleasure, power, and honor) and not living according to Christ.

Don’t get played.  Learn to think with the mind of Christ.  The way to do that is to learn to listen to the teaching of the Church and put that, rather than party allegiance, first. 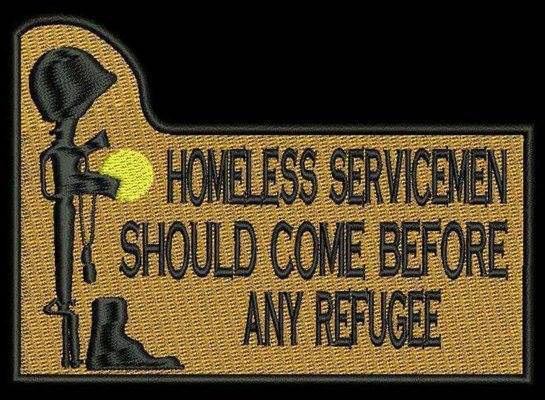 Catholic
Papal academies: Biggest threat to planet is greed...
Catholic and Enjoying It!

Catholic
A lovely Lenten gift in the Sincere Searching...
Catholic and Enjoying It!

Catholic
My chum Liz DiNunzio the atheist and I...
Catholic and Enjoying It!

Catholic
A reader has a question about artificial contraception
Catholic and Enjoying It!
TRENDING AT PATHEOS Catholic

Thank You on Behalf of My Friends
I want to thank all of you from the bottom of...
view all Catholic blogs
What Are Your Thoughts?leave a comment
Copyright 2008-2021, Patheos. All rights reserved.