regarding the series I am doing on Jesus and the Canaanite Woman for the Catholic Weekly, specifically the second piece in the series concerning the question of whether Jesus could learn things.  Sez he:

Howdy, Mark! Saw your piece on Jesus learning, and your commenter is mistaken in some of his claims regarding dogs.

The fact the dogs in the dialogue get to eat crumbs from the children’s table shows they were pets. Wild dogs would not have been allowed into the house!

Second, the dogs licking Lazarus’s sores is not an indicating they were preparing to eat him.

Dogs instinctively lick wounds–whether humans or their own. It is a behavior that relieves the pain of the wound (like rubbing your head) and cleans it out.

Although their saliva can carry germs (so there are risks here), it also carries protective substances. See links.

Dogs are bred to integrate with humans and to care about their needs. By licking Lazarus’s sores, the dogs in the parable are treating him as a member of their social group and trying to address his wounds the way they would address their own.

From a human point of view, this indicates Lazarus’s pitiable state, but it’s a natural dog behavior based on the sympathy they have for wounded humans.

I stand corrected!  And thanks for the super-interesting arcana about dogs especially! 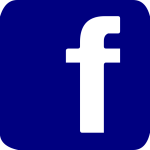 From Founding a Startup to Deloitte...
Through Catholic Lenses
Related posts from Catholic and Enjoying It!