The Comprehensive Case Against Roy Moore

But my money is on him winning anyway.  The Party of Trump is now a freak show of nihilist misogynous white spite that *loves* the idea of electing a child molesting racist liar because “it makes liberal snowflakes cry”.  They love that he would like to repeal every amendment after the 10th (especially the ones ending slavery and giving minorities and women the vote).  They love knowing that he will use his power to insult and lie about his victims because they slapping uppity women around.  If it’s inhuman and cruel and full of lies in the service of misogynous white spite, they love it.

I hope I’m wrong and I’m fasting and praying in the hope the decent people will do the right thing and say no to this Christianist liar and bully.  But we are living in a dark hour and I have no particular reason to think that this vile pack of enemies of the gospel has yet spent is power and gone into retreat.  All I can do is hope for an act of gracious inspiration from the Holy Spirit that will move people to fight against these Christianist enemies of Christ. 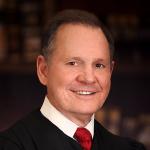 December 12, 2017 Trump and Moore: They did Nazi that coming!
Recent Comments
0 | Leave a Comment
Browse Our Archives
get the latest from
Catholic
Sign up for our newsletter
POPULAR AT PATHEOS Catholic
1

The Consistent Option For The Poor
The preferential option for the poor, though it is a recently-established phrased,...
view all Catholic blogs
What Are Your Thoughts?leave a comment
Copyright 2008-2021, Patheos. All rights reserved.