Meet Kalamazoo doctor Lucasz Niec.  He came here when he was six years old and has lived a peaceful, productive, good life.  Dunno if he’s Catholic, but he’s a Pole and so the odds are pretty high he is.

To the delight of Christianist Trump supporters, who love the cruelty of destroying innocent lives for the sake of paperwork (because punishing the defenseless feels like power and power is all they care about), he has just been picked up by ICE and is being threatened with mindless, stupid, pointless deportation.

In contrast to Christianists, Christians understand that the law was made for man, not man for the law, and that the mindless, stupid, pointless destruction of this man’s life and the lives of his family, friends, and patients is an absolute sin against God Almighty, whatever the idiotic and unjust law of man might be.

Reason attests that there are objects of the human act which are by their nature “incapable of being ordered” to God, because they radically contradict the good of the person made in his image. These are the acts which, in the Church’s moral tradition, have been termed “intrinsically evil” (intrinsece malum): they are such always and per se, in other words, on account of their very object, and quite apart from the ulterior intentions of the one acting and the circumstances. Consequently, without in the least denying the influence on morality exercised by circumstances and especially by intentions, the Church teaches that “there exist acts which per se and in themselves, independently of circumstances, are always seriously wrong by reason of their object”.131 The Second Vatican Council itself, in discussing the respect due to the human person, gives a number of examples of such acts: “Whatever is hostile to life itself, such as any kind of homicide, genocide, abortion, euthanasia and voluntary suicide; whatever violates the integrity of the human person, such as mutilation, physical and mental torture and attempts to coerce the spirit; whatever is offensive to human dignity, such as subhuman living conditions, arbitrary imprisonment, deportation, slavery, prostitution and trafficking in women and children; degrading conditions of work which treat labourers as mere instruments of profit, and not as free responsible persons: all these and the like are a disgrace, and so long as they infect human civilization they contaminate those who inflict them more than those who suffer injustice, and they are a negation of the honour due to the Creator.” – Veritatis Splendor

The same perpetually wrong subculture that, a decade ago, fought with might and main against the teaching of the Church on the question of torture now has turned its perverse genius to the defense of cruel acts of deportation of the innocent such as this. As with their passionate love of the cruelty of torture, their equally passionate love of this form of cruelty is warned against by Holy Church as being just as deserving of the everlasting fires of hell as abortion. And, in just the same way, that subculture will move heaven and earth to look for loopholes, legalistic pettifogging, and linguistic games to defend the indefensible. The project is already well underway and you will no doubt see these apologists for evil in the comboxes under this article. But the truth is, not matter what they say, there is no way to justify this innocent man’s deportation and there is no excuse for deporting DREAMers either–nor for using them as hostages in the Shutdown.

Yes, yes. I know what the apologists for evil will say. “Surely not *every* act of deportation is a grave sin?”

Here’s the deal: when Church warns you that abortion is a grave sin and intrinsically immoral and your first and last impulse is to *immediately* start looking for ways to abort babies anyway: “How do we know when a person comes into existence? Suppose there is a tubal pregnancy? What if the babies are Siamese twins? I read that in the Bible life doesn’t begin to you start breathing! St. Thomas said ensoulment isn’t till the fortieth day!” then face it: You are desperate searching for a way to rationalize your commmitment to doing what the Church warns could send you to hell.

Same with deportation. When the Church warns you that destroying this man’s life is worthy of damnation, a morally rational person asks not, “How can we do it anyway?” but “How do we avoid committing this evil?”

Christians ask the latter question. Christianists strive with every ounce of their being to ask the former question. They want the maximum number of innocent lives destroyed by deportation as possible and cheer for their god king Trump every time he Makes America Cruel Again.

Be a Christian, not a Christianist. Obey the gospel, not the Trumpian Zeitgeist. 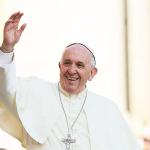 January 24, 2018 Bishop Robert Barron and William Lane Craig...
Recent Comments
0 | Leave a Comment
"Late to the game, but while I agree with him that the end doesn’t justify ..."
Catherine Hobbs Building Bridges of Trust vs. Winning
"I also think netflix is more evil than good, the things they have and support ..."
Jackson A reader struggles with scruples about ..."
"I am pretty sure remote cooperation is evil unless with proportionate reasons..."
Jackson A reader struggles with scruples about ..."
"Just one nit - the Dickey Amendment (the bit of law that supposedly "forbids" the ..."
Jon Heresy of the Day: Antinomianism
Browse Our Archives
get the latest from
Catholic
Sign up for our newsletter
POPULAR AT PATHEOS Catholic
1