The End of Ordinary Time

…till Pentecost is past.

I like the concept of ‘Ordinary Time’. The Tradition is fond of ordinary things. God chose ordinary things to be the matter of his sacraments. Water, bread, wine, oil. Dime a dozen stuff. And he chose ordinary people to be his apostles. Indeed, he himself entered into ordinary life as a peasant laborer and ordinary working stiff at Nazareth.  You could not have picked Jesus out of a lineup.  Isaiah tells us

And the gospels all inform us that the reason Judas Iscariot was necessary to the Sanhedrin’s plan to arrest Jesus was that somebody had to identify this non-descript ordinary man. He did not stick out in a crowd. And he spent his public ministry either sleeping under the open sky or occasionally finding hospitality from some kind benefactor.

Jesus liked ordinary people.  In his time and place, that meant poor people.  As Paul said

In a word, God’s revelation is primarily ordered toward schlubs like you and me.  Ordinary people living ordinary lives. Miracles, signs, and wonders of the parting seas and dancing suns variety are uncommon. Most of the time, God reveals himself in ordinary ways to ordinary people by ordinary means.

Chesterton has a deep appreciation for the mystical truth that the ordinary is precious.  In his book The Thing: Why I Am a Catholic he writes takes on Mencken’s contempt for the ordinary person:

Here is a monumental remark by Mr. H.L. Mencken: “They (he means certain liberal or ex-liberal thinkers) have come to realize that the morons whom they sweated to save do not want to be saved, and are not worth saving.” That is the New Spirit, if there is any New Spirit. “I will make unconquerable cities, with their arms about each other’s necks,” cried Walt Whitman, “by the love of comrades, by the lifelong love of comrades.” I like to think of the face of Mr. Mencken of Baltimore, if some casual comrade from Pittsburgh tried to make him unconquerable by putting an arm around his neck. But the idea is dead for much less ferocious people than Mr. Mencken. It is dead in a man like Aldous Huxley, who complained recently of the “gratuitous” romancing of the old republican view of human nature. It is dead in the most humane and humorous of our recent critics. It is dead in so many wise and good men to-day, that I cannot help wondering whether, under modern conditions of his favourite “science,” it would not be dead in Whitman himself.

It is not dead in me.  It remains real for me, not by any merit of mine, but by the fact that this mystical idea, while it has evaporated as a mood, still exists as a creed. … The truth is that Whitman’s wild picture, or what he thought was a wild picture, is in fact a very old and orthodox picture. There are, as a matter of fact, any number of old pictures in which whole crowds are crowned with haloes, to indicate that they have all attained Beatitude.  But for Catholics it is a fundamental dogma of the Faith that all human beings, without any exception whatever, were specially made, were shaped and pointed like shining arrows, for the end of hitting the mark of Beatitude. It is true that the shafts are feathered with free will, and therefore throw the shadow of all the tragic possibilities of free will; and that the Church (having also been aware for ages of that darker side of truth, which the new sceptics have just discovered) does also draw attention to the darkness of that potential tragedy. But that does not make any difference to the gloriousness of the potential glory.  In one aspect it is even a part of it; since the freedom is itself a glory.  In that sense they would still wear their haloes even in hell.

But the point is that anyone believing that all these beings were made to be blessed, and multitudes of them probably well on their way to be blessed, really has a sound philosophic reason for regarding them all as radiant and wonderful creatures, or seeing all their heads in haloes.  That conviction does make every human face, every human feature, a matter of mystical poetry. But it is not at all like modern poetry.  The most modern of modern poetry is not the poetry of reception, but of rejection, or rather, of repulsion.  The spirit that inhabits most recent work might be called a fury of fastidiousness.  The new man of letters … gets his effect by saying that, just as he was about to embrace finally the fairest of women, he was nauseated by a pimple above her eyebrow or a stain of grease on her left thumb. Whitman tried to prove that dirty things were really clean, as when he glorified manure as the matrix of the purity of grass. His followers in free verse try to prove that clean things are really dirty; to suggest something leprous and loathsome about the thick whiteness of milk, or something prickly and plague-stricken about the unaccountable growth of hair. In short, the whole mood has changed, as a matter of poetry. But it has not changed as a matter of theology; and that is the argument for having an unchanging theology.  The Catholic theology has nothing to do with democracy, for or against, in the sense of a machinery of voting or a criticism of particular political privileges. It is not committed to support what Whitman said for democracy, or even what Jefferson or Lincoln said for democracy. But it is absolutely committed to contradict what Mr. Mencken says against democracy.  There will be Diocletian persecutions, there will be Dominican crusades, there will be rending of all religious peace and compromise, or even the end of civilization and the world, before the Catholic Church will admit that one single moron, or one single man, “is not worth saving.”

We are about to enter Lent, when ordinary people find various ways to deny themselves, take up their crosses and follow Jesus.  The ordinary means for this is prayer, fasting, and almsgiving. Ordinary people have done these thing for centuries.  They were doing it centuries before Jesus was born. He had nothing to say against such ordinary practices but instead blessed them as he blessed his ordinary neighbors who were poor.  Instead, as with the matter of the sacraments, he took what his neighbors and ancestors had themselves settled on as good and said, ‘Yes.  Keep doing that.’ Much of Catholic practice has consisted of blessing the wholesome impulses of ordinary people, because they are made in the image of God.

Yes, we still need saving.  We confess that when we spontaneously do things like create whole cultures that fast and pray and try to mend the world a bit by almsgiving. But we also reflect the imago Dei in our ordinary schlubbery. For that, I am grateful.

March 2, 2019
Surprisingly, I did not know some of the detail
Next Post 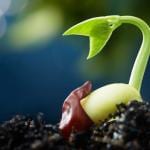 Catholic
Malachi, the Pandemic, and the Unexpected Judgments of...
Catholic and Enjoying It!

Catholic
The Parable of the Sheep and the Goats...
Catholic and Enjoying It!

Catholic
I've been noodling the Transfiguration lately
Catholic and Enjoying It!