For as long as I have been Catholic (and of course the phenomenon is much older than that, traceable back to Tertullian and his fascination with Montanism) people who have not liked what the Magisterium has to say have latched on to some claim of private revelation and tried to weaponize it against the Church’s teaching.

Genuine private revelation has one function: to draw us back to public revelation and obedience to the revelation of Jesus Christ in and through his Church.  It therefore cannot teach us to disobey the Tradition.

In his review of Infiltration, Dr. Jeffrey Mirus remarks:

“Finally, in one of the classic tactics of the Catholic far-right, Marian apparitions and papal visions are adduced to confirm all, so that, from a few cryptic utterances, one’s version of history seems to be confirmed infallibly in every detail by God Himself.”

One of the most dangerous tactics a Catholic can adopt is attempting to turn private revelation, whether approved or rejected by the Church, into an Alternative Magisterium at war with the real Magisterium. Flee any person who does this, starting with those who endlessly try to make the Third Secret of Fatima into a platform for their hatred of Vatican II and every pope since Pius XII.

Here’s reality: “You are Peter and upon this rock I will build my Church, and the gates of hell shall not prevail against it.”

Here’s more reality: “He who listens to you listens to me and he who listens to me listens to him who sent me.” Those words were spoken by Christ to his apostles and their successors, not to the Blessed Mother. She is horrified to be used as a weapon against the Magisterium. Shun false prophets who do so.

We are intended to learn how to think with the mind of Christ and understand how the Magisterium develops the Tradition, not to see every change in the Church’s magisterial teaching as the result of a conspiracy.  The Church is indefectible.  If you do not believe that, you simply do not hold the Catholic faith and are in absolutely no position to reform her.

“The larger cultural truth about modern history is that the Catholic Church is going through a long transition from being one of the pre-eminent institutions of Western culture—with all the attendant personal complacency, ossification, and worldly complicity—to re-engaging the world in terms of Christian mission.”

Yes. Yes. Yes. Mirus may be interested in the work of Sherry Weddell, author of Forming Intentional Disciples. She stresses precisely this point, that we no longer live in Christendom, but in Missiondom and that Catholics have got to start thinking in terms of evangelizing a post-Christian world and stop wasting time trying to pretend that the Christian forms and presuppositions that used to undergird the West are even intelligible to most of our neighbors–and even most of our fellow parishioners. So much of Catholic discourse from the audience that takes Marshall seriously consists of accusing people of the infamy of not believing things that those people have not only never heard of, but which are prima facie ridiculous to them.

Yet the paradox of the Reactionary fear of their non-Catholic neighbors who do not accept the morals of the Catholic faith is that Reactionaries themselves do not accept much of the theology of the Catholic faith, such as the indefectibility of the Church or the infallibility of the Magisterium. They want their post-modern neighbor to adopt a Catholic sexual morality without a living relationship with Jesus Christ, while themselves scoffing at the Pope for reminding them that Christian morality is impossible without that living relationship. Indeed, not a few of them declare that the concept of a living relationship with Jesus Christ is “Protestant” and therefore contemptible.

So many are attempting the project of demanding a (sort of) Catholic morality from a civilization that has no living connection to Jesus, who is the only one that makes the arduous demands of the Catholic moral life possible to live. You might as well demand blood from a stone.

This goes back, yet again, to the fact that so much of Reactionary Catholicism is, as Pope Francis diagnosed, self-absorbed, neo-Pelagian, and Promethean. It is an attempt at salvation by law, not grace. 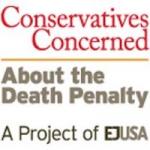 June 11, 2019
Conservatives Concerned about the Death Penalty
Next Post

Catholic
A little tip on good and bad evangelism...
Catholic and Enjoying It!

Catholic
I love Leah Libresco-Sargeant and I Love Everything...
Catholic and Enjoying It!

Catholic
Where Peter Is has a nice take on...
Catholic and Enjoying It!

Catholic
ISIS is the ultimate "Proto-evangelist"in the Muslim world
Catholic and Enjoying It!
TRENDING AT PATHEOS Catholic