Pope Francis Gives Some of Peter’s Relics to Patriarch Bartholomew

So this happened about two months ago on the Feast of Peter and Paul:

Patriarch Bartholomew had sent a delegation led by Archbishop Job of Telmessos to the Vatican for the feast day celebrations. After the solemn Mass, Pope Francis and Archbishop Job went down to St. Peter’s tomb under the high altar to pray.

Then, the archbishop recounted, Pope Francis asked him to wait for him because he had a gift for his “brother” Patriarch Bartholomew. The pope came back and led the archbishop to his little blue Ford Focus and they were driven to the Apostolic Palace.

They entered the chapel of the old papal apartment, where Pope Francis chose not to live, and “the pope took the reliquary that his predecessor Paul VI had placed in the little chapel and offered it to his guest,” according to Vatican News.

“For us, this was an extraordinary and unexpected event that we could not have hoped for,” Vatican News quoted the archbishop as saying.

He phoned Patriarch Bartholomew as soon as he could to tell him the news.

Arrangements quickly were made for Msgr. Andrea Palmieri, undersecretary of the Pontifical Council for Promoting Christian Unity, to accompany the relics to the Phanar, the Orthodox patriarchate’s headquarters in Istanbul.

It was “another gigantic step toward concrete unity,” Archbishop Job said.

At a ceremony June 30 to receive the relics and venerate them, Patriarch Bartholomew said, “Pope Francis made this grand, fraternal and historic gesture” of giving the Orthodox fragments of the relics of St. Peter.

“I was deeply moved,” the patriarch said, according to the news published on the patriarchate’s Facebook page along with 15 photos. “It was a brave and bold initiative of Pope Francis.”

As is so customary, reaction was swift and severe from Reactionaries and, as is customary for me, I could not and cannot see what the problem is.  It was an extraordinary gesture of fraternal love from the Holy Father and it engendered nothing but fraternal love from the recipients of the gift.  I cannot imagine Peter himself being anything but delighted by it and since love, not clinging to relics, is the highest virtue of the Faith, what is the trouble?  The Church retains other relics of Peter at her eponymous Church (aren’t you impressed that worked “eponymous” into a sentence?) So why are people freaking out, except that anything and everything Francis does is cause for some people to freak out?  I think the East and West taking “another gigantic step toward concrete unity” is far, far more important than Rome hanging on to every last relic of a saint, even a saint so great as Peter.  He was, after all, the bishop of Antioch too.  So why not celebrate his spiritual patrimony in the east as well? The unity of the Church is what Jesus prayed for in John 17.

PS, for my skeptical readers, there is plenty of evidence for thinking that the bones of Peter–carefully preserved and bearing the marks of crucifixion (including missing feet, a common fate for the crucified) and buried in tomb that says “Peter is within”, with a succession of churches built in a weird and awkward location best explained by the fact that early Christians were not morons and knew where their sacred dead were buried–are, in fact, the bones of Peter.  It is one of the weirdnesses of modernity that only the archaeology pertaining to saints is presumed to be hinky while the archeology pertaining to Tutankhamen is presumed to be sound.

August 21, 2019
An Actual Real Professional Catholic Ethicist Writes to Reassure Me
Next Post 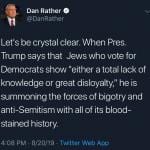