One of the Reasons I Love the Church is Her Rich Intellectual Tradition October 1, 2019 Mark Shea

Catholic civilization has a storied tradition of presenting the gospel in local garb, becoming “all things to all”  (1 Cor 9:22) even as St. Paul did, since (as St. Thomas tells us) “that which is received is received according to the mode of the receiver”.

So when God revealed himself to us, he stooped down to our level in order to raise us up to his.  Revealing himself to Bronze Age Semites, he used their cultural categories of animal sacrifice, not because he needed the blood of cattle, sheep, and goats, but because they thought in those terms. His goal, like every good teacher, was to start where the student is and bring the student to where he is.  That is why, as their relationship progressed, God started pointing out to Israel that the point was not really animal sacrifice, but the offering of one’s heart:

I will accept no bull from your house,
nor he-goat from your folds.
For every beast of the forest is mine,
the cattle on a thousand hills.
I know all the birds of the air,
and all that moves in the field is mine.

“If I were hungry, I would not tell you;
for the world and all that is in it is mine.
Do I eat the flesh of bulls,
or drink the blood of goats?
Offer to God a sacrifice of thanksgiving,
and pay your vows to the Most High;
and call upon me in the day of trouble;
I will deliver you, and you shall glorify me.” (Ps 50:9–15)

For you take no delight in sacrifice;
were I to give a burnt offering, you would not be pleased.
The sacrifice acceptable to God is a broken spirit;
a broken and contrite heart, O God, you will not despise. (Ps 51:16–17)

This is the point Jesus makes as well regarding another form of cultural concession God made in the Old Testament, ritual purity laws:

Now when the Pharisees gathered together to him, with some of the scribes, who had come from Jerusalem, they saw that some of his disciples ate with hands defiled, that is, unwashed. (For the Pharisees, and all the Jews, do not eat unless they wash their hands, observing the tradition of the elders; and when they come from the market place, they do not eat unless they purify themselves; and there are many other traditions which they observe, the washing of cups and pots and vessels of bronze.) And the Pharisees and the scribes asked him, “Why do your disciples not live according to the tradition of the elders, but eat with hands defiled?”  And he said to them, “Well did Isaiah prophesy of you hypocrites, as it is written,
‘This people honors me with their lips,
but their heart is far from me;
in vain do they worship me,
teaching as doctrines the precepts of men.’
You leave the commandment of God, and hold fast the tradition of men.”
And he said to them, “You have a fine way of rejecting the commandment of God, in order to keep your tradition! For Moses said, ‘Honor your father and your mother’; and, ‘He who speaks evil of father or mother, let him surely die’; but you say, ‘If a man tells his father or his mother, What you would have gained from me is Corban’ (that is, given to God)— then you no longer permit him to do anything for his father or mother, thus making void the word of God through your tradition which you hand on. And many such things you do.”
And he called the people to him again, and said to them, “Hear me, all of you, and understand: there is nothing outside a man which by going into him can defile him; but the things which come out of a man are what defile him.”  And when he had entered the house, and left the people, his disciples asked him about the parable.  And he said to them, “Then are you also without understanding? Do you not see that whatever goes into a man from outside cannot defile him, since it enters, not his heart but his stomach, and so passes on?” (Thus he declared all foods clean.)  And he said, “What comes out of a man is what defiles a man. For from within, out of the heart of man, come evil thoughts, fornication, theft, murder, adultery, coveting, wickedness, deceit, licentiousness, envy, slander, pride, foolishness. All these evil things come from within, and they defile a man.” (Mark 7:1–23)

The Church came to understand this very well, recognizing (Acts 15) that the ceremonial laws of the Old Covenant were various forms of images and allegories pointing to the reality of the New Covenant.  So physical circumcision pointed to the “circumcision of the heart” that came through faith in Jesus.  Food and cleanliness purity laws were images of the need for purity from sin.  The passage through the Red Sea pointed to baptism, manna pointed to the Eucharist, the sacrifice of Isaac pointed to the sacrifice of Jesus and so forth.  As Paul put it, “Therefore let no one pass judgment on you in questions of food and drink or with regard to a festival or a new moon or a sabbath. These are only a shadow of what is to come; but the substance belongs to Christ. (Col 2:16–17).

And indeed, nowhere is the New Testament ever interested in the literal reading of the Old.  That’s not because they don’t think the Old Testament stories are historical.  It’s because they take their historicity for granted and are more interested in the spiritual meaning of those stories given that the Risen Christ told them that everything written in the law and the prophets was, at its most profound level, really about him (Luke 24:44-47).

Because of this, the Catholic intellectual tradition developed a rich habit of looking for the inscape of things and was able to easily dress biblical narratives in the cultural garb of the people it served in order to apply the lesson to the present day and to see Christ hidden there for us. Since, in Christ Jesus, there was “neither Jew nor Gentile, neither slave nor free, nor is there male and female, for you are all one in Christ Jesus” (Galatians 3:28), Catholic culture was pretty easy-going about depicting holy people in the local looks of the people the Church serves. That’s where Euro-Jesus

and Our Lady of Guadalupe

come from. The former looked like the Europeans the artist lived among and the latter looked like an Aztec princess and (pointedly) not like their Spanish conquerers.  Message: He has cast down the might in their arrogance and lifted up the lowly.  He has filled the hungry with good things, and the rich he has sent away empty.

Indeed, this has gone on for a long time with Dutch people crucifying Jesus

and Aboriginal Madonna and Child:

The purpose of canonizing saints at all is to give us examples and role models to whom we can relate as we try to follow Jesus by imitating them.  This too is a tradition dating back to the New Testament when Paul told the Corinthians “Imitate me as I imitate Christ” (1 Corinthians 11:1).  It has never been a big deal to picture the saints in the clothing–and skin–of a local culture.  So I would have thought a tweet like this was unremarkable:

Happy Feast of St. Augustine: “You have made us for yourself, O Lord, and our heart is restless until it rests in you.” (“Confessions”). Image: St. Augustine by John Nava. Corpus Christi Church in Toledo, Ohio. pic.twitter.com/zpp01SV6mu

Augustine was a saint from Africa, a bishop in Africa, ministering to an African flock. In a culture like the US, where African Catholic saints are not exactly a dime-a-dozen, it is a perfectly good and mission-minded thing to remind African-American Catholics that they have saints and intercessors, friends and fathers, in heaven they can look to as forebears in a proud tradition of African Catholic faith.

But, alas, the Alt-Right Freak Show CRISIS serves is hyper-sensitive to skin color all while protesting it is definitely not racist or anything. So instead of celebrating this perfectly Catholic gesture of outreach, there’s this telling indictment from a kid who has been Catholic for about 10 minutes (he was received in 2015):

Then, of course, there’s Fr. James Martin, SJ. … [W]e can learn everything we need to know about Fr. Martin’s intellectual silliness by looking at commemorating the Feast of St. Augustine, depicting the Doctor of Grace as a gentleman of Sub-Saharan extraction.

In fact, Augustine was a Berber: a light-skinned African of Eurasian extraction.

Not that his skin color should matter, of course. But, if you’re really just an SJW in a Roman collar, you might consider willfully misleading your 250,000 Twitter followers just to own the conservabigots.

It is one of the weird features of American racism that it simultaneously asserts and denies its existence in the same breath. Martin, the most vilified man in the American Church for reasons that still remain mysterious to me, says nothing about “conserva-bigots”. He simply does something the Catholic intellectual tradition has done for 2000 years. He does, in fact, the same thing his Jesuit Fathers attempted in China, which was the same thing Christians all the way back to Paul have done. But, as happens so often, a member of the Freak Show flees when no one is pursuing and shouts over his shoulder, “Why are you blaming me for the shoes I freely choose to wear?” Jim Keane does the autopsy on this depressing thing that CRISIS thought worth publishing.

Remember when Walker Percy used to write for Crisis Magazine? Here’s where we are now: https://t.co/HzTIAyAwyE

One of the saddest losses for me has been the Right Wing Culture War Machine’s assault on the Catholic intellectual tradition for the sake of dumb point scoring. That tradition still exists, of course, and is still accessible by people of good will. But you have to fight a stiff head wind from the Right Wing Lie Machine these days. And that’s too bad.

October 2, 2019 Another Reason I Love the Church is Her Literary Tradition
Recent Comments
0 | Leave a Comment
Browse Our Archives
get the latest from
Catholic
Sign up for our newsletter
POPULAR AT PATHEOS Catholic
1

Catholic
Weighed Down by Irony
Catholic and Enjoying It!

Catholic
Against the Myth of the Persecuted Contemporary American...
Catholic and Enjoying It! 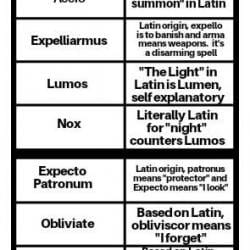 Catholic
On Recovering the Fearlessness of the Catholic Intellectual...
Catholic and Enjoying It!
TRENDING AT PATHEOS Catholic