Had an interesting conversation some time back. Maybe somebody will find it useful. I wrote:

I’m starting to suspect that the net effect of God’s dealing with me over the past 20 years has been to make me face the fact that the Faith–that is, He–is a mystery, not a body of doctrine and that, while apologetics is a perfectly legit way into Christ (as the law was for Paul), the attempt to reduce God to it is, like the attempt to reduce him to the Law, as hopeless as reducing a symphony to sheet music. The demand for certitude is a form of tyranny. Jesus promises himself, not certitude. Lots of people hear that as “loss of faith”. It’s the furthest thing from it. It’s something more like the plant cracking the seed shell and groping for light.

A reader replied: “I don’t follow. Certitude about what?”

I replied: I suppose that the subculture I identified with for 20 years were the “real Catholics”, that their neat picture of things was Reality, that my smug account of the Faith was all there was, and that as long as I colored within the lines of Acceptable Conservative American Cultural Pieties I pretty much had God in my pocket. Three years of watching the appalling scandal as that subculture has lost its mind has made me turn away, not from the gospel, but from that suffocating freak show for good and all. I still totally respect the Magisterium and believe its teachings. It’s my former tribe who are, to my astonishment, at war with it. I will never trust that crowd again.

My reader replied: “I definitely empathize. I have my own problems with many in that subset (because I am evangelical/charismatic). But I still don’t know what you mean when you refer to certainty. Certainty about what?”

I answered: Observe certain pieties, drop the right names of the right people, say the correct jargon, avoid associations with the Wrong Sort, do not think about Certain Things which the Church’s intellectual tradition permits but the Authorities in your Conservative Peer Group don’t want to touch, keep the Conventions, not the Commandments, and you can be sure that you are a Good Catholic. Associate with the Wrong Sort and we will do everything we can to wreck you and your good name so fast it will make your head spin.

That kind of certitude, among others.

To which a priest friend jokingly replied: “Has this comment been vetted by the committee on conforming to the Catechism?”

That’s the funny thing. Not a word I wrote is in opposition to the Catechism. But a lot of people will somehow hear it that way.

Meanwhile, Good White Conservative Catholics like R.R. Reno are, at the height of a pandemic that has killed 35,000 as I write, are posing as Conservative Catholic intellectuals to the readers of First Things and writing, with a straight face and no fear of being told that they are evil apostates like me, that the methods of mobilization to slow the spread of COVID give him “a glimpse of what it must have felt like in Nazi Germany or the Soviet Union”.

Yeah. Having to show consideration for a couple of months so that only 60,000 people are sacrificed to Trump’s incompetence instead of a million and a half is *exactly* like being gassed at Auschwitz or sent to slave labor in Siberia. Exactly.

That I ever took that subculture seriously or cared what it thought about anything in the world is embarrassing and shaming to me.

April 16, 2020
Sam Rocha on the Stupid "Braveheart Freedom" that Kills People
Next Post 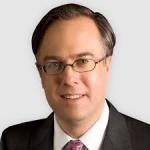 Catholic
Michael Gerson on the Appalling Idolatry of the...
Catholic and Enjoying It!

Catholic
J. Budziszewski has a question for Evangelicals
Catholic and Enjoying It!

Catholic
The Tragedy of our Time...
Catholic and Enjoying It!

Catholic
How Evangelical Leaders Whored for Milo Yiannopolous
Catholic and Enjoying It!
TRENDING AT PATHEOS Catholic