Jesus and the Goats 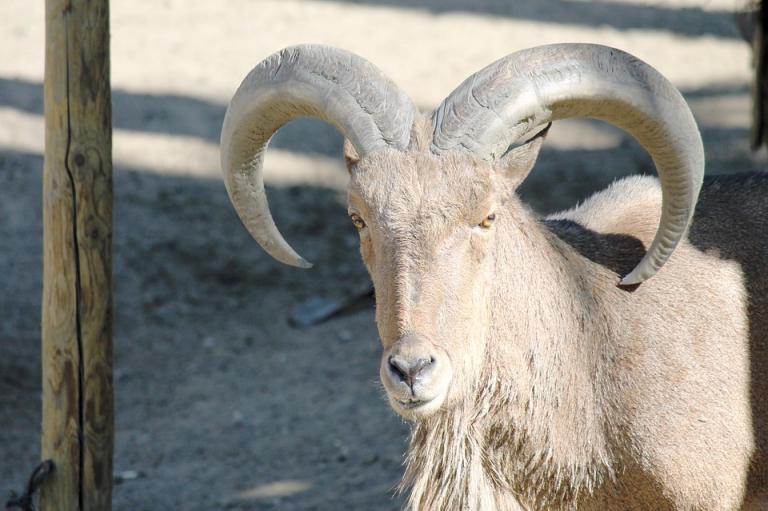 When the Son of Man comes in his glory, and all the angels with him, then he will sit on the throne of his glory. All the nations will be gathered before him, and he will separate people one from another as a shepherd separates the sheep from the goats, and he will put the sheep at his right hand and the goats at the left…

We know the story. It is usually told this way: At the end of time, Jesus is going to separate the sheep from the goats. The sheep inherit the kingdom of God while the goats are sent to hell. And the only difference between the two is that the sheep fed the hungry, gave drink to the thirsty, welcomed the stranger, clothed the naked, and visited the prisoner.

Taken this way, the “take away” is that we should be compassionate people who practice what is often referred to as the “corporal works of mercy.”

But there are things going on in the passage that are often missed.  Others have already explored the issue of the identity of the “least of these”¹—that it is perhaps more likely that Jesus is referring to disciples, not to the universal poor.

I read this passage in a liberationist way—wherein the least of these—the “brothers and sisters” of Jesus are in fact the oppressed with whom Jesus is in solidarity.

When Jesus employs the imagery of the “sheep and goats” it is likely that he has Ezekiel 34 in mind.

Ezekiel points to a time when God will judge the “shepherds” of Israel, depose them, and become the people’s sole Shepherd:

Thus says the Lord God, I am against the shepherds; and I will demand my sheep at their hand, and put a stop to their feeding the sheep; no longer shall the shepherds feed themselves. I will rescue my sheep from their mouths, so that they may not be food for them.

For thus says the Lord God: I myself will search for my sheep, and will seek them out. As shepherds seek out their flocks when they are among their scattered sheep, so I will seek out my sheep. I will rescue them from all the places to which they have been scattered on a day of clouds and thick darkness. I will bring them out from the peoples and gather them from the countries, and will bring them into their own land; and I will feed them on the mountains of Israel, by the watercourses, and in all the inhabited parts of the land. I will feed them with good pasture, and the mountain heights of Israel shall be their pasture; there they shall lie down in good grazing land, and they shall feed on rich pasture on the mountains of Israel. I myself will be the shepherd of my sheep, and I will make them lie down, says the Lord God. I will seek the lost, and I will bring back the strayed, and I will bind up the injured, and I will strengthen the weak, but the fat and the strong I will destroy. I will feed them with justice.

As for you, my flock, thus says the Lord God: I shall judge between sheep and sheep, between rams and goats…

In the passage, the goats are the wicked shepherds which God seeks to depose. If this is the passage Jesus has in mind as he speaks in Matthew 25, then the judgment against the goats is not merely a judgment of some abstract group of inhospitable people. But against the shepherds who are, by virtue of their oppression, inhospitable. They are the very ones guilty of not caring for the “least of these.”

The “take away” of Mattthew 25:31-46, then, is not merely that we should do charity. More than that, the passage indirectly names the source of oppression—the shepherds. The passage is, therefore, revolutionary.

With this perspective added, the parable suggests that the kingdom is made of those who stand in solidarity with the materially oppressed. And that excludes the competing shepherds–the rulers who create the injustices Jesus names in the passage.

1. Don’t ever refer to people you know as “the least of these.” Whatever Jesus’ original intention with this phrase selection, it has since become an incredibly condescending phrase. Perhaps modern translations should replace it with “most condescended upon.”