Jesus and the Way of Transfiguration

Jesus and the Way of Transfiguration June 18, 2019 Mark Van Steenwyk

According to the Gospel accounts, there are three apocalyptic moments in the Life of Jesus—three times where the veil of heaven is torn open: Jesus’ baptism (where God’s voice booms from heaven and a dove descends), his transfiguration (a happening I like to call “Glowy Jesus”), and his crucifixion (where the veil is torn). In each of these moments, Jesus is revealed to be a bridge between humanity and the divine.

To our modern sensibilities, the Transfiguration makes the least sense. After all, there are obvious points to Jesus’ baptism and his crucifixion. But nothing “practical” seems to happen during the Transfiguration. Baptism is, after all, a big deal in most Christian traditions. And the Crucifixion gets more ink than anything else about Jesus. These two episodes in the life of Jesus are front-and-center to the Christian life.

But the Transfiguration is rarely discussed by most Christians. This seemingly psychotropic passage about Jesus doesn’t yield obvious meaning.

Jesus took Peter, James, and John with him onto the mountain where he was transfigured before them. On the mountain, Jesus begins to shine with bright rays of light. Then the prophets Moses and Elijah appear next to him and he speaks with them. Jesus is then called “Son” by a voice in the sky, assumed to be God the Father, as in the story of Jesus’ baptism.

This revelation of God’s presence, which comes just before Jesus begins his march to Jerusalem to face the powers-that-be, is a glimpse into the vocation of Jesus. He ascends the mount in order to draw strength from his ancestors.  Moses and Elijah meet him there, representing not only biblical archetypes of the Law and the Prophets; they were also visionaries who communed with God on mountaintops themselves.  Jesus stands in the tradition of those who encounter the radically undomesticated God in the wild.

And there, in the presence of the great prophets and his closest comrades, the voice of God proclaims: “This is my beloved son. Listen to him.”

Jesus invites his dearest friends to the mountaintop to peer behind the veil.

The profound truth of the Transfiguration isn’t that anything new happened. Rather, Jesus revealed what was there all along. In the Transfiguration, we see God pull back the veil and reveal Jesus as he is…as he has always been. It isn’t Jesus who is changed on the mount of Transfiguration; it is the perception of Peter, James, and John that have changed.

Let us stop and consider that for a moment.

When Jesus was baptized, we are told that he heard a voice from heaven and a dove descend. As far as we know, nobody else saw these things. To a casual observer, it would just seem like some Palestinian peasant was getting a bath.

When Jesus suffered on the Cross, did people see a Messiah engaged in a Cosmic battle against the powers of death and oppression? Or did they see a poor rabble-rouser suffer and die, alone?

And if a casual observer were on the Mount of Transfiguration that day, perhaps all they would have seen was a group of friends on a camping trip.

The Transfiguration reminds us that the truth of a thing is often buried under veils of false perception, faulty assumptions, and toxic myths.

And so, as we walk through this world, we are usually caught up in falsehoods. We take each other for granted. We believe the lies pitched to us constantly in media and advertisements. We see a dull world with precious little meaning.

But, if the veil were to be pulled back, we would see the radiance of God in every face. Creation would pulsate in worship of Mystery. The lies that encumber us—that we have to look a certain way, act a certain way, be successful in certain ways—would crumble to dust. 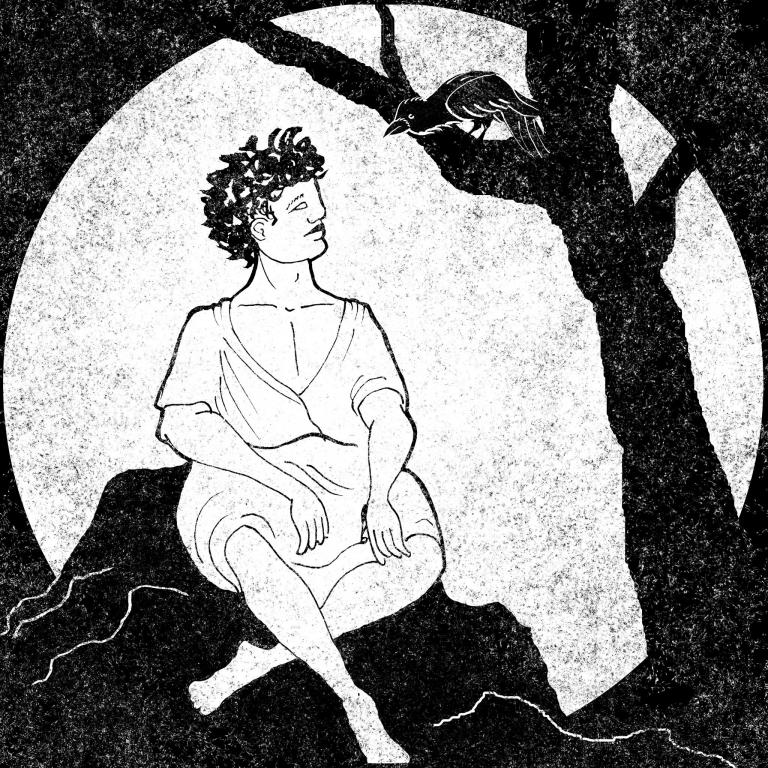