On the Cross but Never Abandoned

When I was young and stupid, I used to argue with my wife about whether or not it was okay to leave my son in the car and run into a gas station to use the restroom. My wife would say this constitutes abandoning your child, even if the kid is taking a nap, even if you need to go to the bathroom really bad, even though there are five different buckles on the car-seat and there’s no sanitary place to put your sleeping child down in the bathroom. I never left my kids in the car, mostly because I worried some cop would bust me. So for better or worse, I’ve never abandoned my sons. Now our difficult sermon topic for today is: Did God abandon His Son?

My God, my God, why have you forsaken me? What do we do with these words that Jesus says on the cross? What kind of father would let his son die on a cross? What kind of father would demand that his son die on a cross? Perhaps these are irreverent questions to ask, but we need to have something to say to non-believers who feel that the cross makes God look like a bloodthirsty mob boss who cares more about getting paid back for the world’s sin than the life of His own son. I wrote my pastor four years ago to ask him if it was okay for me to go to seminary if I was struggling with the cross. He wrote back and told me that he was still struggling with it too. So let’s struggle together with this question: did God abandon His Son on the cross?

One of the main sources of our struggle with this question is a basic misconception of God that has developed in modern times. We picture God as a human being just like we are with arms and legs and a long white beard on a cloud somewhere. Since Genesis says that we are created in God’s image, we assume that God looks like us. When we hear Jesus call God “Father,” we picture a human body – maybe an enormous body that’s invisible and moves at the speed of light, but nevertheless a body that is either standing with us here or far away out there somewhere.

To some degree, the Italian painter Michelangelo did us a real disservice by painting God on the Sistine Chapel as a man with a beard in a cloud. That image has stuck. God tried to protect us against this confusion through the second commandment He gave the Israelites not to represent Him with any graven image. There are all kinds of metaphors used for God in the Bible – He’s referred to as a lion, an eagle, a whirlwind, and a still, small voice – but every time the Hebrew writers compared God to an aspect of His creation, they knew that they weren’t capturing God’s essence. They recognized that our Creator’s invisible qualities can only be described indirectly through analogies in His creation. God’s nature is indeed reflected through the humans made in His image, and Jesus was man and God at the same time, but that doesn’t make God a human.

So how does this change the question of whether God abandoned Jesus? If we imagine God with a human body, then we can picture Him walking away from Jesus, turning His back, or doing things that bodies do. But if God has no physical body and He’s instead the Creator from whom, through whom, and for whom all things exist, as we read in Romans 11:36, then God could not abandon anything in creation without it ceasing to exist.

God is infinitely intimately involved in every microscopic aspect of the universe. Every time two hydrogen atoms combine with one oxygen to form water, God is part of that process. Or at least that’s what it means to believe in a God through whom all things exist. Many atheists don’t believe in God because they object to the Disney cartoon God who sits on a cloud with a lightning bolt. Well, I don’t believe in that kind of God either. The point is that if God really is who the Bible claims Him to be, then He can never abandon anything in Creation. And here’s why that matters: when it feels like God is absent, it’s not because He’s abandoned us, but because we’ve lost our connection to Him.

We don’t have to believe that God is at work in every molecule. We can believe that what we see around us is the product of chaos or a loving Creator; either way, it’s a profession of faith – faith in chaos or faith in God. You can call a sunset nothing more than light photons refracted through atmospherical impurities, or you can see a beautiful work of art made by a loving Father who gets giddy about making moments that take our breath away. We can choose whether or not to see God in His Creation. Of course, if life were all sunsets and Sistine chapel ceilings, then it would be a lot easier to see God’s love all around us.

But our lives aren’t that way, at least not in Fairfax County. We feel poured out like water with our bones out of joint. Our hearts are like melted wax, and our tongues stick to our jaws. About 8 years ago, I couldn’t feel God at all in my life so I tried something called centering prayer. I sat in front of a candle, saying to God over and over again, “Lord, please clear a space for yourself in my heart.” I said it maybe 200 times in a row. I did this for several evenings without feeling much of anything. It took years for me to realize that the prayer had worked.

When you don’t feel God’s presence, that’s the perfect time to worship Him. Worship is the flashlight God gives us to find Him in the darkness. God has never abandoned us, but our spiritual eyes must be trained to see Him. He’s like a radio signal always broadcasting His love through the air around us. If our radios are turned off, that doesn’t mean He’s gone. If we can’t hear Him through the static, that means we’re not tuned into His frequency. Worship is how we tune in. We praise God not just because of our blessings; we praise Him so that we can see His blessings in what we had previously considered the ugliness and boringness of our lives. People who worship God are more grateful than people who don’t not because they’re healthier, richer, or more successful, but because their worship has helped them to see a God who never abandons them in every aspect of a world whose riches mean nothing when they don’t reflect the love of their Creator.

Now here’s how all this connects to Jesus’ words on the cross: My God, my God, why have you forsaken me? First of all, these aren’t just Jesus’ words. They’re the first line of a psalm that Jesus probably learned as a kid. The Jewish people recited this psalm as a way of worshiping God. It might seem strange to us to call such a confrontational question “worship,” but the way that Christians today equate worship with pretending to be peppy and upbeat and pleasant all the time would be bizarre to ancient Israel. True worship means being real with God, bringing our fears and our demons up to the altar to demand and receive God’s deliverance by faith. Though Jesus was the divine Son of God, the cross made Him feel enough out of tune with His Father that He had to cry out for God to tune Him back in.

So how does naming this about Jesus’ words on the cross make God’s perceived absence more bearable? Let me just say this. If Jesus had never showed His humanity on the cross, then the African slaves who wrote the spirituals that are the foundation for blues, gospel, rock, jazz, and every other genre of spiritual or secular music indigenous to America would have had no reason to sing to God as they worked the fields. Their churchgoing masters beat them, but they knew that Jesus was their brother and he’d suffered just like they did. And though their lives were often brutal, short, and tragic, it did not occur to them to question God’s existence because they needed to be His children. They needed to be reminded that they were humans when they were treated like animals. Worshiping God was the only thing they had in life to give them dignity and hope.

So let’s follow the example of those slaves who wrote the best praise music that’s ever been written. If your life has been ugly enough that you can’t see God anywhere, then worship Him anyway and defy the forces of darkness that are trying to keep you down whether it’s your job, an illness, family drama, or the state of our fallen world. If you ask God the very real and legitimate question that Jesus cried out, “Why have you forsaken me?” and you keep on asking that question until you get an answer, demanding an audience with the One who seems like He’s not even there, then one day God is going to show you how He’s been there all along and that moment will feel like a resurrection.

May 16, 2011 The Ridiculousness of the Donkey King
Recent Comments
0 | Leave a Comment
Browse Our Archives
Follow Us! 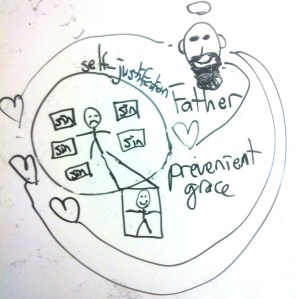 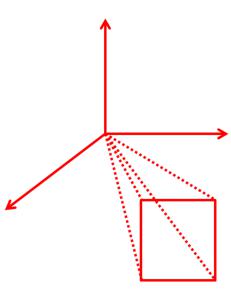