Now when [King David] was settled in his house, and the LORD had given him rest from all his enemies around him, the king said to the prophet Nathan, “See now, I am living in a house of cedar, but the ark of God stays in a tent…” But that same night the word of the LORD came to Nathan: Go and tell my servant David: Thus says the LORD: Are you the one to build me a house to live in? I have not lived in a house since the day I brought up the people of Israel from Egypt to this day, but I have been moving about in a tent and a tabernacle… Moreover the LORD declares to you that the LORD will make you a house. Your house and your kingdom shall be made sure forever before me; your throne shall be established forever. [2 Samuel 7] 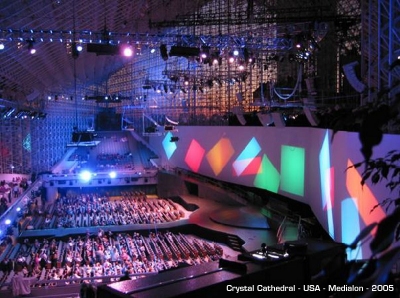 If the Advent Old Testament reading for this week doesn’t immediately make sense because of the arcane language, here’s what’s going on. David is wanting to build God a temple since he feels bad about the Ark of Covenant staying in a tent, but God rejects his offer and chooses “homelessness” instead. Then God flips the script on David by saying, “You’re not going to make me a (physical) house; I’m going to make you a (genealogical) house.” It’s an awesome word-play; it also has a valuable lesson for us today.

We live in an age when people like building fancy houses for God to live in. One example is the Crystal Cathedral (pictured at left) in Orange County, California. It cost about $18 million to construct in the late 1970’s. But by the time the Crystal Cathedral declared bankruptcy in 2010, they owed creditors about $55 million.

I imagine the people who made the decision to spend all that money felt very sincerely that they were doing so for the purpose of honoring God. But it’s very easy to conflate honoring God with showcasing our wealth. I’m not sure exactly where the line is, but clearly it was crossed in this case. And I think that it’s reflective of a deficiency that occurs in theologies which contemplate God’s glory in complete abstraction from His love for our fellow creatures so that our worship has nothing to do with how we treat other people. That’s the way that lights and speakers become more important than the widows and orphans in our community, because we say that “God” deserves them, and nobody can argue with that.

But what if the way to honor God is actually not to build a house for Him, but to let Him build a house for us? We want to glorify God on our terms, to make Him look good in ways that make us look good. What most glorifies God is when we come to recognize our complete dependence upon Him. When we offer our talents and wealth to God as a means of staying in the driver seat and dictating the terms of our relationship with God, then we do so to our spiritual peril.

Thankfully God is merciful enough to grace us with His presence when we have the audacity to build a fancy house for the One who created every piece of matter we would use to do so. Moreover if our wealth and worldly achievements are not too great an obstacle to the movement of God’s Spirit, then He will make those of us who recognize our dependence upon Him into a single house: the body of Christ. It is the same house that God promised to David, granted to us Gentiles by way of David’s descendent and Israel’s anointed king Jesus Christ.

In order to learn how to be the body of Christ, we need to come together in worship. We need buildings that have some modicum of aesthetic sensibility. And these buildings need sound and lighting systems. Sometimes it’s fitting to be extravagant. But always the purpose is to become a better brick in the house that God is building because only God builds eternal things.

December 17, 2011 Mary: God-bearer
Recent Comments
0 | Leave a Comment
Browse Our Archives
get the latest from
Mercy Not Sacrifice
Sign up for our newsletter
POPULAR AT PATHEOS Progressive Christian
1 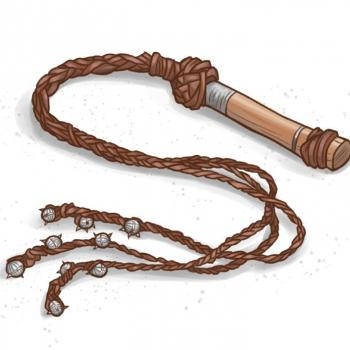 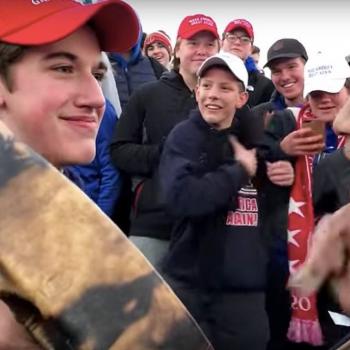 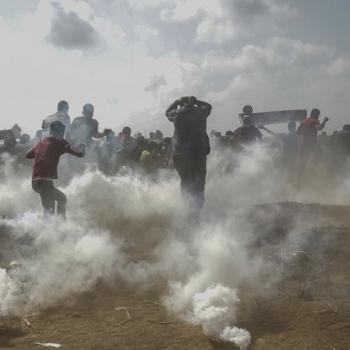