If you need for undocumented immigrants to be punished, then you don’t believe in Jesus’ cross

If you need for undocumented immigrants to be punished, then you don’t believe in Jesus’ cross November 20, 2014 Morgan Guyton

We have a broken immigration system. And it’s broken in a way that is incredibly unfair to people from south of our border who have the wherewithal and the work ethic to come up to the United States and work in the temporary labor market. You cannot get a visa to migrate to the United States if you are a blue-collar independent contractor. The solution is simple: we need about ten million temporary work visas for blue-collar independent contractors. If people could migrate back and forth legally between their hometowns and the US according to seasonal labor patterns, they wouldn’t relocate to the US permanently. Why hasn’t this very logical pragmatic solution been implemented? Because a very loud minority of people in our country need for undocumented immigrants to be punished for breaking the law. Which means that however many of them claim to be Christian must not believe that Jesus took the punishment for the world’s sin on his cross.

I’ve written a lot about the meaning of Jesus’ cross on my blog before. Many progressive Christians reject the concept of penal substitutionary atonement. I don’t. I just reject all the ugly caricatures of it. If Jesus absorbed all the punishment for the world’s sin on his cross, it means two things: 1) I don’t have to be defensive and hide my mistakes from other people, because Jesus has atoned for my sins and I stand on his righteousness, not my own. 2) I am liberated from the insecure self-righteousness of ranting and raving about other peoples’ sins and calling for them to be punished, because Jesus’ atonement covers their sins too. The two are interrelated. When people get on soapboxes about those “thugs” who can’t keep their pants up or those “illegal aliens” who are stealing their jobs, it’s a strong indication that they haven’t yet been saved by Jesus’ cross.

Of course, we need to be clear on what we are saved from. Jesus doesn’t save us from an angry heavenly Father who salivates at the thought of torturing us eternally. Jesus saves us from sin. When we underestimate the massiveness and power of sin, that statement doesn’t make much sense. Sin does not just refer to individual mistakes or violations of rules that happen in isolation. It refers to a global matrix of broken relationships and oppressive systems which humanity desperately needs to be liberated from. Each of us contributes to the demonic shape of our world with our greed, our lust, our envy, our pride, and other sinful attitudes. And we’re owned by this matrix as long as the charges of our sin stand against us. We are set free from it when we are able to put our sins and other peoples’ sins against us on Jesus’ cross.

There are many sins that have been tangled together to create the circumstances which spur people to make the very dangerous journey of crossing our border illegally. Unfair trade agreements like NAFTA and CAFTA. The insatiable appetite for drugs in the United States that has made so much of Mexico and Central America into lawless war zones. The US-sponsored terrorism that was carried out in Central America in the civil wars of the 1980’s. There is plenty of blame to go around. And Jesus wants to take all of the blame and put it on his cross. Those who have accepted Jesus’ penal substitution on the cross should not need retributive justice after that. We are saved from retributive justice forever by the retributive justice of the cross. Otherwise, penal substitution is just a ruse.

This doesn’t mean that justice and exposing the truth doesn’t matter. It means rather that we can pursue restorative justice instead of retribution because the retribution has already been handled by Jesus. It’s true that every crime causes damage to a community that needs to be repaired. People who commit crimes need to face consequences for their actions in order to be rehabilitated and reconciled to their community. But for those of us who believe that Jesus was punished for the world’s sins, there should be no need for punishment as punishment.

Jesus makes this clear in his parable of the unmerciful servant in Matthew 18:21-35. If the debt of our sins has been paid, we have no right to hold the debt of other peoples’ sins over their heads. To demand that others get punished for their sin constitutes a rejection of the mercy that we’ve received from Jesus’ cross. Again, this doesn’t mean that we shouldn’t discipline our children or file lawsuits against crooks that cheat us. But we do these things for pragmatic reasons, not out of a need for vengeance. Punishment for the sake of punishment has no place in Christian ethics if Jesus’ cross really does absorb all the punishment for the world’s sins.

Now let me clarify what I’m not saying with regard to our immigration crisis. I’m not saying that the border should be completely open to whoever wants to cross whenever they want to. There needs to be an honest, pragmatic examination of why people are coming here and what they’re doing when they come to figure out what combination of border security and reforms to our visa system is needed. It’s not about “forgiving” people who broke the law; it’s about coming up with an immigration system that honestly addresses the economic patterns of our hemisphere. But this rational approach to the challenges of immigration will never happen as long as there are loud, angry people who need for vengeance to occur. I don’t know how many of these loud, angry people are conservative evangelicals, but I’m afraid a lot of them are. Christians have no excuse for being obstacles to a rational solution for this problem. Not if penal substitution has any meaning at all. 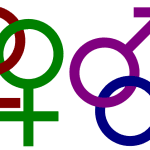 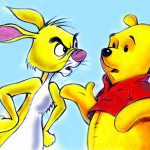