How would Jesus behave on social media?

How would Jesus behave on social media? May 11, 2015 Morgan Guyton

Christians behave badly on social media. We’re rude. We’re arrogant. We gossip. We spread rumors. We’re not nice like Jesus would be. Or would Jesus be nice? Based on how Jesus acted in the Bible, how would he behave if he were on social media today?

1) He would be both kind and rude but never nice

Jesus was never nice to people, at least not in the southern genteel way that I was taught to be nice. He didn’t practice the art of speaking delicately and inoffensively. He was very blunt and forthright with everyone he spoke to. He wasn’t even polite to his own mother. When she asked him to do something about a wedding banquet in Cana that was running out of wine, he said back to her, “Woman, what concern is that to you and me?” (John 2:4). Though Jesus was rude to people, he was also kind, especially to the people with ailments and disabilities whom he healed as well as any children who were around.

I’m used to thinking of Jesus as hanging out with the outsiders, “the tax collectors and the prostitutes,” to use his language. The gospels pit Jesus against “the Pharisees,” who were the religious insiders. The problem is that tax collectors and prostitutes were two very different categories of people. Prostitutes were the type of outsiders that progressives like me would champion. But what made the tax collectors offensive to the Pharisees is what makes the Koch brothers offensive to progressives today. They betrayed and exploited their own people in collusion with the Roman Empire. And Jesus was eating and drinking with them. When the Pharisees called him out for condoning their behavior with his presence, he said, “I have come not to call the righteous but sinners” (Matthew 9:13). On social media today, Jesus might piss off the conservatives by sharing blog posts from heretics like the Samaritan he made into a hero of his best parable. But he would also piss off the progressives by taking selfies with rich white guys at conferences that were the opposite of intersectional.

3) He would call everybody out, especially those who were “on his side”

Though there was certainly a kind and gentle side to Jesus, he could be brutal, especially with his own disciples. He was constantly insulting them and marveling at their supposed lack of faith and stupidity for not understanding his bizarre, esoteric parables. It’s always really corny when preachers try to pretend that Jesus’ disciples really were a bunch of idiots and that he was being perfectly reasonable to call them that. None of us would have done any better trying to understand a man who constantly spoke in riddles. Jesus’ best friend Peter got the worst of it. Jesus called him Satan (Matthew 16:23) only a few verses after telling him that he was the “rock” on which he would build his church (Matthew 16:18). If Jesus were on the Internet today, he wouldn’t spare anybody. He would rip us to shreds on our own terms. He would expose all the subtle heresies of the doctrine warriors and make plain all the underlying selfish agendas of the social justice warriors. The only way to avoid Jesus’ critique would be to avoid acting like you were an expert about anything.

4) He would stick up for people when they screwed up

Jesus could be ruthless in his arguments with the Pharisees and his disciples, but when people did clumsy or socially inappropriate things that triggered others’ criticism, he always stuck up for them. When a “sinful” woman came into a dinner party at the home of Simon the Pharisee and gave Jesus a completely inappropriate erotic foot massage with her hair and her kisses, he laid into Simon just for shooting her a dirty look (Luke 7:36-50). Jesus names all the ways Simon has failed as a host and all the ways the woman exceeded his hospitality. Later on in the story, another woman came after Jesus with a super-expensive bottle of perfume which she smashes and dumps all over his head. The socially conscious disciples in the room started hollering about how that bottle could have been sold and the money given to the poor. And Jesus turned this woman’s clumsy, well-intentioned gesture into the dignified burial anointing she didn’t know she was performing. He said, “Wherever the good news is proclaimed in the whole world, what she has done will be told in remembrance of her” (Mark 14:9). So what would Jesus do on social media if he encountered a hashtag shame-storm against somebody who said something really dumb they shouldn’t have? I don’t know, but I would hate to be on the business end of one of Jesus’ tweets in response.

Jesus’ basic principle for how he interacted with people in the gospel stories is summed up by James 4:6, “God opposes the proud but gives grace to the humble.” In addition to his fierce defense and gentle healing touch for those who have been wounded and stepped on by society, Jesus would be gracious and empowering to people who are capable of self-criticism and ask genuine questions that aren’t designed to make them look smart or build a platform. But he would be pretty rough on those of us who like to feel superior to others, regardless of which ideological tribe we follow. Whenever I’m feeling deliciously self-righteous and “prophetic,” knowing that Jesus is 100% on my side and the people I’m denouncing are complete imbeciles, that’s the moment when I should expect him to say, “Get behind me, Satan!” 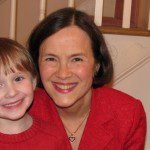 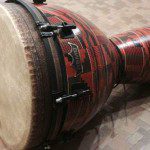 There will be no highlights on...
slacktivist
Related posts from Mercy Not Sacrifice