Jesus would have met with Kim Davis and Gene Robinson

Jesus would have met with Kim Davis and Gene Robinson September 30, 2015 Morgan Guyton 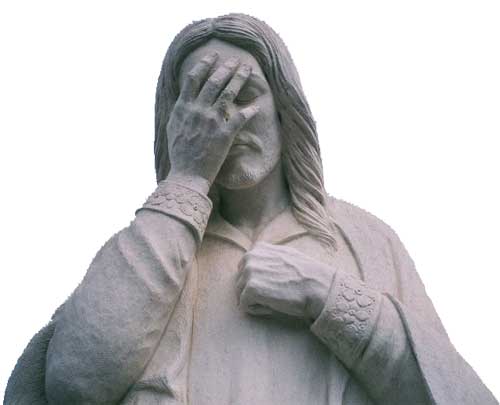 Nothing makes Jesus facepalm more than the stupid oversimplifications of our culture war. Apparently, some culture warriors scored an audience for Kim Davis with Pope Francis. And the Internet has exploded. Because when you meet with somebody, it means that you endorse everything they have ever said and done. The fact that Pope Francis didn’t cancel his White House visit when he learned that the gay Episcopal bishop Gene Robinson was going to be there made it look like the Roman Catholic Church had officially endorsed same sex marriage. So of course he had to meet with the anti-gay movement’s latest messiah or else his confused local priests would have started gay-marrying people this week. Do Gene Robinson and Kim Davis cancel each other out? Does Pope Francis’ speech about the family in Philadelphia cancel out his speech about climate change in front of Congress? Is the pope with “us” or with “them”? Is he sufficiently “balanced” in his speeches and meetings? Does he make sure that he says the word “immorality” exactly twenty times in every speech where he says the word “greed” twenty times?

Of course, Kim Davis wasn’t just one member of a 15,000 person audience like Gene Robinson. It was a personal audience. So that means the anti-gay side wins. And all the right-wingers who were hate-tweeting the pope a few days ago when he dared to criticize corporate greed and pollution can write blogs gushing with love about how they’re all ready to convert to Catholicism now.

If there’s one thing that we should have learned from the way that Jesus interacted with people, it’s that solidarity is not the same thing as endorsement. Christians today whose identity depends upon knowing they’re right and their side is winning show that they’ve rejected God’s gracious solidarity which says you’re all wrong but I stand with you anyway. If you’re gleefully using the pope’s meeting with your anti-gay hero as a source of self-justification, then you aren’t justified by God’s grace.

I totally respect why LGBT people would feel slapped in the face by the fact that the pope met with Kim Davis. It’s a real shame that he didn’t make Kim Davis sit down with an LGBT Christian like Gene Robinson. That would have been the ultimate pastoral move. I don’t blame the pope because I suspect that the arrangements were made by his handlers and the culture warriors behind the publicity stunt.

But I really believe that Jesus would have sat down with both Kim Davis and Gene Robinson at the same time. Of course, he wouldn’t do so in order to appease my sense of “fairness” and “balance.” He would only do it if that were the best way to help both Kim and Gene grow spiritually. Because when Jesus met with people, it wasn’t to endorse them. It was to call them to discipleship and reconciliation. He didn’t dine with Zacchaeus to say I love what you’re doing. He didn’t dine with Nicodemus to say Pharisees are the best. Jesus dined with people whom he wanted to love and make more loving. Maybe that was the pope’s real agenda, however naive.

Who knows? Maybe Kim Davis will start praying with the rosary beads the pope gave her at their visit. Maybe when Kim directs her prayers to the mother of God instead of her wretchedly wrathful deity, she’ll soften up and realize that God doesn’t send people to hell for signing gay marriage certificates even if she still doesn’t want to sign them. Maybe the pope’s gesture will result in a net gain for goodwill and love over self-righteousness and hate. Of course there are plenty of people who will exploit it for the sake of their own self-satisfaction. It’s too much fun to ridicule the “other side” for their hypocrisy. It’s too much fun to enjoy being “surprised” and “disappointed” by the pope or “surprised” and “disappointed” by those idiot progressives who thought the pope was “on their side.” Scorn is the most popular spiritual fruit in the American church today.

I wonder if Pope Francis is as subversive in his choice of words as Jesus was with his. If that’s the case then for him to say he supports provisions for “conscientious objection” in our government without any direct reference to gay marriage should not be reduced to taking a side in the culture war. I don’t think Francis is a dummy. Conscientious objection has a very specific meaning. It’s almost always been used as a term for people who objected to military service. You can use conscientious objection to get out of a military draft or request a non-combat role in the military. You cannot use it to sabotage a battlefield by ordering your subordinates to hold their fire while the enemy slaughters them. Kim Davis was not behaving as a conscientious objector when she disallowed her deputy clerks to provide gay marriage certificates. So the pope wasn’t talking about her. Or maybe I’m just in denial. Because of course by meeting with her, Francis “proves” that he had her specifically in mind when he said “conscientious objection.”

But whatever. This whole thing is so ridiculous. I wish I could meet with Kim Davis. I wish I could meet with the LGBT couples she rejected. I wish we could all have a big potluck together with bocce ball and karaoke. I wish we were all trying to build community instead of dealing with our own alienation by heaping scorn on our enemies. I wish we could all be saved from our need to turn every news headline into something else to be outraged with our enemies and satisfied with ourselves about. 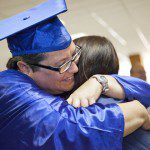 September 29, 2015
Two simple theological reasons why no evangelical should ever support the death penalty
Next Post 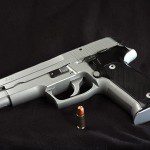 October 5, 2015 I'm grateful that my father never owned a gun
Recent Comments
0 | Leave a Comment
Browse Our Archives
get the latest from
Mercy Not Sacrifice
Sign up for our newsletter
POPULAR AT PATHEOS Progressive Christian
1