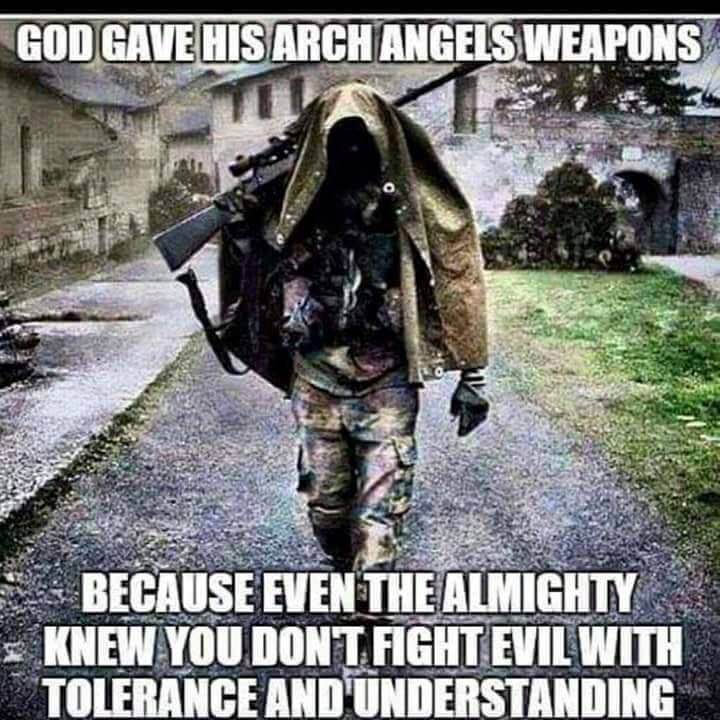 We don’t know exactly what motivated the white terrorist who attacked a Planned Parenthood clinic in Colorado Springs this week, but this disturbing terrorist meme came through my facebook newsfeed this morning. It does a good job of pulling together several aspects of a toxic Christian theology that have promoted terrorism (YES, terrorism) over the past five hundred years of colonial violence that European Christendom has inflicted against millions of brown people throughout the world. White Christians and the recipients of their colonial evangelism continue to trade uncritically in this toxic theology which has been restrained from its violence largely by the secularization of our culture. So here’s where I see three important ideological seeds of past and future Christian terrorism expressed in this toxic meme.

1) A Manichean demarcation of humanity into good and evil sides

What does the phrase “fight evil” mean? The ancient Christian saints would teach us that the best place to “fight evil” is in our own hearts, because “all have sinned and fall short of the glory of God” (Romans 3:23). All that Christianity has to say about sin is only of value to me if I come to the same conclusion as the apostle Paul who says in 1 Timothy 1:15 that he is the “chief” of sinners. “Fighting evil” only becomes about fighting another group of people instead of my own temptation if I’ve divided the world into good and evil people, which is precisely what Christian teaching about sin is supposed to protect us from doing.

The idea that humanity can be divided neatly into good and evil categories is a principle of Manichaeism, a religious movement that coexisted and intermingled with Christianity in the first few centuries of its existence. Its most defining feature was its dualistic cosmology in which everything in the universe is either on the side of good or evil. The Christian theologian Augustine was a Manichee before he was a Christian and some argue that Augustine’s thought is tainted by his Manichean roots.

This comes out particularly in Augustine’s controversial doctrine of predestination in which some people are predestined before time by God for election and heavenly citizenship and others are predestined for damnation and torture in hell. Several verses in the Bible can be read to support this framework after the framework has been provided. But making biblical references to “predestination” about establishing two clear and distinct categories of humanity requires an extra-biblical Manichean hermeneutic. A dangerous appropriation of this doctrine results in the idea that the lives of the damned (brown people) are expendable and worthless while the elect (white authority figures) are given blanket impunity for all of their sins.

Augustinian predestination has its most perverse expression today in the drone policy of the US war on terror. Because the lives of the elect (US military) are sacred, sending ground troops or even human pilots to go after terrorists is out of the question. This is what justifies the higher rate of “accidental” killings of the damned (brown foreign civilians) caused by drones. The reason that the drone killing of civilians cannot be called terrorism is because the elect are the ones doing it. Is this an unfair caricature of Augustinian Christian theology? Absolutely! And it’s an unfair caricature that has being actively deployed in our world by millions of “elect” European colonialists (aka white supremacists) against millions of “damned” brown people for centuries.

The two most important things that the Bible teaches about sin are that all of us are guilty and all of us are pardoned. While there are references in the Bible to divine election, these always occur as an expression of vocation. As God says to Abraham in Genesis 12:2, the real elect are blessed in order to be a blessing to all. The real elect are those whose acceptance of God’s mercy has delivered them from the most satanic of human temptations: blame.

The real elect are not obsessed with assigning blame because they believe not only Romans 3:23’s declaration that “all have sinned and fall short of the glory of God,” but also Romans 3:24’s immediate insistence that all of these sinful human beings “are now justified by [God’s] grace as a gift, through the redemption that is in Christ Jesus.” What distinguishes a Christian from a non-Christian is not that a Christian is forgiven by God and a non-Christian isn’t, but that a Christian defines everyone as a forgiven sinner and thus refuses to do anything out of retribution since Jesus has absorbed all retribution into himself on the cross. Damnation is to choose a life of blame and self-justification over a life of mercy.

2) A contempt for “tolerance and understanding”

Christians who have been humbled by their understanding of sin and election recognize that our calling in the world is to be “ministers of reconciliation” (2 Corinthians 5:18). In other words, our self-suspicion and obedience to God’s goal of a reconciled humanity is supposed to equip us to promote “tolerance and understanding” in every contentious social context where we find ourselves. Few things would be stranger to early Christians like the apostle Paul than the contempt for “tolerance and understanding” that is ubiquitous in grassroots conservative evangelical Christian subculture.

How did  “tolerance and understanding” become such terrible, contemptuous things? It’s because they’re viewed as the affirmation of a lukewarm, pluralistic culture where everyone’s opinion is equally valid and there’s no such thing as truth. The “liberals” who promote “tolerance and understanding” are perceived to be unwilling to tell “the truth” about evil since they don’t want to offend anybody. Having simple explanations and easily delineated blame for social problems signifies choosing “absolute truth” over “moral relativism.”

So speaking “the truth” means having the “courage” to say things like black kids are more likely to commit crimes because they’re born out of wedlock, Muslim terrorists commit terrorism because Islam is violent, and people who migrate to the United States without a visa are illegal aliens. The reason these statements aren’t true isn’t because truth doesn’t exist but because truth isn’t that simple. They are oversimplifications that may be partly true in some cases, but are violently untruthful when presented as the full truth. But if believing in truth is the same thing as believing that truth is simple, then the most offensively intolerant person is the most truthful, courageous person.

This is why Donald Trump is so scandalously popular in grassroots conservative evangelical culture. I don’t think he actually believes anything he says, but he has built his brand off a brilliantly cynical exploitation of the grassroots conservative evangelical infatuation with the “truth” of political incorrectness. The more that Trumpism is mainstreamed into conservative politics, the more likely that desperate, mentally unhinged Trump disciples will go beyond internet trolling and become actual terrorists who use deadly force to “fight the evil of tolerance and understanding.”

Real Christianity does not need for truth and blame to be simple. It is the inextricable complexity of our sin that requires Jesus to pay the price for it on the cross. If every crime were easily adjudicated, there would be no need for a blanket pardon of humanity. The problem is that all of us are oppressed oppressors to varying degrees who hurt others because we’ve been hurt. All of us are plaintiffs and defendants at the same time in God’s court, which is why God accepts the blame in Jesus and cancels the sentence for all who will accept his pardon.

The more that Christians mature spiritually, the more we seek to sympathize with and understand the perspectives of our fellow sinners (especially our self-avowed enemies) who are not one-dimensional Disney villains but complicated tragic heroes, none of whom are the same, but all of whom are a mix of wretchedness and beauty. If Christians actually lived into our vocation as ministers of reconciliation, we would be the ones most known for creating “tolerance and understanding” wherever we went.

Are there angels and demons? Sure. An angel is anyone who delivers a message from God and a demon is any entity or social force that actively sabotages God’s will for humanity. That’s how I define them anyway. It really doesn’t matter to me whether they are supernatural figures or anthropomorphic symbols used to explain the paranormal. And it doesn’t change anything about my discipleship. When Christians grown infatuated with speculation about spiritual forces supposedly at work behind the scenes of the physical world (a phenomenon sometimes called “charismania”), it can create a dangerously nihilistic misanthropic worldview.

The apostle Paul anticipated this problem in the opening of his letter to Timothy (1 Tim 1:3-5):

I urge you, as I did when I was on my way to Macedonia, to remain in Ephesus so that you may instruct certain people not to teach any different doctrine, 4 and not to occupy themselves with myths and endless genealogies that promote speculations rather than the divine trainingthat is known by faith. 5 But the aim of such instruction is love that comes from a pure heart, a good conscience, and sincere faith.

It really doesn’t matter when the world is going to end. The apostle Paul tells me to live every day as though the world will end tomorrow. Likewise it doesn’t matter if there are actual supernatural angels and demons duking it out behind the scenes. The only weaponry I have against them are the spiritual devotional practices Paul describes as the “armor of God” in Ephesians 6.

I’ve used the term “spiritual warfare” before, and every time I pray, I do so as one participating in a great battle. I’ve seen too much evil to doubt that there are powerful spiritual forces opposing God in the world. Whatever they actually are, I use the same symbolic language that scripture uses about them when I pray and preach. The danger happens when I conflate spiritual warfare with physical warfare. Satan wins when I define another person or country as the Great Satan and use that to give myself divine sanction for killing other people. I’m not a pacifist. But I don’t think war is ever something God is happy about. Every war is a repudiation of the sacrifice Jesus made for the sake of bringing peace to humanity. The only war I am commanded to fight as a Christian is a spiritual war against my own demonic corruption. 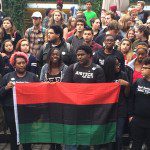 November 25, 2015
I'm thankful for the "ungrateful" protesters
Next Post 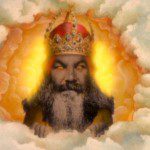 December 3, 2015 Is God's sovereignty threatened by the regulation of guns or pollution?
Recent Comments
0 | Leave a Comment
Browse Our Archives
get the latest updates from
Mercy Not Sacrifice
and the Patheos
Progressive Christian
Channel
POPULAR AT PATHEOS Progressive Christian
1