Is transgender bathroom panic the gay marriage of the 2016 election season?

In 2004, many political analysts concluded that the threat of gay marriage was the hot-button issue that gave George W. Bush a second term in the White House. A recent article reports that transphobic bathroom laws are the latest strategy by the religious right to galvanize their base for the elections. The North Carolina Republican Party is making it clear that their infamous new law has been an election year gambit to pull a Willie Horton on NC attorney general and governor candidate Roy Cooper. There’s a new narrative being spun across the country that little girls need to be protected from those pervy transwomen despite zero evidence of transgender people ever exploiting their identity to abuse children. Far more children are molested by adult authority figures in their churches (like my church basketball coach) than in public bathrooms.

If there’s one thing that has made me rip my hair out as an evangelical Christian over the last three decades, it’s the way that politicians have cynically exploited fear and wedge issues to win the votes of my people. Nothing about this has anything to do with family values. Nothing about it has anything to do with Christ. And yet there are prayer rallies being held to defend the bathrooms against people who are different. The entire witness of the church is being sabotaged by cynical politicians who use “family values” stunts to trick people into voting for them. We cannot let ourselves be held hostage any longer by culture warriors who don’t mind destroying our evangelism for the sake of their political power.

Under segregation, the threat to little white girls was horny black men who needed to be kept on their side of town. More recently, the threat to little boys and girls alike were the homosexuals who sneak into public schools to recruit people for their “movement.” Because homosexuals can’t reproduce, the only way they can keep their “movement” going is if they recruit elementary school kids. That’s what the propaganda literally said. And it worked even ten years ago, but now it’s become untenable, so the religious right needs a new bogeyman to put in their fundraising letters. And that’s how bathroom panic became the latest iteration of the same bogeyman that has defined white evangelical consciousness since its origins in segregation.

Writing protections for transgender people into anti-discrimination codes is not some kind of “political correctness” run amok. There are real safety reasons for doing so. Transgender people are often assaulted and sometimes even murdered in public restrooms. So being able to use the bathroom that corresponds to their gender identity is a question of avoiding physical violence. Furthermore, the bathroom witch hunt doesn’t just ensnare transgender people but anyone who doesn’t conform to the physical appearances of the gender binary. Already feminine-looking men and masculine-looking women are getting carded for the potty.

Thankfully, the North Carolina transphobic bathroom law has triggered a strong backlash from the business community. That’s the major difference from 12 years ago. The market has shifted. It’s now toxic for businesses to hate LGBT people (with the exception of the Christian persecution niche film industry which will soon produce a sequel in the God’s Not Dead series called God’s Not Trans to bring in some more megachurch dollars to the same film studios who make R-rated movies that the same megachurches denounce). My hope is that the coalition of free market ideologues and religious right is rapidly splintering. Why should Wall Street capitalists support a barely literate loose cannon like Donald Trump or a scary Christian dominionist like Ted Cruz when they’ve got such a reliable puppet in Hillary Clinton? I really don’t have a dog in that fight except that I want my church back from its three decades of political captivity to carpetbaggers like Tony Perkins and Ralph Reed.

I hope the electoral coalition of the Reagan era will finally collapse, so that being conservative doesn’t have to mean that you love bombing Arabs and giving tax breaks to rich people while you hate poor people, immigrants, and LGBT people. There are so many better ways to be conservative. Just read Pope Francis’s Amoris Laetitia. That’s a genuinely conservative document that is filled with love. It’s gotten so bad that an entirely traditionalist global Christian leader like Francis is considered a dangerous left-wing radical because he wants to communicate with humility and acknowledge the humanity of people whose lives are “irregular” according to church teaching.

My prayer is that this election season will prove to be such a devastating defeat for the culture warriors that they will renounce their relentless quest for political power and stop destroying our church’s witness in this country. How many millions of people have been lost to the gospel because so many Christians were willing to be manipulated into a voting bloc? It was not always this way. Before 1980, there was nothing terribly odd about being a progressive and being a Christian at the same time. The conservatives I know who actually put the kingdom of God first are just as concerned as I am about the way that our culture wars have alienated the left half of our country from ever considering the possibility of Christianity. The apostle Peter says that we should never give others any cause for scandal other than our devotion to the gospel. I long for the day that God’s radical grace will be the only thing scandalous about the church.

April 22, 2016
Responses to a thoughtful book critic
Next Post 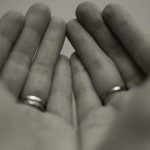 April 24, 2016 In what sense are we called to be empty?
Recent Comments
0 | Leave a Comment
Browse Our Archives
Related posts from Mercy Not Sacrifice