Is Jesus the only way to God?

This week’s Crackers and Grape Juice episode addressed the question “Is Jesus the only way to God?” We answered this question as we answer most questions by saying it depends on what you mean. The most common Bible verse that people cite when they make a claim about Christ’s exclusivity is John 14:6, where Jesus says, “I am the way, the truth, and the life; no one comes to the Father except through me.” Like many biblical proof-texts, this one is usually taken completely out of context.

When Jesus says he’s the way, the truth, and the life, he wasn’t answering a question about whether Buddhists and Hindus go to hell; he was reassuring Thomas, who had said, “Lord, we do not know where you are going. How can we know the way?” (John 14:5). One of the first things we need to admit about Jesus’ statement is that it’s very cryptic. He used three specific words: way, truth, and life. Clearly, he had a specific meaning. But we can only speculate about the meaning of these words based on the context of John 14. He doesn’t spell out how he is the way, the truth, or the life, which means that we can only speculate about how people come to the Father through Jesus based on this verse.

A friend shared an important quote from NT Wright today on Facebook: “Very often people have come to the New Testament with the presumption that ‘going to heaven when you die’ is the implicit point of it all… They acquire that viewpoint from somewhere, but not from the New Testament.” People who superimpose the evangelical afterlife insurance gospel onto John 14 turn “coming to the Father” into “going to heaven” without even thinking about it, just like they presume the word “save” means “allow into heaven” every time it’s used in the New Testament, which isn’t a valid assumption at all.

If we want to find a better way to interpret John 14:6, we need to keep reading in the passage. Verse 7 says, “If you know me, you will know my Father also. From now on you do know him and have seen him.” This prompts a reaction from Philip, who says, “Lord, show us the Father, and we will be satisfied.” And Jesus responds, “Have I been with you all this time, Philip, and you still do not know me? Whoever has seen me has seen the Father. How can you say, ‘Show us the Father’? Do you not believe that I am in the Father and the Father is in me?”

In other words, the focal point of John 14 is not the eisegetical modern concern with getting into heaven. It’s about how Jesus exclusively reveals the Father. Unless this passage is completely non-sequitur, that’s the point of Jesus saying he is the “way” to the Father. It’s not that there’s some magic prayer we say about Jesus or propositional declaration we make about Jesus that gets us into heaven; it’s that Jesus shows us exactly what the Father is like in a way that nobody else ever has.

Perhaps it’s helpful to look at how the apostle Paul handled his encounter with the religion of the Athenians in Acts 17. He says in his speech to them: “As I went through the city and looked carefully at the objects of your worship, I found among them an altar with the inscription, ‘To an unknown god.’ What therefore you worship as unknown, this I proclaim to you” (Acts 17:23). Then he goes on to share the gospel with them using words from their religious canon to explain it.

When Paul says, “In him we live and move and have our being” and “We too are his offspring,” he is quoting poetry the Athenians considered no less sacred than we consider our Bible to be. Think about it. If Paul were in Mecca, he would have framed his evangelism to the Muslims by quoting the Koran to illustrate his point. If Paul were in India, he would have used the Upanishads. So if everything that comes out of Paul’s mouth is divinely inspired and he quotes another religion’s canon, then what status does that accord to the other religion? It shows at least that there is the potential for important truth in other religious canons.

In the most straightforward reading of Paul’s evangelism, he’s telling the Athenians that what they worship as unknown is really Jesus! If this account of Paul’s evangelism is allowed to inform how we read John 14 by virtue of belonging to the same Bible, the implications are profound. To say that no one comes to the Father except through Jesus doesn’t make any explicit claims about what people must do to come to the Father through Jesus; it simply says that Jesus is the one they are going through if they reach the Father. If Paul is right, then people can worship Jesus unknowingly and thus reach Father through him unknowingly.

Now this in no way insinuates that every religion is equally valid. To be a Christian means that I believe Jesus tells the right story about God. If I want to connect with God authentically, I need to read the right story about him and live inside of that story. For Christians, Jesus is the canonical measure of what any other religion claims about God. To me, Jesus’ claims in John 14 mean that Islam, Judaism, Hinduism or any other faith are right insofar as they depict a Jesus-shaped God and wrong insofar as they diverge from Jesus’ revelation. If I’m unwilling to say there’s anything that other religions get wrong, then I am a spiritual pluralist, not a Christian. But they don’t have to be utterly wrong, just like the Athenian poets Paul quoted weren’t utterly wrong.

So what about salvation? Can people be saved by Jesus without knowing or believing in him explicitly? To me, that’s the great mystery. I don’t think it’s responsible to answer yes or no definitively. If we claim that any particular act or belief is a requirement for Christian salvation, then what we’re saying is that we save ourselves through whatever requirement we have defined. If Jesus is really the one who saves us, then it’s his prerogative how he does it. Even if there’s a regular way in which it happens, we must accept that Jesus can work through irregular means if he chooses. Otherwise, we put ourselves in control, not Jesus.

My podcast-mate Jason made the important point that Christian salvation is simply participation in the life, death, and resurrection of Jesus. The apostle Paul exhorts us not only to live like Jesus but to be crucified and resurrected with Jesus. This is the way to experience eternal life right here and right now. The apostle Peter refers to it as “participation in the divine nature” (2 Peter 1:4). It’s not just about going to heaven after we die; it’s about becoming divine in Christ, who is our only source of divinity. We don’t have to wait till we die to live in communion with God, which is the incredible experience of fully authentic humanity.

I wonder if the reason so many Christians obsess over a “Disneyland in the sky” version of heaven is because they’ve never actually tasted the kingdom of God. Once you taste it, you realize that heaven is already here, and the only thing you want is to dive deeper into that reality. I’ve had a few tastes, and it’s made me realize that I spend far too much of my life in the hell created by my sinful self-obsession. Jesus is the only antidote I’ve found to my poisonous soul. I cannot imagine any other story or any other name for the one who is saving me. 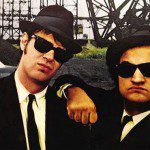 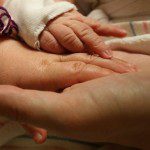