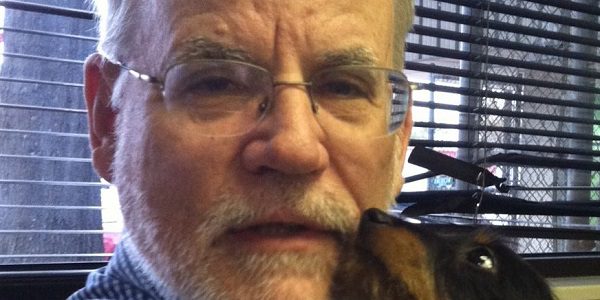 My Facebook friend Lee Wyatt has written a book called The Incredible Shrinking Gospel about the way that the gospel in American Christianity has been reduced to so much less than the gospel really is. One of the things Lee is really passionate about is reaching people who don’t feel bad about themselves which the Four Spiritual Laws gospel seems to require. Here’s what Lee has to share about his book.

MG: Where should we start?

LW: It’s titled “The Incredible Shrinking Gospel.” It’s about the truncated gospel that underwrites the western gospel of Billy Graham and the four spiritual laws. it’s in two parts. Part one is a fleshing out of an “unshrunk” gospel. After a chapter setting the scene, two follow on “gospel” and “kingdom.’ The heart of part 1 are a series of seven chapters: The Jesus Read, Creed, Need, Bleed, Seed, Feed, and Deed. Part 2 is about evangelism and with the help of Bonhoeffer I break some new ground (I think) about approaching people in their strength rather than their weaknesses. The form of the church in a new age I explore in a variety of ways.

MG: So how would you summarize the unshrunk gospel?

LW: I do in several ways in the book. Kingdom-centered (though today I would say Temple-centered, but that’s another story). about God’s purpose from the beginning to have a world of human beings with who he could share life and love as we carry out the human vocation given us in creation to be God’s royal priests. Jesus’ life, death, and resurrection are about not only reclaiming us from sin (the core of the default western gospel) but ultimately about restoring us to our primal dignity and vocation. The SHRINKING gospel stops short of that last part and unwittingly becomes what I call “The Gospel of defeated God” (that is, one who can’t fulfill his ultimate purposes and has to settle for saving some souls, for a disembodied life in a spiritual sphere (heaven).

MG: So if you were a campus minister like me and you had to get college students excited about being God’s royal priests, how would you pitch the idea to them?

LW: I’d work with vocation. College kids are trying to figure out what to do with their lives. As royal priests the vocational question gets refocused. It’s no longer our job or career path. Now its about how we live as royal priests in whatever job or career we launch o . We don’t have to worry about finding “the” place God wants us to work or we miss our calling. Our calling tis to be royal priests in whatever endeavor we decide to pursue. If there is a particular place or job wants us to do, like Moses and Paul, we may trust he will make that known to us.

MG: What does it look like to be a priest? It sounds boring and super-detail-oriented.

LW: Priests stand between God and the world mediating God’s word to the world and the world’s needs and hurts to God. It’s people-oriented and shalom-focused. Meeting human need in light of God’s passion for shalom as we see it in Jesus. Helping folks find the core and heart of their lives and breaking every boundary they encounter to do that for those around them.

MG: I like the way you’ve defined it. I thought it was just about oil and incense and wine or something. I particularly like what you said about helping people find the core and heart of their lives. Can you give an example of what that’s looked like in your experience of priesthood?

LW: As I discovered this way of seeing my life I was led out of the traditional church. The structure and ethos of the local parish church seemed to me antithetical to developing the relational infrastructure and connection to the world needed. Priests may spent their time in the temple, but for Jews the temple was the very center of the world. Spending most of my time in the church and about its business was not for me being in the center of the world in a priestly sense. SO I left that ministry to pursue writing, speaking, and living toward new forms of church in the world.

MG: That’s really interesting. So where do you find your temple today? Who joins you there? What sorts of liturgies take place?

LW: My conviction is that the neighborhood is where the church needs to be. That’s my temple I guess. We’re working to seed small; communities of folks 12-20 people in as many neighborhoods, apartment complexes, other living situations, etc. I find the best guide to all is Alan Roxburgh and his associates in the Missional Network. Their focus is on discerning what God is already doing in the neighborhood.

MG: That’s cool. I’m familiar with Alan’s work. So do you see a connection between the shrunken gospel theology and the ecclesiology of stagnant institutional-church centered Christianity? What kind of theological shift is required to generate a healthier missional ecclesiology?

LW: Shrunken gospel is individualistic (my salvation and life in heaven after death). My proposal is intrinsically communal and needs imho a thorough rethink from the ground-up. It begins with the life people share and then whatever form that life takes which is nearly infinite. infinite and indigenous. We’ve had few truly indigenous North American churches. Maybe the independent Bible church is it. But anything vital will have too break out of the shape of church as we have known it. Part 2 of my book deals with a good bit this stuff.

MG: Interesting that you talk about indigenous North American churches. Would this be in contrast to churches that are defined by 16th century Europe?

MG: So how can white Christians throw off Euro-tribalism?

LW: I think it means trying to forget everything we think we know about church and try to rethink it in light of scripture and the dynamics, esp. racism, sexism, homophobia that seem to have us by the balls. I have a book on “What Bonhoeffer Would Say to the North American Church” that gets in all this in more detail.

MG: Let’s get into part 2 of your book where you talk about evangelism and engage some Bonhoeffer. Tell me more about “approaching people in their strength rather than their weaknesses.”

LW: Bonhoeffer despises poaching on people in their weaknesses and sins to bring the gospel to them. He wanted a gospel that could address people in their strength and successes. An understanding of idolatry as the basic human problem and a  theology of the cross. People don’t have to be conspicuous “sinners” or evil people who “need’ forgiveness. the gospel addresses the strong and successful, those whose lives are going well and feel no evident need for forgiveness with a query about who or what they serve and a call to join together in seeing the world from the perspective of those who suffer.

MG: So it’s more of a message of come and join the movement.

LW: Like Jesus. He called people to come and follow. Not get forgiven. I suspect many followed him first, joining God’s kingdom movement and discovering forgiveness later. I think we need to address people more as beloved children of God to whom God offers the dignity and vocation they have forfeited rather than sinners who have failed. The gospel is about reclaiming us from sin but that’s a necessary but not sufficient expression of the gospel. Restoration to our created dignity and vocation (royal priests) is the true call of the gospel.

MG: It is interesting that Protestantism has modeled its understanding of salvation after the desperation of an anxious, ruthlessly self-critical monk who had been a Christian for a long time before he renounced works righteousness and discovered justification by faith. We’re expecting pre-converts to be in the same place as a self-flagellating Martin Luther.

LW: Yep. That’s so colored everything in American Christianity.

MG: So what does a “come and follow me” gospel have to offer people who already have a balanced, meaningful life with appropriate levels of service, fellowship, and self-care? I’ve got relationships with quite a few students who have substituted therapy, yoga, and community service for being part of a religious community.

LW: Relation to our true center. Commitment to the one “cause” that finally matters. Evangelism is about idolatry not morality or how our life is going. Rather, it is a call to claim our primal dignity and vocation as a gift from the one who created and redeemed us in Christ. That’s the offer. More of a recruiting call to service: not so much what I need as what God wants and needs from me.

Thanks so much to Lee Wyatt for this insightful interview!!! Be sure to check out his book The Incredible Shrinking Gospel! 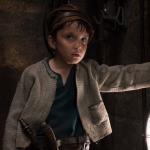 December 22, 2017
The Force Belongs to Stable Boys and Scavengers (A Star Wars Advent Mashup)
Next Post 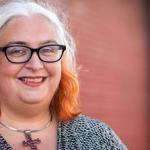 December 29, 2017 Sandhya Rani Jha: Transformation Is Local
Recent Comments
0 | Leave a Comment
Browse Our Archives
get the latest from
Mercy Not Sacrifice
Sign up for our newsletter
POPULAR AT PATHEOS Progressive Christian
1