Civility Is The Opposite of Taking Up Your Cross

Civility Is The Opposite of Taking Up Your Cross June 29, 2018 Morgan Guyton

It’s an ancient image from July 2016, in a different age before Donald Trump was president. But two years later, I still can’t find a better representation of what it looks like to take up your cross and follow Jesus, which is literally what Ieshia Evans said she understood herself to be doing in her first political protest. There’s nothing civil about taking up your cross, and there’s nothing more dangerous in the world that we’ve created today than civility. And too many white Christians think that being civil is the way you take up your cross as a Christian.

Let’s be clear what we’re talking about when we talk about civility. The word came up most recently when Congresswoman Maxine Waters called on people to protest Trump administration officials in person wherever they go until they stop breaking up immigrant families. Waters was condemned not only by Republicans but also by Democrat leaders who said she was being uncivil.

So here’s the definition of civility I see being used in that condemnation of Congresswoman Waters. Civility means not creating a disturbance (e.g. “letting people eat in peace”). It means minding your own business and being pleasant and good-natured in your interactions with others. It means keeping your conversation safe and vanilla with people you don’t know well. It means being compliant and agreeable when authority figures demand something of you.

Civility is basically the moral code of suburban white culture. If you’re pleasant, mind your own business, and don’t burden other people, then you have performed your moral duties to the world entirely. In the law and order version of morality, this understanding of civility is the definition of citizenship. There is no reason to raise your voice or say anything that deviates from the autopilot banter of generic, interchangeable capitalist transactions, because as long as you trust the authorities and say yes sir and yes ma’am, everything will be fine.

It does seem moral to be agreeable, respectful, and pleasant. In many circumstances, it actually is the right thing to do. It would certainly be an unbearably chaotic world if everywhere we went, we faced continuous screaming and fighting. Here’s the problem: when we are socialized to make civility our highest virtue, it’s very hard to break out of that civility when great evils require us to respond by doing or saying something unpleasant.

Now let’s make a distinction between civility and discipline. If I allow my anger to flare up into a selfish, undisciplined reaction to injustice, I might haphazardly inflict violence and destruction upon anyone who is caught in the crossfire. To be disciplined means that my behavior is intentional and strategic. Sometimes discipline means smiling and shaking hands with someone who has done tremendous harm and forging a mutually beneficial temporary alliance. Discipline can also mean shouting “Shame!” at a government official in a Mexican restaurant as a strategic means of political pressure.

So here’s the thing about civil disobedience. It isn’t actually civil. At least not in the sense that agreeable suburban white people use that word. Civil disobedience doesn’t imply politeness or agreeableness. It implies disciplined nonviolent resistance. It isn’t haphazard or careless, but it had better be disruptive and emotionally upsetting to somebody or it’s not going to change much of anything. Sometimes people who do civil disobedience break things. I’ve known nuns who got felonies and served lengthy jail sentences for deliberately damaging expensive military equipment in order to protest nuclear weapons.

Yes, there are people who think that civil disobedience is supposed to be polite. A certain kind of white pacifist goes to political events where getting handcuffed is a prearranged photo op. He makes a point of bantering agreeably with the police officer as the cuffs are being put on. He tries his best to model civility for all the rowdy black teenagers who might be watching. I wouldn’t call that civil disobedience, because there’s nothing disobedient about it. Pleasant photo op “civil disobedience” doesn’t apply any political pressure; it’s simply a means of performing for oneself.

There are contexts where it’s the right investment of a person’s power and privilege to speak softly and agreeably to a political decision-maker and to make “win-win proposals.” But when somebody else has to “make a scene” to be heard, it’s not because they’re less civil; it’s because they’re less privileged. I’ve built relationships with high-ranking administrative officials at Tulane. It doesn’t make sense for me to go into their offices with a bullhorn, but it would be ignorant of me to scold people who do so for being uncivil.

So let’s get back to the question of what it means to take up your cross and follow Jesus. It means to live with such offensive, infuriating solidarity with the poor, the disabled, and the outcasts that the people in power long to crucify you like they did to Jesus. As much as some evangelical theologians might disagree, Jesus didn’t get crucified for having impassioned scholarly debates with religious leaders. It was Jesus’ solidarity expressed through his sabbath healing, his championing of prostitutes and tax collectors, his temple riot, and all the other ways he refused to comply with the prescribed civility of his religious leaders that got him killed.

Right after Jesus tells his followers to take up their crosses and follow him, he says, “Whoever wants to save their life will lose it, and those who lose their life for my sake and the sake of the gospel will save it” (Mark 8:35). So taking up your cross means living in such a way that your life is in physical jeopardy. But it’s not just being a disagreeable jerk to people and then calling yourself “persecuted” when they don’t like you, because there’s plenty of that in the church. It’s being disruptive and disagreeable as part of a strategic expression of solidarity with people whom the civil folks feel fine ignoring.

So be merciful. See the humanity in everyone. Be kind. Don’t treat other people with unnecessary harshness. But don’t be civil if that means that you’re always going to retreat to the path of least resistance in every socially uncomfortable situation. Take up your cross. Offend. Resist. And do it all in love. 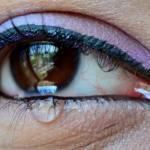 June 19, 2018
How Should White People Handle White Tears?
Next Post

Christians, It's Time to Admit the...
FreedHearts
Related posts from Mercy Not Sacrifice