The Bursting Of The Methodist Wineskin

The Bursting Of The Methodist Wineskin September 17, 2019 Morgan Guyton 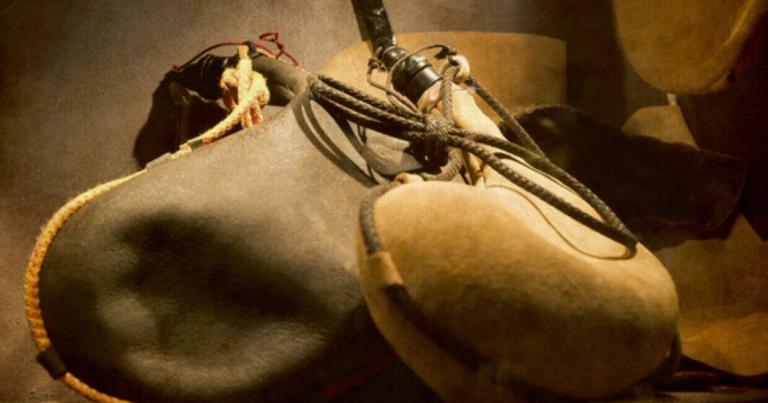 One of the most uncomfortable and least talked about parables of Jesus is his parable of the wineskins. Jesus says that new wine cannot be poured into old wineskins without bursting them; it requires new wineskins. The implications of this parable for the continuity of apostolic tradition are highly problematic. Which is why they are usually qualified, explained away, and bracketed. Otherwise Jesus’ parable might be held guilty of Marcionism, the heresy that says Christianity must throw away the old wineskin of its context within the story of Israel (which would not be an unreasonable straightforward interpretation of what Jesus is saying).

But there is a truth in Jesus’ parable that cannot be ignored. The Holy Spirit does new things that cannot be seamlessly assimilated into the old tradition. When the household of Cornelius started speaking in tongues, it was enough to convince Peter that Cornelius and his family did not need to take a mikvah bath, get circumcised, and become Jews before they could be Christian. But there was no basis within the old spiritual framework to justify this spiritual innovation.

No justification could be found within the old law to revise the law to accommodate Gentiles. The apostle James rather found a prophecy that could be reinterpreted in light of the Spirit’s testimony through the charismatic gifts of Cornelius’ house (though nothing about the prophecy explicitly permitted the revocation of the circumcision covenant). A new wineskin was discovered for the new wine that burst the old wineskin.

So what about United Methodism today? Now that the US progressives and conservatives have agreed that the only way forward is to split into two churches, the African bishops have put out a statement saying that they will accept a split under no circumstances. And so the toxic family system of our haphazardly globalized church polity displays its perfectly synergistic dysfunction.

One of the founding core precepts of our nation is a mistrust of the centralization of power. Which makes it very interesting when conservative US Methodists who are constitutional originalists when it comes to conversations about things like universalized health care and gun control in US politics suddenly become “globalist” when it comes to conversations about LBGTQ inclusion in Methodist polity.

Methodism is the product of a renegade Anglican priest who wanted to remain in good standing with the Church of England on his own terms. When John Wesley said, “I look upon the world as my parish,” he wasn’t solely casting a vision for the revitalized evangelism his words are appropriated for today; he was also importantly defying an Anglican church hierarchy that wanted him to stay out of other priests’ parishes.

The decisions and discernment of the original Methodist annual conferences may have institutional authority for Methodists today, but in terms of their relationship to the church in which John Wesley was ordained, they would be analogous to the annual gatherings of the caucus groups within Methodism today like the Wesleyan Covenant Association and the Reconciling Ministries Network.

Methodism did not form by an edict of the British Parliament, the legislative body entrusted with official decision-making for the church in which John Wesley was ordained. Methodism simply established itself alongside the institutional structure of the Church of England. It was a movement of the Spirit that didn’t ask anyone’s permission to exist; the original Methodists certainly felt they were obeying God but they did not consider themselves beholden to the institution out of which they emerged. John Wesley remained Anglican for pragmatic reasons, not out of loyal institutionalism.

This is why it’s puzzling to me that so many moderate Methodists take moral offense at their colleagues who are convinced that obeying God requires violating the Book of Discipline. Why is conformity to the protocols and polity of our institution so assuredly equated with following the will of God? Why are we pretending that people who mostly lack authentic personal relationships with one another are in any semblance of covenant when they gather every four years to exercise the hyper-centralized power of our entire denomination?

When in the 1700’s John Wesley asked a series of questions of his annual conference of traveling preachers as a basis for their collective decision-making, he was creating a new wineskin that fit the new wine he had discovered better than solely submitting to the politics of the Anglican hierarchy or the British Parliament itself. But now United Methodists find ourselves in the reality that our General Conference has become an old wineskin that cannot hold the new wine the Holy Spirit is pouring.

You don’t have to agree with me about gay people to agree that the institutional quagmire of our General Conference process is stifling the missional potential of at least the American church which continues its rapid decline. It is highly likely that General Conference 2020 will conclude without any way forward that a majority of delegates can agree upon. I am coming to the belief that no legislative solution to our crisis is possible within the framework of our present constitution.

The old wineskins are going to have to be shredded for the new wineskins to be discovered. In other words, the way forward is going to happen when a critical mass of Methodists decide upon an “illegal” course of action according to our polity, and their ideological opponents decide to let that “illegality” stand rather than lawyer up and spend millions of dollars heaping litigious misery on each other. As long as enough of us are committed to point-scoring, posturing, and pearl-clutching as our primary response to other sides’ actions, we will continue to sabotage the Spirit’s work. We need a thousand Gamaliels to gather in Minneapolis in 2020 so that God can show us which ways of understanding his gospel are spiritually viable when they are untangled from each other.

I think it would be awesome if we could agree to split the US church into Inclusive Methodism and Orthodox Methodism while the church outside the US takes the mantle of United Methodism and receives missional support from both branches within the US. But it seems very unlikely that any kind of amicable separation is possible because there is a perfect synergy of dysfunction between the conflicting parties that are involved.

If the conservative churches want to unilaterally break away and form their own new denomination, they should be allowed to do so. In exchange, conservatives should allow inclusive Methodists to disregard judicial processes that belong to a polity that is defunct and unsalvageable. And we should become what God wants us to become whether General Conference ever officially decides to do so or not.

The Holy Spirit does not need the endorsement and confirmation of United Methodism’s official legislative process to evolve our church how God wants to do so. As long as Methodists equate institutional fidelity with obedience to God, we will persist in our impossible quagmire. It is only by shredding the old wineskin that the new Methodist wine can be poured.

August 20, 2019
Methodism Needs A No Fault Divorce
Next Post

October 9, 2019 How I Would Rewrite Desiring God's "Joy" Tweet
Recent Comments
0 | Leave a Comment
""Years ago I recognized my kinship with all living beings, and I made up my ..."
ChristianPinko “All People Are Holy”: The Theology ..."
"That's beautiful."
Timothy Swanson My Light Blue Pink Messiah (a ..."
"As long as you believe in some uber demon you will always be fearful of ..."
JD Satan As The Virus of Enmity
"Mrs. Smith? Sorry, can you tell me what that means please? I'm not much of ..."
Malissa “All People Are Holy”: The Theology ..."
Browse Our Archives
get the latest from
Mercy Not Sacrifice
Sign up for our newsletter
POPULAR AT PATHEOS Progressive Christian
1

Hospitality in Zarephath
slacktivist
Related posts from Mercy Not Sacrifice