“All People Are Holy”: The Theology Of Alexandria Ocasio-Cortez 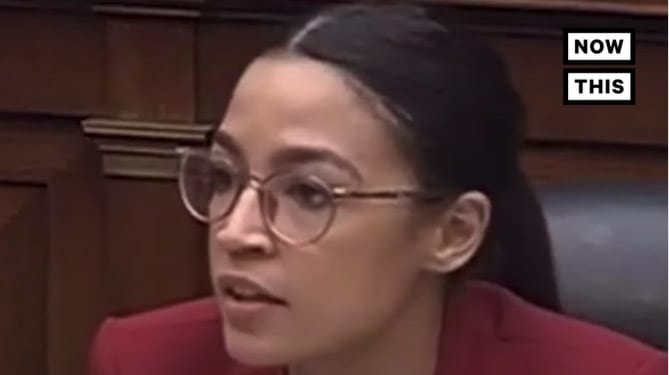 Alexandria Ocasio-Cortez summarized one of my core religious convictions in a speech given on February 27, 2020 in a hearing about “religious freedom.” She said: “I know and it is part of my faith that all people are holy and all people are sacred. Unconditionally.”

It’s the kind of theological declaration that I would have mocked as unserious pedestrian liberalism when I was an evangelical, but the beauty of her sincere conviction utterly pierced my heart when I watched her speech. To say that all people are holy is the polar opposite of the core evangelical doctrine that all people are totally depraved by nature. And yet I think it’s an absolutely Christian thing to believe.

What we have seen in the age of Donald Trump, who was elected with 81% of the white evangelical population, is the degree to which a theology of total depravity results in political nihilism. People who are worthy of God’s eternal damnation are also disposable to the political system, whether they are Afghani wedding guests taken out by a drone strike, transgender women brutally murdered in alleys, or unarmed black man who are shot and choked so that cops can flex their muscles to establish law and order in the neighborhood. What does total depravity say outside of the ivory tower in a practical political context? Just remember they were all thugs anyway.

Any theology that glorifies God at the expense of human dignity creates authoritarian, fascist politics that only avoid absolute social catastrophe by being held in check through whatever counterbalancing political forces exist. So little of the intellectual masturbation of Christian theologians throughout the centuries about the brilliant intricacies of divine glory has anything to do with the suffocating man nailed to a piece of wood and hung up to die in the scorching Middle Eastern sun. God is not glorified by all of our elaborate soliloquies about what a marvelous covenantal system he created. God is glorified when we see Jesus in every crucified human.

Which do you think better inspires people to love their neighbors? Being convinced that they and everyone else deserve God’s damnation because they are irredeemably wicked? Or being convinced that every single person is holy? For many Christians, holiness measures how dutifully a person has followed God’s rules. But what if holiness is not a measurement of works but the unconditional declaration of sacred worth that Alexandria Ocasio-Cortez espouses?

What if Jesus’ sacrifice on the cross takes care of the shame and self-sabotaging narratives that prevent us from seeing our true condition as God’s precious beloved children rather than being an eraser that wipes away our innate, irredeemable wickedness so that God can tolerate us in heaven? What if instead of trying to flagellate ourselves into performing orthodoxy flawlessly, we simply accept God’s invitation to see his beauty in other people?

What if our true nature is actually divine and the problem is that our drama and our idols prevent us from seeing that we are in fact temples of the God who lives within us? It makes a big difference how we narrate things, because what seems scripturally sound in one context can justify monstrosity when applied into public policy. Scriptural fidelity cannot be the only criterion for our theology. A renegade rabbi once argued we must judge a tree by its fruit (note: he didn’t say judge a tree by its roots).

In the five centuries since the Protestant Reformation, the Christian nations of Europe have tried to enslave, pillage, conquer, massacre, or manipulate basically every other people group on the face of the Earth. Neither the Egyptians, Babylonians, Persians, Macedonians, nor Romans ever covered the globe as absolutely with their empire as European colonialism did. Not even Genghis Khan. And sure, the European colonizers acted for a variety of reasons, but the papal doctrine of discovery makes it clear that total depravity was the primary official ideological justification for European global imperial conquest.

Maybe if I get mad enough about this, I’ll go back to school and write a dissertation that exhaustively parades all the primary sources that prove that European colonizers were justifying their actions using the exact same theology that makes evangelical megachurch pastor C.J. Mahaney say, “Better than I deserve” when he’s asked how he’s doing. No, I can’t prove that total depravity caused every aspect of European colonialism. But flip through some sermons by colonial Puritan preachers to see what they have to say about the human nature of the natives of the land they came to conquer for God.

Evangelical thought-leaders still build their theology through studying colonial Puritans like Jonathan Edwards and write their master’s theses about the genius of Edwards’ preaching. When they study theology, they look for scripturally sound arguments, not whether or not the author beat his slaves to clear his head in between chapters. And then they protest that it’s unfair to judge European Christians from previous centuries for the abject savagery with which they treated people of non-European cultures.

Why are evangelicals so uncurious about the theological roots that made it so easy for our ancestors to dehumanize other races? My body physically trembles anytime I think about the weight of the evil of colonialism. As I type these words, I can feel the lava bursting through every chakra. And it’s not because I’m out of sync with God’s peace; it’s because his wrath against those who blaspheme his name continuously consumes me. I’ve honestly started wondering if my people’s unacknowledged sin is the reason I shit blood twenty times a day.

If you’re actively using theology that historically weaponized total depravity to justify slavery and genocide, then the only reason you’re not justifying slavery or genocide today is because it’s fallen out of favor due to the fierce struggles against your theological forebears by people you would have called heretics if you lived in their day. The only reason white people have evolved ethically at all from Jonathan Edwards’ time to ours is because we were dragged by heretics who lacked proper biblical theology but were overwhelmed by the self-evident conviction that “all people are holy.”

Yes, we’re sinners, meaning that we’re imperfect. Hamartia, the Greek word for sin, means “missing the mark.” There’s a whole lot of ground between “missing the mark” and being worthy of eternal damnation. That’s why I’ve come to suspect that damnation is our confused terror in response to God’s perfect holiness. When Isaiah sees the full glory of God, he says, “Woe is me; I am lost! For I am a man of unclean lips from a people of unclean lips.” Peter cries out to Jesus: “Get away from me; I am a sinful man!”

In a sense, Isaiah and Peter are right to be terrified; it’s where we need to start but God helps us grow into embracing holiness instead of fleeing from it. It’s probably worse to be utterly nonplussed and un-astonished by God than to be terrified by God. There are lukewarm liberal ways of saying well duh, God loves everybody that make the experience of receiving God’s love banal and uninteresting. Holiness is a mystical reality without easy definition; it is utterly strange, wonderful, and baffling. People who are contemptuous of strangeness can only caricature holiness as either vapid sentimentality or suffocating moralism.

Holiness is overwhelming not because it’s spitefully sanctimonious but because it’s breathtakingly beautiful. In the presence of beauty, ugliness is revolting. When you arrive at the ball of the century, to find a stain or wrinkle on your white dress shirt would be devastating. If we could actually see the precious holiness of every person and object in the world around us, then we would be utterly overwhelmed and terrified. That’s why we need a gracious crucified messiah to gently draw us into the full transfigured beauty we’re surrounded by.

Jesus’ sacrifice on the cross is needed not to convince God to admit us into his wedding banquet, but to make us capable of experiencing the unveiling of the wedding banquet that God’s creation has always been without shitting our pants and running away screaming. When Alexandria Ocasio-Cortez says, “All people are holy,” she’s not saying that we don’t do terrible things to each other. She’s saying that we stop doing terrible things by starting with the premise that every person around us is infinitely precious.

Maybe Alexandria has seen the transfiguration; maybe she hasn’t; but her statement reaches to us from that transfigured reality where everything is seen in the holiness that is its true reality. This is actually straightforward Eastern Orthodox theology. Sin is the veil that keeps us from seeing that everything is holy. Jesus’ role through his atonement is to empower us to see the world and all its inhabitants as sacred so that our lives can be worship.

Sure, there are ways to make the total depravity of the evangelicals unbarbaric. I understand its more intricate, refined meaning. But theology is worth whatever the base outside of the ivory tower does with it. And the base of European Christendom turned total depravity into white supremacy insofar as its nihilistic account of human nature gave us the duty and mandate to civilize a world we deemed to lack the Christ we proclaimed. I really think Augustine has been screaming and ripping his hair out in heaven to see how what seemed so critically important to say in his polemical context has turned out to be the cause of so much damnation.

It’s such a different Christianity when the first thing we say is “All people are holy.” And instead of worrying about correcting other people, we decide to act as though God thinks they’re gorgeously fabulous exactly as they are. Honestly I think that when I live with that conviction, I do a better job of correcting my own sin along the way. If Alexandria Ocasio-Cortez’s faith is the future of American Christianity, then that’s a faith worth fighting for. 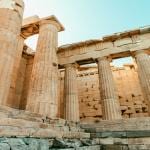 June 28, 2020
Epimenides And The Plague Of Athens
Next Post