Why I Still Call Myself A Christian

I continue to call myself a Christian for two reasons: 1) because my mother is still alive and 2) because I believe I am anointed by God for good works not as a reward for believing anything correctly but as a gift discovered more fully the more I fully renounce proving myself to be right.

It is out of loyalty to the core principle of justification by faith that I renounce all orthodoxy of salvation through correct belief as filthy rags the same way the apostle Paul did. Paul cannot be more thoroughly betrayed than to turn the exhortations arising out of his pragmatic mysticism into legalistic litmus tests of correctness for the sake of policing a rationalistic orthodoxy.

I consider the pursuit of uniform universal abstract truth to be an imperial hegemonic epistemology superimposed onto what Jesus and the apostles actually said. It’s the Roman Empire part of Constantine’s unholy matrimony between empire and church. Furthermore, I would say that the abstract “knowledge of good and evil” that every orthodoxy offers is the fruit the serpent keeps offering humanity in the Garden of Eden.

What Jesus and the apostles show us is that life in the spirit is not about establishing and policing universal abstract ideas but about responding with love to everything around us. The one who scoffs and says well what is love is no different than the teacher of the law who said well who is my neighbor. No white evangelical theobro has ever defined love strictly according to the terms of 1 Corinthians 13, because if he did, then his God would get too soft.

Samaritans with hearts moved by compassion know that the answer to the question what is love is not an abstract universal concept but a life of listening closely to other people and tending to their needs as though they are themselves Christ (which they are, according to Jesus).

The point is to receive God’s mercy and become God’s mercy in the life of others. That’s why I should do everything I do and why I should stop obsessing about doing it perfectly. As long as I’m obsessively performative, I lack trust in God’s mercy.

Every moral failure is an opportunity for deeper surrender into mercy. And if I keep on failing? God’s grace never stops being sufficient. The only perfection I seek is to become the best possible conduit of mercy. If I’m going to read the Bible, that’s what I’m looking to learn how to be.

As much as western Christianity today is a religion of believing correct things, I am convinced that the real thing is the anointing experienced by those who have discovered grace not just as a cool idea to write about in their ordination papers, but as an embodied reality of being gratuitously loved by God so much that we experience ourselves to be divine children.

If the word Christianity were translated from Greek into English instead of cognated, it would be called the anointing. Christos means the anointed one; it’s not Jesus’ last name. If enough people started doing it, I would just say I belong to the divine anointing. But because that sounds pretentiously hipster, I’ll just call myself a Christian. 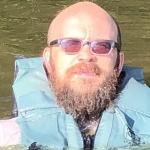