“Won’t You Be My Neighbor” and the allure of goodness

“Won’t You Be My Neighbor” and the allure of goodness July 6, 2018 Chris Williams 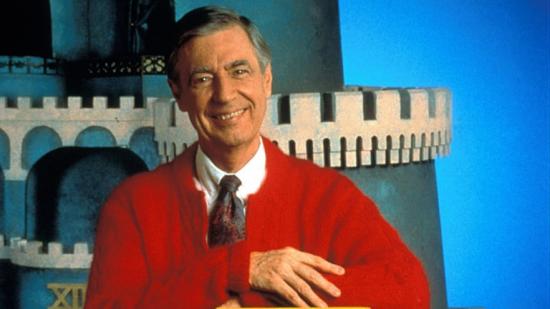 I was not a Mr. Rogers kid.

I’ve made no secret of my love and borderline obsession for Jim Henson, both as a child and an adult. Growing up, “Mr. Rogers Neighborhood” was too subdued for my tastes, and it was just the show I sat through to get to “Sesame Street.” I wanted the raucous imagination Henson brought to the table.

The truth is, I probably thought that Mr. Rogers was bland, too goody-goody. Even as I grew to appreciate his impact as an adult, I probably thought he was milquetoast, naive and lacking self-awareness, a square peg in the television landscape who somehow managed to make it so long on television because he was too nice to be fired.

How wrong I was.

“Won’t You Be My Neighbor,” Morgan Neville’s acclaimed documentary about the life and work of Fred Rogers, is a beautiful tribute to a man who provided a safe atmosphere for countless children. It’s a celebration of a man who refused to give in to traditional ideas of masculinity and intentionally provide children a place to express their feelings and wrestle with a difficult world. At a time when our country is divided and our culture toxic, it’s a reminder of the beauty of simplicity, goodness and love — concepts we are in desperate need of these days.

Neville’s documentary is traditional. It doesn’t take risks. There’s no attempt to try to uncover sordid truths about Fred Rogers, and the most “scandalous” things we learn about him are that he struggled with self-doubt and once encouraged an employee to keep his homosexuality under wraps so as not to damage the show (advice Rogers later came to regret giving). His kids talk about growing up in a home with “the second Christ,” but they talk of him fondly. His wife reveals a mild-tempered man — maybe too mild-mannered, as she agrees that they both had problems being able to express anger  — who loved his job, loved his family and loved children. By all accounts, Fred Rogers was just as kind, loving and patient off screen as he was on screen.

So scratch that; maybe this is revolutionary. How many of our heroes are still unblemished?

What Neville’s film does best is dispel that “Mr. Rogers’ Neighborhood” was bland kiddie TV. It was, in fact, often subversive and bold. Rogers wasn’t blind to the problems of the world. He was aware that kids struggle with expressing and accepting emotion, and that they are not simpletons who need to be talked down to. Rather, Rogers saw kids as unique, smart and aware individuals trying to understand a sometimes very confusing and terrifying world. His job was to address that and give them someone who would guide their way through.

I hadn’t realized how bold Rogers’ program was. Its first week on the air, it tackled the Vietnam War. When racial tensions were at their highest, Rogers invited the show’s black mailman to cool his feet beside him in a wading pool. He provided a place for children to talk about their fear, anger, insecurity and the feelings that they might be a mistake. His show was a gentle forum to talk about death, divorce and sickness. Rogers wasn’t a naive doofus with his head in the clouds; he was very purposeful about his program. He didn’t create a “character,” because he trusted kids too much. His puppetland sets looked purposefully fake because he wanted to ensure that children were aware of the difference between real and make believe. He took his time, relished long stretches of silence and established routines because they created a calming atmosphere, much different than the noise and cruelty of most children’s programming.

Rogers also wasn’t a prude, even though he was an ordained minister. While he appears to have been just as squeaky-clean and soft-spoken as his character (the strongest word we hear him described as using is “ass”), he enjoyed a good joke. He liked some of the Mr. Rogers impersonators on “Saturday Night Live” and other shows. In behind the scenes footage, we see him laughing at practical jokes with his crew. There’s a fantastic story about a crew member who would steal Rogers’ personal camera and moon it, delivering a shock when Rogers got the photos developed; his response to this is a highlight of the film.

In a time when many of our heroes let us down, and even our most beloved television icons strain to keep the skeletons in the closet, it’s refreshing to hear that the gentle, sweet soul that was Fred Rogers appears to have been genuine. The film isn’t overly manipulative; it doesn’t have to be. Footage of Rogers smiling as he talked to children, watching him interact with grown-ups and kids by giving them his undivided attention and love is moving enough to bring tears to the eye.

Woven throughout the film are mentions of Rogers’ personal faith. He saw his program as a ministry, a way to impart Christian love and kindness through the then-young medium of television. I can’t imagine a more Christian hero on the screen this year than Rogers, who consistently modeled love, joy, peace, patience and kindness on screen and off. He was a minister who didn’t preach; rather, his mission was to look at people and say, “I see you and you matter. You exist, and that makes me happy.”

I’ve been amazed at the response to this movie. When a film is this unassuming and a subject so squeaky-clean, it’s common for people to roll their eyes and claim it’s all saccharine. And yet, critics and audiences are deeply moved by this film. People are responding deeply to this very earnest and sincere story. Why does this one stick and others get dismissed? After all, it’s not like Neville’s using any revelatory techniques here.

The answer is the subject. Fred Rogers, by all accounts, was not putting on an act. Mr. Rogers was who he was, on screen and off. He really was that kind, soft-spoken and good. And that kind of goodness is alluring. It’s beautiful, and it’s attractive.

This story resonates because Mr. Rogers appears to have had an answer that we’re all looking for: What is our role toward our neighbor? His answer wasn’t new; it was the same answer Jesus gave 2,000 years ago: Your role toward your neighbor is to love them. And while some people, just like the Pharisees, like to try to wriggle out of the requirement by asking for clarification on who, exactly, our neighbor is, Fred Rogers asked a different question. He asked “Won’t you be my neighbor,” understanding that our role is not to pick and choose who to love but to offer an invitation that expands our opportunity to do that.

“Won’t You Be My Neighbor” is a balm for our nation. When we’re divided and angry, at each other’s throats, it’s a reminder that we can still love each other, respect each other and do right by each other. Even adults these days feel scared, trying to understand how to navigate a world that is one big mess. We need Mr. Rogers more than ever. Thankfully, this film exists to remind us what he’d tell us to do. This is one of the year’s most beautiful films. 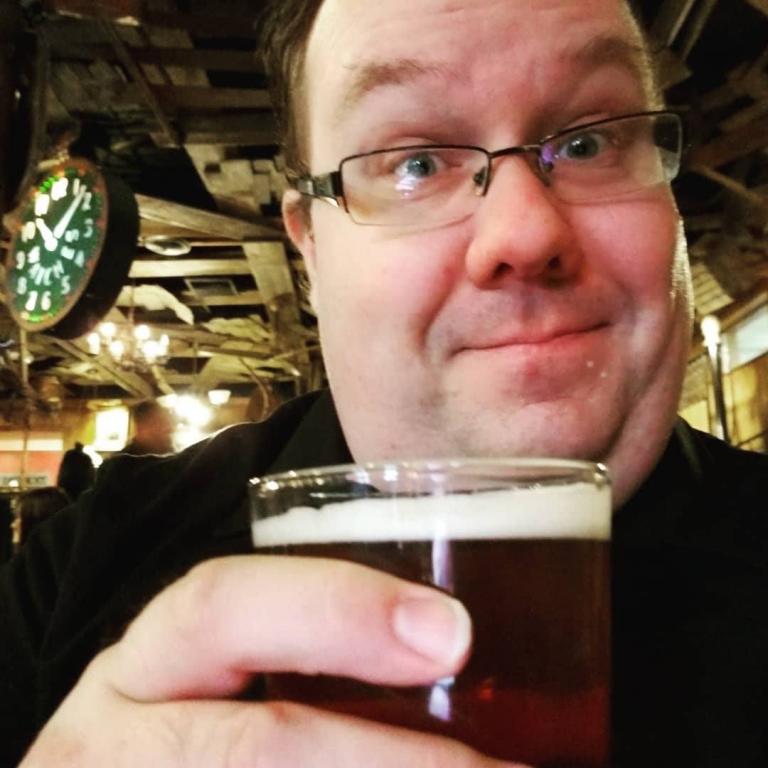 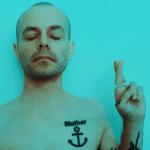 July 3, 2018
Why I'm still listening to Derek Webb
Next Post 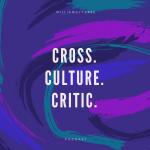 July 6, 2018 Derek Webb talks shifting faith, music and more on CROSS.CULTURE.CRITIC.
Recent Comments
0 | Leave a Comment
Browse Our Archives
get the latest from
General Christian
Sign up for our newsletter
Related posts from Mere Chris-ianity 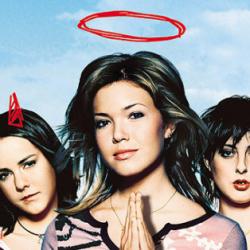 General Christian
Flashback: 'Saved!' was evangelical satire ahead of its...
Mere Chris-ianity 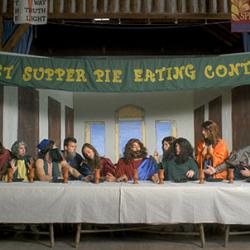 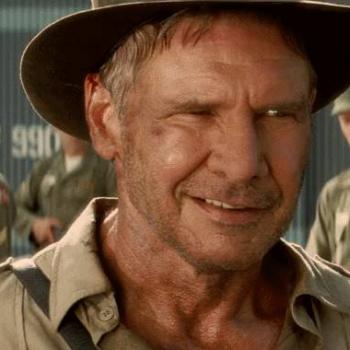 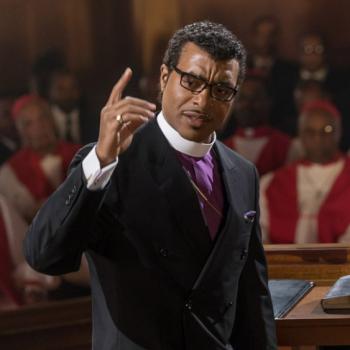 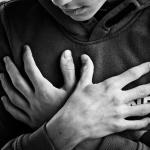 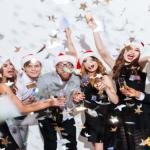 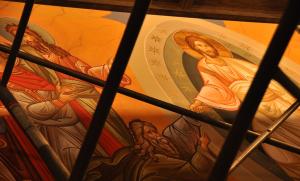 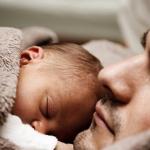 Unitarian Universalist Spiritual Direction - for the Spiritual...
People who are spiritual but not religious seek spiritual directors who can...
view all General Christian blogs
What Are Your Thoughts?leave a comment
Copyright 2008-2021, Patheos. All rights reserved.