Why Grudem Is Simply Wrong About the Supreme Court as a Basis for Voting for Trump August 8, 2016 Michael Farris 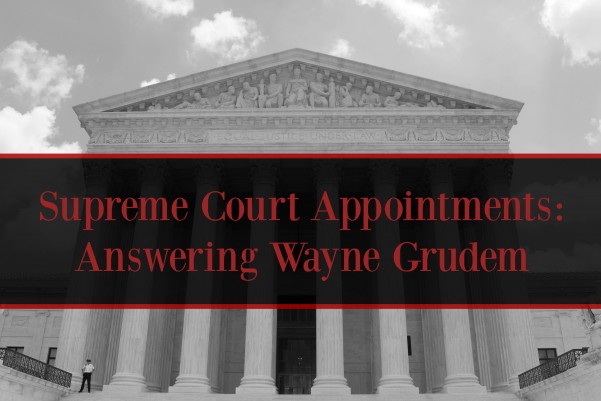 Wayne Grudem’s argument (it is a morally valid choice to vote for Donald Trump) is largely based on his claim that the Supreme Court would be better under a Trump presidency than a Clinton presidency. This argument has been raised as a generality countless times, but Grudem makes a series of very specific claims about the results we could expect. It turns out that Grudem fails to correctly analyze the issue in several significant ways.

Although Grudem writes about multiple sub-categories of issues, the bulk of his analysis focuses on abortion and religious freedom. This is quite understandable since Grudem, like me, is an evangelical and these issues are of paramount importance to our community. I will focus on these two categories in general.

Grudem’s argument proceeds on the presumption that Democrat nominees will support the pro-abortion view while Republican nominees will be strongly pro-life. What Grudem fails to tell his readers is that Republican justices are responsible for creating Roe v. Wade and for preserving it solidly in place. In Roe itself, the vote was 7 to 2. There were four Republican justices on the Court; three of them voted to legalize abortion—Harry Blackmun, a Republican, wrote the majority opinion. The Democrats split 4 to 1 in favor of abortion. If the GOP justices had all been pro-life, Roe would never have happened.

Pro-life advocates widely believed that the Supreme Court might reverse Roe in the 1992 case of Planned Parenthood v. Casey. After all, eight of the justices were GOP appointees—three of them were appointed by Ronald Reagan. Instead, the Court allowed very minor regulations to stand while strongly reaffirming the validity of Roe. All five votes to reaffirm Roe were cast by GOP justices—the lone Democrat appointee voted pro-life. Of the Reagan appointees, two out of three voted pro-abortion.

Grudem contends that if Clinton is elected, the Court may hold that abortion is an absolute right under the Equal Protection Clause. This claim truly reveals that Grudem is a theologian and not a constitutional scholar. Only one right has ever been recognized by the Court as an absolute right—the freedom to believe. Otherwise, the highest level of constitutional right is labeled a “fundamental right.” Fundamental rights are never absolute, but may be “burdened” for “compelling” reasons.

Abortion is already labeled a fundamental right under the Due Process Clause of the 14th Amendment. Technically speaking, the Equal Protection Clause does not guarantee fundamental rights at all, but only protects against various levels of discrimination—“suspect classifications” are the most highly scrutinized by the Court. Grudem clearly has picked the wrong Clause for a “rights” analysis. Regardless of labels, there is no chance whatsoever that the Court will label abortion an absolute right. It doesn’t have to. The fundamental rights status that was reaffirmed by a 100% Republican majority in 1992 is plenty strong enough to kill millions of babies.

The bottom line is that the Republicans do not know how to appoint consistently pro-life justices. There is no reason to believe that Trump will be better than Reagan on this score.

Grudem bemoans the loss of religious liberty in this nation—pointing to the coercion of bakers and florists to join in same-sex wedding celebrations and the coercion of Ken Stormans, a Christian pharmacy owner, to sell abortifacient drugs. He is right about the scope of the problem. What Grudem doesn’t tell us is that the responsibility for this devastation of religious liberty lays at the feet of Republican justices.

The case that killed the free exercise of religion was Employment Division v. Smith, decided in 1990. This horrible decision was written by conservative hero Antonin Scalia. The five justices who voted to trash the free exercise of religion were comprised of four Republicans and one Democrat. The other four justices (some concurred and some dissented) were split evenly with two from each party.

So when Donald Trump says that he wants to appoint justices like Justice Scalia, it must be remembered that while Scalia was great on many issues, he was the leading justice in opposition to the free exercise of religion. (Moreover, Scalia wrote an opinion saying that parental rights do not exist at all as a constitutionally protected right.)

The Hobby Lobby case that Grudem cites as a good opinion that must be preserved was not decided on constitutional grounds because of Scalia’s opinion in Smith. Rather, it was decided on the basis of the Religious Freedom Protection Act—a federal bill for which I suggested its name and helped to draft. It was decided 5 to 4 on a straight-party line vote. But that decision should not be read to protect Christian businesses broadly, because the Supreme Court ruled that the Religious Freedom Restoration Act could not be used to protect religious freedom violations by the states (Boerne v. Flores). The core of the Boerne ruling is that Congress cannot protect federal constitutional rights in a manner greater than that protected by the Supreme Court. Boerne was written by Reagan appointee Justice Kennedy. He was joined by four other Republicans and one Democrat. (Scalia joined the bulk of the decision, but not all. He concurred in the judgment).

Ken Stormans was forced to sell abortion drugs by the State of Washington. RFRA, which protected Hobby Lobby, did not protect my friend (Stormans and I were elders together at a Baptist Church in Olympia, Washington) because of Boerne.

The Christian Legal Society v. Martinez decision, which has been devastating for Christian organizations on state college campuses, had two GOP justices voting in the anti-freedom majority.

Grudem’s concerns about Christian businesses, schools, colleges, and more are quite valid. He fails to correctly point out that this situation was created by Republican justices who are held up by Trump as models for future appointments.

If I was put in charge of picking Supreme Court justices, here are the standards that I would use on social issues:

I have absolutely no confidence that Trump understands or that his advisors have any history in using such standards. (By the way, I would have a long list of other questions on many other issues such as federalism, the Second Amendment and so on.)

We can be guaranteed that the Democrats use such standards on their side. The GOP has no history of being wise in its Supreme Court appointments, and I have utterly no basis for believing that Trump will surpass Reagan or either of the Bushes in this regard. 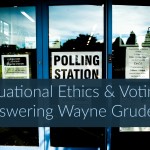