One of the things I like best about the Catholic intellectual tradition is that, having passed through the storms of so many diverse cultures, it has picked up along the way a very rich vocabulary for discussing even humble matters. For instance, the Latin word (from a Greek root) caritas. What the word gives in the original is the name for the love proper only to God, white-hot and outward-going. It means the very energy that (as Dante put it) “moves the sun and other stars.” The primal energy of the universe. The energy that moves the world forward toward the good of each created thing in it. Especially human persons, the best images of God in all creation.

The poor translation for this term in English is “charity,” which in today’s connotations of almsgiving doesn’t at all get the richness of the tradition. Caritas means the love of God suffusing all creation, but also leaping heart to heart from one human to another – each of us touched by a little of God’s energy coursing through us. In other words, God wants humans to share in his caritas, if they so choose. There is even a classic, especially haunting hymn in Gregorian chant: Ubi Caritas et Amor, Deus Ibi Est. “Where there is caritas and love, there God is.”

All this is to explain a comment by a very good friend of mine from Ireland, describing for me by telephone his interpretation of the private motives behind the recent Irish vote to assert the right to same-sex marriage: “As near as I can discern motives, relying on my very Catholic relatives and friends,” he ventured speculatively, “the overwhelming sentiment was one of charity. Let everyone share the blessings we do.”

This suggestion comports well with the motive expressed by Catholic relatives and friends of mine on the same question. “It would be ungenerous not to do this.” They do not cite argument so much as an inner habit they have long cherished.

Yet there is a very grave danger in arguing this way. A warm feeling can blind us to the losses involved in affirming same-sex marriage. Of these, I count three big ones.

(1) This vote changes the meaning of marriage, and in two ways. First, it unlinks marriage, as it has been understood in law for millennia, from procreation and responsibility for a prolonged commitment to raising a new generation of law-abiding and economically creative children. Second, it alters marriage, from being a “covenant” specifically committed to long-term child-rearing, to a mere “contract” of romantic love. Many persons, same-sex attracted and not, do enjoy romantic love. But marriage for millennia has entailed a kind of love far more demanding and permanent than romantic love. One cannot avoid the sense that something crucial for human flourishing has been lost when the crux of marriage is reduced to romantic love.

(2) The second loss is this: a new “right” to marriage says nothing about the duties inherent in its exercise. Same-sex marriage seems to drive the final nail in the coffin of the traditional idea of marriage as a permanent union, for better or worse, in sickness or in health (for sure, a traditional idea already much eroded by easy divorce). Does it bind its partakers to fidelity to one partner? Is commitment to fidelity practiced differently by gay males than by lesbian females, and does that matter? The issue here is the institutionalization of the idea of marriage as a mere affective union to last (only) until affections change.

(3) The third loss is the loss of any reason for the state to give special recognition to the institution of father-mother marriage, on account of their orientation (and the orientation of their bodies and their lovemaking) to bringing forth new citizens who guarantee the state continuance into the future. More than this, it is difficult to see how new generations in adequate numbers will be brought up in the habits of the heart necessary for the prevalence of the rule of law for generations to come. For millennia, it has been judged through experience that father-mother families are the best institution for doing this. Around this idea, all former legal systems have been constructed.

Finally, one dreadful possibility now haunts me. Our constitution (in particular) was made for a biblical people, and will survive under no other. So said John Adams, and I take him with deadly seriousness. There are many things not forbidden in law that Americans will not do, on account of their religion. The Jewish and Christian traditions in which American convictions and institutions are interwoven are precious treasures for humankind. Only under their inspiration has so much progress been made for a more refined humanism, for science, and for the institutions of liberty under law.

But a foul storm of Christophobia – if I may so call the spreading contempt for the traditions of both Jewish and Christian civilization, in which alone have been born the institutions of liberty and the will to uphold them against all foes, at whatever sacrifice be needed – has been blowing through our nation.

I do not sniff this wind so much in providing same-sex couples civic institutions only partly modeled on millennial traditions of marriage law. No, the stench arises from the fierce bonfires of name-calling (“bigots”), vituperation, draconian civil penalties, and demands for total submission of conscience to state authority. “Bow to the prevailing secular orthodoxy, or bear ruinous penalties.”

Behind the velvet hand of pleas for recognition and respect comes the mailed fist demanding submission of conscience, too, under the threat of abject humiliation. Dhimmitude for conscientious Jews and Christians! For them, only a severely constricted public life.

June 24, 2015 Blue Environmentalism - Part One
Recent Comments
0 | Leave a Comment
Browse Our Archives
Related posts from Coming down to Earth 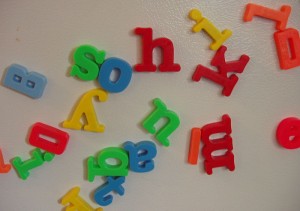 Catholic
The Greatest of All Inequalities
Coming down to Earth 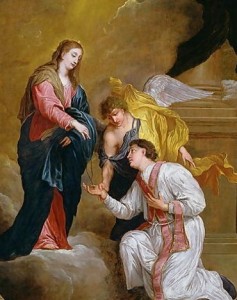 Catholic
Saint Valentine Helped Lovers. Why?
Coming down to Earth