On his way from Paraguay back to Rome recently, Pope Francis showed signs of personal humility, directly in front of the world’s press, that must be unrivaled in papal history.

Three times in the short interview of sixty-five minutes, Francis confessed that in his public teaching, especially on economics, he had not spoken well, or not fully, or else had done so with a considerable lack of knowledge, or with an inward resistance to dealing with economics.

The pope admitted he had been wrong on this, and that he would study the question and think about it more, and would try to improve in the future. He thanked the reporter for pointing out this fault in his public teaching so far.

During my years in Rome, I have observed four popes rather closely. All gave evidence of knowing their limitations and recognizing their ignorance about many things in this world. But I know of none who has been so frank about his personal limitations, his finite knowledge. I can’t remember anybody almost pleadingly ask for more help, more questions, more dialogue.

Pope John Paul II introduced eight or nine new ideas into Catholic social thought, from areas in which he had confronted his own lack of direct experience and then thought more fully about the things he didn’t know.

For example, in one encyclical, he claimed that “labor” is always superior to “capital,” because labor is always about humans, but capital is always about things – things like money, investments, machinery, equipment, factories. But by the time of a later encyclical, he began to stress the right to personal initiative and creativity, and to emphasize the acquisition of knowledge and know-how and new discoveries. In other words, he began to grasp the role of “human capital.”

This insight allowed John Paul II to generate a much more down-to-earth view of how wealth is created, and indeed, of the most important form of wealth: that which is rooted in human knowledge and habits.

Another example is when he began to speak of the economic need that is prior to the distribution of wealth, namely, the creation of new wealth. When more wealth is created, there is more to pass around to all: ‘‘A rising tide can lift all boats.”

Further still, John Paul II recognized the importance of “moral ecology,” that is, the widespread practice of good habits, the social power in ennobling stories and music that enriches the mind and soul, and the common desire of many to become better than they now are.

When families and individuals live within an upward-thrusting social milieu, it is much easier for them to grow in virtue and grace.

In a decadent culture, one that constantly lowers its moral standards and moral expectations, it is much harder for the young to swim against the tide and to defend themselves against the filth.

The moral ethos of cultures does rise and fall. There is a public ecology to the personal moral life.

When John Paul II became pope, his chief adult experience had been lived under National Socialism and then under the economic socialism of the Soviets. He had very little prior experience of a free polity in a free economy.

Particularly in worldly matters such as politics, and especially in economics, every pope has had to be stretched beyond his personal experience to learn about the experience of others. Each has also had to learn new patterns of vision for interpreting economic realities more truly and realistically.

It is wonderful to see that our current pope, “Good Pope Francis,” is so willing to embark on the learning curve, and in frank and humble dialogue with so many different cultures.

Issues with (Br) Alexis Bugnolo, Ordo...
Through Catholic Lenses
Related posts from Coming down to Earth 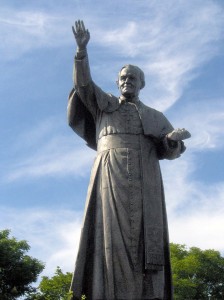 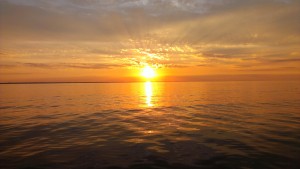