The Bitter Spinster’s Guide to Mother’s Day May 8, 2015 Michelle Arnold 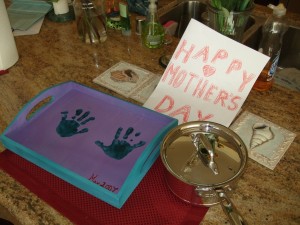 Over the last week, my Facebook newsfeed has been filling with posts about Mother’s Day. I think it started when someone posted this article, an open letter from a “non-mom” to pastors. Non-Mom had some very good points, including this one:

Fast forward several years to Mother’s Day. A pastor asked all mothers to stand. On my immediate right, my mother stood and on my immediate left, a dear friend stood. I, a woman in her late 30s, sat. I don’t know how others saw me, but I felt dehumanized, gutted as a woman. Real women stood, empty shells sat. I do not normally feel this way. I do not like feeling this way. I want no woman to ever feel this way in church again.

Last year a friend from the States happened to visit on Mother’s Day and again the pastor (a different one) asked all mothers to stand. As a mother, she stood and I whispered to her, “I can’t take it, I’m standing.” She knows I’m not a mother yet [and] she understood my standing / lie.

Here’s the thing, I believe we can honor mothers without alienating others. I want women to feel welcome, appreciated, seen, and needed here in our little neck of the body of Christ.

Oh, my, but the screams began. From mothers. Women, from within the security of marriage and surrounded by children, begrudging other women the right to feel hurt and excluded because pastors were creating extra-liturgical moments at Mass during which special blessings from heaven could be bestowed on those already surrounded by special blessings from heaven. Arguments were made that other times of the year were set aside to pray for those who are infertile, which pretty much missed the point that there is a significant difference between being publicly honored and being publicly pitied.

Actually, I’ve never really felt all that bad for myself during these public blessings on Mother’s Day. I’m 43, unmarried, and quickly approaching the end of any realistic chance for children of my own, but I never really minded the Mother’s Day blessings for those who are mothers. At least not until I saw those same mothers sniping at women who were hurting because they were infertile, or had never married, or had lost children, and were feeling left out of the national cheerleading for mothers on Mother’s Day.

Which brings me to the next article I found in my Facebook newsfeed. Last year marked the 100th anniversary of the creation of Mother’s Day as a national holiday in the United States. National Geographic published an article that revealed Mother’s Day’s “Surprisingly Dark History.” Included were interesting tidbits about the origins of the holiday, three in particular standing out for me.

That’s right, moms. Mother’s Day was created by a woman who never married, who never had children of her own, as a day for you to honor your mom. The day wasn’t created so that the world at large could be urged to honor all moms everywhere as paragons of womanhood, or for manufacturers of candy and greeting cards to make a bundle of money, or even for you to bask in the tributes of your children and a holiday from caring for them.

The day was created so that you would be reminded to spend some time with your own mom, if she is still living, or to honor her memory if she is deceased.

After looking on in horror at what the day she created had become, Anna Jarvis spent the remainder of her life fighting to return Mother’s Day to its intended purposes. She crusaded to end the consumerism that almost immediately overwhelmed the day, and she bitterly denounced anyone who thought that Mother’s Day was about buying stuff for your mother:

A printed card means nothing except that you are too lazy to write to the woman who has done more for you than anyone in the world. And candy! You take a box to Mother—and then eat most of it yourself. A pretty sentiment (Anna Jarvis).

Unfortunately, no one likes a critic. Jarvis “died penniless in a sanitarium in a state of dementia,” undoubtedly brokenhearted over what the day she created as a tribute to her own mother had become.

Moms, perhaps this year—if you wish to honor the unmarried, childless woman whose devotion to her own mother inspired the creation of a day on which your children are expected to honor you—you might show a bit more sympathy and understanding to all of the women whose own hopes for motherhood have fallen short of their dreams. 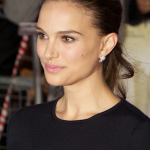 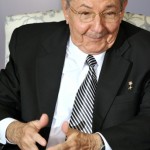 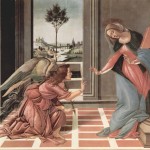