The Gift of Consent

We are a few days past Christmas Day, and Catholics are still caroling. Or, talking about Christmas songs. In a blog post for Aleteia, Simcha Fisher began a discussion of the secular Christmas tune, “Baby, It’s Cold Outside.” If you’re unfamiliar with this song, which has become controversial in recent years, here is a taste of the lyrics (but do read the whole thing):

(My mother will start to worry) Beautiful, what’s your hurry
(My father will be pacing the floor) Listen to the fireplace roar
(So really I’d better scurry) Beautiful, please don’t hurry
(Well, maybe just half a drink more) Put some records on while I pour

And this is just the, well, warm up. In this duet (the woman’s lyrics are in parentheses), the two go on to argue for The. Entire. Song. The woman never agrees to stay. Her final solo line is “I really can’t stay,” but even before that—and after the lyrics quoted above—the woman says, flatly, “The answer is no.” She never once says “yes” after that, even if we overlook the part of the song where the man is plying her with alcohol and possibly spiking her drink with something she cannot identify (“Say, what’s in this drink?”).

Would seem rather cut and dried as a case of date rape by today’s standards, no? Simcha’s take:

Humbug. This is what happens when we’re all trained to see consent as the highest good. This is what happens when we’re trained to ignore context. People who can’t tell the difference between persuasion and force are people who have forgotten why consent is so important. Consent isn’t valuable in itself. It’s only a good thing because it’s in service to other things—higher things with intrinsic value, such as fidelity, free will, self sacrifice, respect, happiness, integrity, and . . . love. These are all things that you can’t have unless you have consent. But when all you look for is consent, and you ignore the context, you get two human beings who see each other in rigid roles—business partners with black and white contractual obligations. In short, you have what modern people say they despise about the bad old days: love as a business arrangement.

Simcha’s take found wide agreement. I found the original posting on Facebook in part because it was being shared by men who were praising Simcha for her “wisdom” on this topic and urging their FB Friends to “read the whole thing.” That’s when I decided to offer my take. I can’t claim any wisdom on the subject, but I hope it will at least provide an opposing opinion.

I agree with Simcha that at the time this song was written and first performed, the interaction between this man and woman would not have been considered rape. Even today, it would be very difficult for a crime to be prosecuted on the basis of this scenario. It would boil down to a “He said, she said” and juries aren’t given transcripts of what each side says in the moment. The benefit of reasonable doubt goes to the accused, not to the victim.

What bothers me most about Simcha’s essay though is her apparent dismissal of the importance of consent. She states:

Consent isn’t valuable in itself. It’s only a good thing because it’s in service to other things—higher things with intrinsic value, such as fidelity, free will, self sacrifice, respect, happiness, integrity, and . . . love.

Consent isn’t valuable in itself? Let’s think about that. Consent is the means by which a person expresses “fidelity, free will, self sacrifice,” etc. The flip side of the ability to consent is the freedom to say No and to have your No treated with the respect, integrity, and love it deserves.

Since it’s still Christmas, let’s look at another act of persuasion, this one ancient.

When God so loved the world that he wanted to send his only-begotten Son to save it, what did he do? He had already prepared the woman he had chosen to bear his Son by creating her free from original sin and giving her the grace to remain free from all actual sin. So, he might have had reason to think he could presume she’d be okay with conceiving his Son. He might even have had reason to think she could just become pregnant and be told afterward what had happened.

So, what actually happened? God sent an angel to announce to Mary what he wanted of her. St. Luke is a little short on details of the conversation, but we can glean a few things from his account:

First, God sent someone else. He didn’t ask Mary directly; he sent an angel. He also sent someone who was not on the same level as Mary, someone who would be a supplicant to her. While angels ordinarily rank higher than humans, Christian theologians have long believed that Mary ranks higher than the angels. In short, God respected the power dynamic. He sent someone whom Mary would be entirely free to refuse.

Second, when Mary seemed troubled by the angel’s appearance, the angel took the time to reassure her: “Do not be afraid, Mary, for you have found favor with God.” Mary’s safety and boundaries were respected.

When Mary questioned how she, who had vowed herself to a life of virginity, could conceive a child, she (unlike Zechariah) was not punished for questioning the angel’s message. Zechariah—who was lower than the angel who announced John the Baptist’s birth, and who wouldn’t be the one to bear the child anyway—was punished but Mary was not.

Finally, Mary gave her consent. She explicitly said, “Behold, I am the handmaid of the Lord; let it be to me according to your word.” It was at that moment, when Mary gave her fiat, that Christians believe that the Incarnation occurred, that the Word became flesh within her. Because her consent was that important, and without her consent, our redemption might never have happened. Her consent was her gift to God, and because it ushered in her Son’s entrance into the world, it is also her gift to us.

If God so loved the world that he made our redemption dependent on the freely-offered consent of a woman, then how can we possibly treat the consent of any woman without the respect and dignity it deserves? 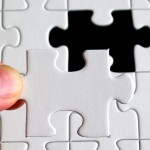 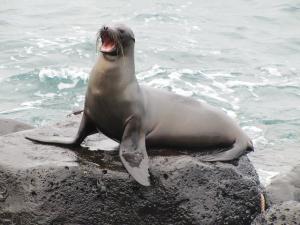 Catholic
How Not to Be a Terrible Sea Lion
Michelle Arnold 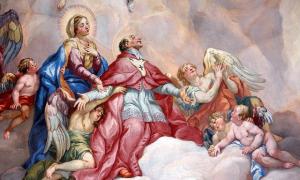 Catholic
The Virgin and the Philosophers
Michelle Arnold 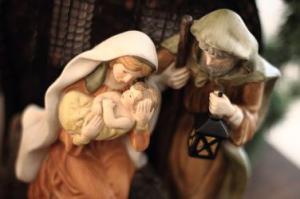 Catholic
What Mary Knew Is Her Own Business
Michelle Arnold