Memories of the First Books: A Treasury of Witches

Memories of the First Books: A Treasury of Witches August 31, 2017 Misha Magdalene

Previously on Outside the Charmed Circle, I described the kindling of my grade-school romance with Dungeons & Dragons, and the means by which that led me to devouring fantasy novels and books on mythology. (I was particularly taken with the childhood trifecta of Bulfinch’s Mythology, Hamilton’s Mythology: Timeless Tales of Gods and Heroes, and D’Aulaire’s Book of Greek Myths.) Between the exploits of gods and heroes, the sorcerous adventures of Le Guin and Moorcock, and my own imaginal ramblings, my head was abuzz with magic. It came as something of a jolt, then, to discover that there were actual practitioners of magic, real magic, in the real world. (My first encounter with a real-life Pagan—in grade school, no less!—is a story for another day.)

Not only that, but there were books, neither fiction nor mythology, which could reveal these mysteries to me. Best of all, there was one of those books at home, on my very own mother’s bookcase.

My first literary exposure to The Real Thing, the first grimoire I encountered as a wee slip of a child in early 1980s California, was my mother’s copy of A Treasury of Witchcraft, Harry E. Wedeck’s 1961 classic of sensationalist occultism. Sure, it was an overbaked mishmash of half-understood pieces from a double-dozen unrelated cultures, but the glances I snuck through the leaves of this grim tome sparked my imagination as nothing before, and the terms that danced before my eyes—osculum infame, Hand of Glory, Malleus Maleficarum, the Black Mass—visited me again in my dreams, rolling from the mouths of robed Inquisitors, chanted by nude women streaked with soot and rendered baby fat. That I understood almost none of what I read was not only irrelevant, it was instrumental to the ways in which my imagination ran wild. I pored over his description of the witch’s mark and searched my own body for similar markings or scars, desperately hoping to find validation for my occult desires. After all, Wedeck’s tome made it clear that something mysterious was happening out there in the world and, with care and perseverance, I could find out what it was… even become part of it.

Not long after, I found a copy of Erica Jong’s Witches (1981) at my local library.

An inexplicably unlikely installment of the Harry N. Abrams folklore series, which also included Wil Hugyen’s Gnomes and Brian Froud and Alan Lee’s Faeries, Jong’s book presented the figure of the witch as both a fairytale monster and a historical reality, part of a hidden tradition of magic and mystery. She added depth, nuance, and a whole host of complications to my nascent understanding of witchcraft. I didn’t understand half of what I read at the time, but anything I failed to grasp from her writing, Joseph A. Smith’s illustrations to accompany the text rendered as clearly as I could’ve asked. His evocative, hallucinatory images of witches gathering herbs by moonlight and embracing the Goat of the Sabbat, broken on the wheel and burning at the stake, taught me as much as the written text did, if not more. This was witchcraft as “women’s wisdom,” diametrically opposed to the faux-perfection of glorified toxic masculinity1. It was appealing, poetic stuff—dark, sexual, and powerful—but it was also frustratingly, inextricably tied to an “empowered,” quintessentially Seventies take on feminism which I knew, even as a late-tweener to early-teen, had little room for someone like… well, me. Hers was the classic binary-essentialist view of gender and sexuality, wrapped in Neo-Paganism and called “rebellion,” and in many ways it was as reactionary as a Reagan speech, as mainstream as an upsized combo meal. In Witches Jong danced right up to the edge of something truly transgressive, then backpedaled her Earth Shoes right the hell away from it.

Still, her vision had a potency and a poetry which transcended its other limitations, at least for one barely-teenage genderqueer kid lost in the 1980s. I was drawn to the witchcraft she evoked with her words, even as I was excluded from it for being a “boy,” and that calling—first heard in the pages of role-playing gamebooks and fantasy novels, amplified by my first confused tastes of what real witchcraft looked like—would haunt me for years after…

…and then, one day, an adult in my social circle handed me his copies of Drawing Down the Moon and The Spiral Dance and suggested I might find them interesting.

The rest, as they say, is history. And there, at long last, is my real answer to the “what was your first book?” question.

So, beautiful creatures, what was your first book—or books? Tell us about them in comments below, or on the Facebook page! 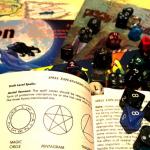 August 28, 2017
Memories of the First Books: Dungeons, Dragons, and the Dark Arts
Next Post 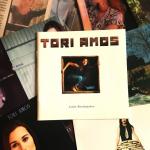 September 5, 2017 Mixtape of Shadows: Tori Amos, "Little Earthquakes"
Recent Comments
4 Comments | Leave a Comment
Browse Our Archives
get the latest from
Outside the Charmed Circle
Sign up for our newsletter
POPULAR AT PATHEOS Pagan
1

Punk Magick
Magick is about change. But change is always happening. What sets magick...
view all Pagan blogs
What Are Your Thoughts?leave a comment

4 responses to “Memories of the First Books: A Treasury of Witches”