The Company We Keep: On Ethics, Values, and Bigotry in Our Communities

As 2020 draws to a close, I’ve been speculating on some way to sum up the disappointed puzzlement I’ve felt every time I’ve attempted an objective recounting of this bizarre, confusing, sorrowful, awful year. So many unpleasant incidents, so many quiet tragedies, and yet no single event seemed to capture the sheer baffling WTF-ery that has been 2020.

Of course, 2020 took this as a dare, and proceeded to hold-my-beer its way into my last post of the year. To wit:

A couple of days ago, a well-known abuser in one of my communities messaged me to ask for a personal conversation, to “clear up any misunderstandings” I might have about them. They were polite, pleasant, and cheerful, concluding with a seasonal blessing which would’ve gone over better if I were the sort of person who enjoyed seasonal blessings… or, more likely, if they’d been someone else.

The following day, I responded to them as follows:

As a writer whose work is consciously rooted in feminist principles, and especially on the liberation of queer people and the inherent equality of all people of all genders, I try to be intentional in my interactions with others, so as to best advance those causes dear to my heart.

Unfortunately, a cursory examination of your documented words and actions reveals what I can only characterize as a depth of misogyny, transphobia, and generalized belligerence, none of which I feel qualified or motivated to discuss with you, much less to entertain any justifications or clarifications of same.

Should you feel motivated to make apologies and restitution to those you have negatively impacted with your words and actions and seek their forgiveness, we could conceivably revisit this topic. Until such time, however, I remain uninterested in a personal conversation with you on this or any other topic.

Then I blocked them, because I’m genuinely not interested in discourse with them. They have nothing to offer me; I want nothing from them. On the other hand, apparently I have something they want: my good opinion, my allyship, my support.

They’re never getting it, of course.

Please understand, I’m not saying any of this to talk myself up or show off how great I am. After all, you’ll note I haven’t mentioned their name or any other identifiers which could be used against me in a libel suit, were they to be reported to this person by the handful of mutual acquaintances we have. They’re known to be litigious, and even though truth is the ultimate defense against charges of libel, I have no interest in wasting time or money in a legal pissing match.

Besides, if you’re in the community in question, you’ve probably put two and two together and figured it out already.

I’m saying it because I’ve lost count of the number of times I’ve heard or seen some variation on the phrase, “Well, yeah, So-and-so is kinda [racist, sexist, homophobic, transphobic, abusive], but…” followed by some flavor of justification: their books are really good, their event is really important, they’ve done so much for the community, and so on.

A Question, and Some Answers

So, riddle me this:

Why do we tolerate bad actors who continually violate the basic principles on which our social contracts, as a community and a society, are ostensibly based? If those principles really are for sale, what good are they?

And what does it say about us, that we’re unwilling to hold such people accountable?

Well, I’ll tell you what it says. A little of it, at least.

When someone I know says, “Yes, So-and-so is bad, but…” about someone, this is what I hear:

Yes, they’re bad, but acknowledging that is inconvenient for me.

Yes, they’re bad, but I benefit from their wealth, status, or power.

Yes, they’re bad, but that’s not a deal-breaker for me.

Yes, they’re bad, but their badness doesn’t affect me personally.

Yes, they’re bad, but I’m insulated from the harm they do.

Yes, they’re bad, but that’s not my problem.

And when I hear all of those yes-buts, I realize the speaker has compartmentalized their experience of the world in a way that puts me at risk. They may care for me, personally and individually, but they don’t see their fraternization with abusers as the enabling cover it is.

And I know—to my very great sorrow and disappointment—that this person I know and care about isn’t safe for me.

What We Value and Who We Are

You may rightly ask at this point, “Are you writing about some particular situation, Misha? This all sounds pretty… specific.”

The answer is, yes and no. As is often the case around here, I’m writing about a trend I’ve noticed, rooted in specific instances. Some of them have been personal situations, while other have been things I’ve seen in passing online.

One recent online interaction in particular still sticks with me. In a social media forum intentionally inclusive of anyone who isn’t a cisgender male, a member asked for podcast suggestions. Someone responded with a strong recommendation for one particular podcast, with the caveat that “it can sometimes be a little TERF-y.” Being the ornery sort I am, I immediately replied to ask why someone would knowingly recommend transphobic media in a group full of trans people. The answer—unspoken, but obvious—was that the someone in question didn’t think transphobia was that big a deal.

Big enough to mention, perhaps, but not a deal-breaker.

It’s little things like that. So-and-so is a little racist, but their work on the runes is fantastic. Thus-and-so is transphobic, but they’ve done so much for women. Such-and-so is sexist and abusive, but they have name recognition and they pay well. And on, and on, and on. When we buy into the idea that some “notable” person’s bigotry can and should be given a pass because of what they bring to the community, what we’re saying is that what we value isn’t ethics, principles, or people. What we value is whatever this bad actor brings to the table: money, status, access, influence.

As we close out the calendar and look towards 2021 with (for me, at least) a mixture of hope and dread, I’ve come to realize just how desperately important it is to have a clear-eyed view of what our values truly are, and how they affect the choices we make. Looking over what I’ve written here, I’m reminded of an adage I’ve quoted time and again, which never stops being true: Don’t tell me what you believe. Show me what you do, and I’ll know what you believe.

I’ll know what you value, and what you’ll fight to protect. I’ll know who you love, and where your loyalties truly lie.

Until next time, dear ones, do good, and choose wisely. ♥

P.S: I’ve written at some length about these issues before, including my recent post “A Hole in Our Midst” and in what I’ve called the “Mirror” series, beginning with “A Long, Cold Look in the Mirror.” Content warning: this series includes discussion of rape, sexual abuse, and other forms of consent violation. Proceed with care.

October 30, 2020
A Word Before the Drop: On Politics, Ethics, and Compassion
Next Post 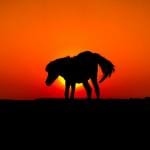 January 4, 2021 Sunset Doesn't Last All Evening: A Coda and a Benediction
Browse Our Archives
Related posts from Outside the Charmed Circle

Woke Magic, Corner Pocket
In a word, the Magic 8 Ball is woke. And I can't...
view all Pagan blogs
Copyright 2008-2021, Patheos. All rights reserved.
Close Ad