A Hole in Our Midst: On Moral Vulnerabilities in Esoteric Communities

Hello, beautiful creatures. I hope you’re all keeping well, washing your hands, wearing masks in public, and preparing to vote the current administration out of office…and, preferably, into prison cells.

As the pandemic stretches on, it’s occurred to me that, in many cases, the combination of unrelieved stress and extended isolation have functioned as something very like a crucible, burning away the dross we accumulate around ourselves and leaving behind the true person. Sadly, one of the more depressing realizations I’ve had during lockdown is that, underneath that accumulation of dross, some people are just assholes.

The Academic Perspective on the Asshole

Please understand, dear reader, I don’t use that term lightly or frivolously. On the contrary, I’m utilizing it in the strict academic sense outlined by Aaron James, associate professor of philosophy at the University of California, Irvine. In 2012, James published a book with the curiously provocative title Assholes: A Theory—which seems like it should be a parody, but is actually a serious work of ethical philosophy. In this book, James ponders the figure of the asshole in our culture and outlines the profound social harm done by such people. In parallel to American linguist Geoffrey Nunberg’s 2012 book Ascent of the A-Word: Assholism, the First Sixty Years, James provides his own definition for the term as part of a kind of general theory of assholery:

…a person counts as an asshole when, and only when, he* systematically allows himself to enjoy special advantages in interpersonal relations out of an entrenched sense of entitlement that immunizes him against the complaints of other people.

(* James is careful to note that while women can indeed be assholes, citing Ann Coulter specifically, he uses the masculine pronoun “he” because “assholes are by and large men.”)

In other words, James suggests that an asshole is someone who violates the social contract to benefit themselves at others’ expense, because they believe they are better than other people. They’re essentially a hybrid of the parasite and the abuser, trampling over others with their relentlessly callous, self-serving behavior. They’re the people who cut in lines, interrupt conversations to center themselves, and undercut others’ accomplishments to build themselves up. They’re the people who take without a thought for others, other than a certain malicious glee in bettering their own position.

One can see modern-day moral philosophers following on from James’ work here, grappling with the ramifications of assholish behavior both in others and in themselves, in such online venues as the Reddit group r/AmItheAsshole. In this subreddit, interlocutors share (ostensibly) personal anecdotes to probe the key question that all too few people stop to consider: am I, in fact, the asshole in this situation?

The Asshole Is Coming from Inside the House

Readers familiar with my blog have seen my point coming from a mile off, but new readers might be wondering where the hell I’m going with all of this. So, at the risk of belaboring the obvious, here’s my point:

The interlocking communities of Paganism, polytheism, and occultism have a serious asshole problem.

Out of a well-intentioned but misguided desire to give everyone the space to “do what they wilt,” we’ve created a space where assholes can operate with relative impunity. In the past month, I’ve personally observed no less than four separate instances of people within a standard deviation of “the Pagan community” (soi-disant) ticking all three of James’ checkboxes for Being An Asshole:

Yes, of course I could name names and point fingers… but ask yourselves: do you really need me to? Most of us already know who the assholes are. Unlike predators and abusers, assholes don’t keep their assholery a secret; they wear it like a badge of honor. They proclaim their superiority, their IDGAF attitudes, their belligerent pride in being an asshole with every word. You can’t get them to shut up about it.

I’ve discussed other socioethical problems within our communities before: our white supremacy problem, our predator problem, our transphobia problem, and more. On first blush, bringing up our asshole problem might seem to be a diminishment of those issues, but I want to suggest that the converse is true. Rather than downplaying their seriousness, I think our issues with assholes and our struggles with what James calls “asshole management” are a force multiplier for all of those issues, and contributes to our communities being unsafe places for the vulnerable and the marginalized. The asshole is statistically male, usually white, and often possessed of a level of privilege which makes his insistence on even larger slices of the pie infuriating, but also positions him to disproportionately inflict his assholery on women, people of color, queer and trans people, and similarly disempowered or minoritized groups.

Moreover, that struggle is indicative of, and dependent on, the pervasive issue of weak moral boundaries within our communities. Put simply, our communities have a catastrophic problem expressing and enforcing clear standards of right and wrong. We’re so wedded to our notions of letting people do their own thing that we quail at the notion of saying “no,” of enacting penalties for bad behavior, of ousting bad actors from our organizations and communal spaces. We willfully overlook actions and behaviors which our own putative belief systems and ethical codes clearly indicate are wrong, generally with the excuses like “it’s complicated” and “there are two sides to the story.” This creates a cultural climate of tolerance for behaviors which flout our standards, not merely in small petty ways, but to the fullest extent possible. Under the guise of endorsing personal freedoms, our moral permissiveness—or rather, our unwillingness to enforce what few moral standards we can bring ourselves to agree are part of the social contract—creates a pathway for the worst kinds of abuse.

How Do You Solve a Problem Like an Asshole?

In other words, the passes we write for assholes get used by predators. And we have no one to blame but ourselves.

I hate being a negative Nancy all the time, and I doubly hate writing a cranky, finger-pointing article without suggesting positive solutions to the problems I’m calling out, but really, the answer is so obvious that I shouldn’t have to type it:

Stop letting them have airspace in your communities. Stop giving them money. Stop shopping at their stores. Stop attending their events. Stop taking their classes. Stop making excuses for them. Stop writing them passes.

Will that solve all our problems overnight? No. Will it be awkward and uncomfortable? Yes. Will it mean risking the peace and stability of our communities? Probably. Will it even mean putting our own material security at risk? Entirely likely.

Is it the right thing to do? Without question, yes.

I’m not saying it’s easy, or that it’ll fix everything. I am saying, however, that it’ll go a long way towards managing those problems, reducing harm, and making our communities less toxic places in which to live, move, and have our being. Don’t just take my word for it, though. Go read Aaron James’ book. It’s funny, sobering, and smart… and in this age of rampant assholery at every level of society, right up to the highest offices in our respective nations, we desperately need some smart, sober thinking. 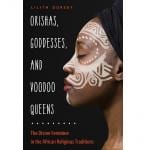