I’ll begin this post with a confession: of all the books I’ve received in the past few months with an eye towards writing about here, I had the most anxiety about engaging with this one. The reason behind my anxiety is pretty simple: I’m not a practitioner of any of the African traditional diasporic religions. I know a very little bit about them, mostly from having read a few books and talked with several practitioners, but I’m not any kind of authority on the subject. It’s one thing to review a book from an educated, informed perspective, but quite another to review it as an avowed newbie. So, everything I have to say here should be considered in that light.

I can’t speak to how someone with more knowledge and experience would receive fellow Patheos blogger Lilith Dorsey‘s new book, Orishas, Goddesses, and Voodoo Queens. I can only say that I found it an utterly engaging, educational, and welcoming text for someone who has as little experience as I have.

Dorsey’s book establishes a clear focus from the outset, in both the book’s title and its subtitle, “The Divine Feminine in the African Religious Traditions.” Her introduction explicitly calls out the importance of female empowerment in African traditional religions, underscores how these religious traditions can intersect with both goddess spirituality and feminism. Dorsey draws on both her academic background in anthropology and her personal history as a practitioner of Lucumi, Haitian Vodoun, and Louisiana Voodoo to provide a historical context for the present-day practice of African traditional and diasporic religions. She goes on to discuss the spiritual and material practicalities of engaging with these traditions, including (to my delight) the oft-neglected point that one cannot truly practice these traditions without a real-life connection the the powers and communities of practice around them. As Dorsey writes, “There is no substitute in the African diasporic traditions for proper guidance from a godmother and godfather,” pointing out that she literally travels more than a thousand miles to be in community with her spiritual family.

The book’s remaining chapters are each devoted to exploring the myths, histories, personalities, and workings for various sacred feminine beings. The book’s heavy inclusion of practical material workings, ranging from ritual baths and candle workings to recipes for foods devoted to particular beings, suggests that, from Dorsey’s perspective, these spiritual traditions are as much about what one does as about professions of belief. She concludes the book with suggestions for readers who’ve found the material compelling and attractive, and a benediction on the paths of readers who are called to relationship with these orishas, loas, goddesses, and Voodoo queens. The book’s appendices offer suggested readings and resources, a useful glossary of terms, and explanations of materials referred to in the text.

I enjoyed Dorsey’s book immensely, and I found it to be an intriguing introduction to the panoply of African religious traditions. This brings us to the sole critique in this post, which is less about the book itself than about its position in relation to its audience. Dorsey is careful to place each of the sacred feminine beings she discusses in the context of the traditions in which they’re honored, and gives a brief overview of the similarities between those traditions, but Orishas, Goddesses, and Voodoo Queens is clearly an introductory text written for an audience unfamiliar with the African and diasporic traditions. Such an audience might not understand or follow the distinctions between Lucumi, Ifa, Vodoun, Voodoo, Hoodoo, Conjure, and the other traditions mentioned in this slim volume, or come to the conclusion that those distinctions aren’t really that important. Nonetheless, Dorsey’s book makes a marvelous beginning text, especially in conjunction with other texts found in this book’s suggested readings—perhaps Dorsey’s own Voodoo and Afro-Carribean Paganism—and, of course, interaction with a living community of practitioners from whom to learn.

And as a side note, I was moved by the book’s dedication to Mac Rebennack, better known to the world as Dr. John the Nite Tripper, who was a walking, breathing compendium and glorious proponent of all the musical styles and substances to go into or come out of New Orleans.

Orishas, Goddesses, and Voodoo Queens by Lilith Dorsey is available from Weiser Books, or from whichever online bookseller you prefer.

[N.B.: I received a free advance copy of this book from Weiser, with no obligation to post a review.]

Until next time, dear ones, be safe, stay inside, and wash your hands. ♥ 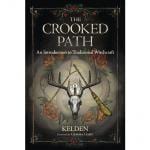 July 13, 2020 A Hole in Our Midst: On Moral Vulnerabilities in Esoteric Communities
Browse Our Archives
Related posts from Outside the Charmed Circle

Pagan
Unforgivable Curses: J.K. Rowling and the Tweet of...
Outside the Charmed Circle