Start as You Mean to Go On: A Prelude for the Work to Come

Start as You Mean to Go On: A Prelude for the Work to Come August 18, 2017 Misha Magdalene

Hello, everyone. Welcome to “Outside the Charmed Circle.”

This wasn’t supposed to be my first post. I was going to start out with a pleasant ramble introducing myself, outlining what I intend to write about here, and generally just easing us into the flow of things. I’ve written it already, of course, and I actually quite like it. I get to play at being funny, witty, erudite, and charming, in hopes of attracting new readers. I was really looking forward to posting it.

And then Charlottesville happened.

(I’m assuming you already know what I mean by that. If you don’t, Wikipedia has a decent summary. Go ahead and read it now, and come back here if you’re still interested.)

Charlottesville happened, and suddenly my silly, quippy, smartypants intro seemed tone-deaf, irrelevant, and out of touch with the moment. It struck the wrong note to start this blog. I’ll probably post it in a few days, but not today. Instead, I’m going to open with an observation, followed by a statement, and concluding with a prayer. (The prayer will be its own post, to follow shortly.) As with so much else in my life, the observation grew out of a sudden realization of my own shortcomings, which I am presumptuous enough to suppose that other folks might share, or at least sympathize with.

A couple of days ago, I was in conversation with a friend of mine, a witch and magician of some repute and respect, comparing notes on our respective states of emotional distress over the events of Charlottesville. I cracked a grim joke, then apologized, saying, “Black humor is what I’ve got. I mean, what else do we have right now?”

Without missing a beat, she responded, “Magic.”

This brought me up short. I realized that I’d let the white supremacist terrorists get the upper hand: I’d given in to fear. I was demoralized in the face of a seemingly endless wave of pictures and videos of Nazis marching openly in Charlottesville, the capstone on the pyramid of dumpster fires that is the American social and political landscape. I had let the awfulness of what I was seeing distract me from the simple truth that I am not powerless. I’m a witch and a sorcerer, after all… and before any of that, I’m a human being. I’m alive. I have intellect, passion, and will. I can act, both spiritually and physically, in all the worlds I can reach.

I have power. And if I have power, I have responsibility. If I can make the world better, even if only in a small way, then I have an obligation to do so: to do something, to make a change, to raise my voice.

Which brings us to the statement.

I was born in the United States, of an almost entirely European ethnic background, and was assigned to the male gender at birth. As such, I’ve grown up with all the unearned and unavoidable privilege those three things imply.

I am a parent, a spouse, a sibling, a child, a friend, a lover, and a complete stranger, depending on who’s looking. I’m a witch, a sorcerer, a polytheist, and a devotee of particular gods. I’m queer as the proverbial three-dollar bill, along multiple axes. I’m a feminist scholar who strives towards intersectional analysis in my philosophy, my theory, and my praxis, both mundane and magical. I am blessed to count among my families of blood and choice numerous people of color, queer people, transgender people, and people of wildly varying religious faiths (and absences of faith).

I am wholly, completely, and passionately opposed to the racism and white supremacy which permeate American culture, from the shifty douchebags waving discount-store tiki torches and chanting racist garbage to the bloviating ideologue who rode a wave of racism, sexism, bigotry, and hatred all the way to the highest elected office in the land. White nationalists, white supremacists, alt-right: the names don’t matter. They’re Nazis, one and all. I have nothing but contempt for them, and for those who would aid or defend them. I reject their claims of superiority, moral or genetic, and I denounce them for the cowardly trash they are.

To put it more succinctly: Fuck Nazis, and fuck anyone who supports them.

I realize I may alienate some readers with this statement. For some folks, the sociopolitical anger in my words is anathematic to their understanding of what Paganism, witchcraft, and magic are, by definition. For them, Paganism is a nature-based spiritual path beyond politics, witchcraft is a means of achieving balance and unity with all of the Mother Earth’s children, and magic is the light and love that radiates from a heart of enlightened well-being and compassion.

At the risk of offending these good-hearted folks, I must regretfully point out that those definitions are deeply ahistorical and contrary to the vast majority of recorded knowledge about magic and non-Abrahamic religion. I said “regretfully,” and I meant it, too. There are days when I’d love to live in a world where the pursuit of compassion and enlightenment could exist absent an engagement with the dirty, corrupt world of politics. Right now, that sounds delightful. It sounds like paradise.

And I live in a world where ostensibly well-meaning white people, following the example of the White House’s current occupant, have the unmitigated gall to say that “both sides acted badly.” This is the basest of sophistries, the pettiest of lies: the false equivalence. I mean, if we’ve learned nothing else from the past century—a proposition I’m willing to believe, looking at the world today—we should at least have learned that the Nazis are the bad guys. Always. No exceptions, no compromises.

I live in a world where magic, if it’s good for anything at all, is meant to resist the very forces of corruption and oppression we saw in Charlottesville, forces which permeate American culture and threaten to overrun, not only our own country, but the world itself.

If you’re reading this and preparing a fiery rejoinder, just… don’t. Instead, be still, and meditate on the fact that you’re preparing to defend Nazis. Not hypothetical, fictional, Raiders of the Lost Ark Nazis: actual, literal Nazis. You might want to sit with that a while, and work on fixing your heart.

On the other hand, if that’s not your jam, if you’re disgusted with the reality of America today—naked fascism, white supremacy, and the endless institutional and personal violence against people of color and trans and queer people, not to mention literal goddamn Nazis—then your heart is in the right place, both existentially and in relation to this blog.

Welcome to the resistance.

My next post will have some tangible suggestions for what that work looks like: things to read, things to think about, things to do. It will also have the prayer I mentioned, which is something to read, think about, and then do, if you are so moved. And for those who are worried that things seem kind of joyless here, I promise you: “Outside the Charmed Circle” isn’t always going to be about social justice, oppression, and Bad Things Happening. I have all kinds of fun posts queued up about books, music, movies, sex, gender, and role-playing games. We just need to get some chores done first.

Start as you mean to go on, after all.

Until then, stay safe, beautiful creatures. ♥ 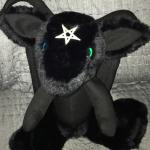 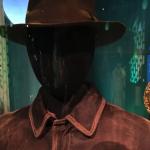 August 22, 2017 Start as You Mean to Go On: A Coda and a Prayer
Recent Comments
2 Comments | Leave a Comment
Browse Our Archives
get the latest from
Outside the Charmed Circle
Sign up for our newsletter
POPULAR AT PATHEOS Pagan
1

5 Ways to Get Off of...
John Beckett
Related posts from Outside the Charmed Circle

Is it Lughnasadh without Lugh?
This is not a post about the “right” name for this holy...
view all Pagan blogs
What Are Your Thoughts?leave a comment

2 responses to “Start as You Mean to Go On: A Prelude for the Work to Come”