The Intrinsic Queerness of Witchcraft, and Why It Matters

The Intrinsic Queerness of Witchcraft, and Why It Matters September 29, 2017 Misha Magdalene

In any written work, I feel it’s important to stake out the discursive ground one intends to occupy, to give the reader a sense of both where one is coming from and where one plans to go in the pages to follow: start as you mean to go on, as the song says. In my belated introduction, I wrote:

….the modern Pagan, polytheist, and occult movements are outside the charmed circle of culturally normative religious and spiritual identities, occupying an outsider status unavoidably similar to queer sexual and gender identities. What I suggest, in other words, is that magic, witchcraft, Paganism, and polytheism are queer: that we queer religion and spirituality in many of the ways that identities of Rubin’s “outer limits” queer sexuality and gender.

I stand by these statements, as far as they go, but they go only partway towards my intended point. In expanding on this point here, I’m going to speak primarily about witchcraft, since that’s the primary mode of practice in which I personally operate. However, my points can also be applied to other categories of practice, albeit to greater or lesser extents. (I hope to get to those in time, as well!)

Witchcraft, as both a historical artifact and a modern spiritual modality, is intrinsically non-normative: it stands in isolation from, or in opposition to, the norms of whatever culture in which it arises. This is axiomatic; if witchcraft matched the values of the dominant culture, it would be essentially indistinguishable from the other forms of spiritual praxis around it. The reality that certain forms of witchcraft aspire to just such a state of cultural respectability is duly noted. In fact, the need such groups feel to engage in “respectability politics” only reinforces the notion that witchcraft is in itself an “outsider” praxis, a queer spirituality. It’s also worth noting that, just as in the queer communities, the pursuit of respectability generally involves a muting or diminishment of the qualities which transgress against cultural norms, delivering a non-threatening “We’re just like you!” message to the dominant culture. Of course, this muting and diminishment comes with a price: it creates a witchcraft which couldn’t possibly offend one’s Aunt Tillie, and which is therefore unlikely to be of much interest to anyone.

In other words, witchcraft is inherently queer, deriving much of its power from its transgressive queerness, and any attempt to deny its intrinsic queerness is ultimately a reductive attempt to divest it of power.

An Explanation by Way of Some Definitions

For the folks who aren’t in the “both” or “neither” categories, I’d like to explain what I mean, and why I think it’s important. To do so, and properly stake out our discursive territory, I need to define both “witchcraft” and “queer” in this context. Neither term is particularly esoteric in itself, but my usages may be nonstandard or idiosyncratic in relation to others’ experiences. As such, I want to clarify my meanings in advance, in the hope of avoiding misunderstandings or unintentional disagreements. (Disagreements are fine, but I prefer them intentional, where possible.) I hope you’ll bear with me as I indulge in a little academese.

Within the confines of my own writing and practice, I use the term “witchcraft” to refer to an ambiguous but quantifiable category of magical practice rooted in, and derived from, a cosmological schema defined in part by the network of relationship(s) between the practitioner and the forces with which the practitioner treats, including the natural world. While the “witch” qualitatively differs from the “sorcerer” or the “magician,” it can be difficult to elucidate that difference without resorting to such sophistries as “I know it when I see it.” Perhaps the best distinction which can be drawn is that, while all three categories of practitioner treat with spirits, the witch tends towards a relationship of equity and partnership with such spirits, whereas the magician and sorcerer tend more towards relationships defined by hierarchy and authority. (These are not hard-and-fast delineations; many sorcerers and magicians, especially those in pacted relationships, operate very much in partnership with spirits, whilst some witches default to a sort of quasi-Solomonic “conjure and command” model of spirit-working.) While it’s certainly not within my power or authority to dictate who is or isn’t a witch, for the purposes of my analyses here, my definition of “witchcraft” is a pretty big umbrella, one which covers Gardnerian and Gardnerian-derived Wicca, “traditional witchcraft,” Anderson Faery/Feri, and numerous other traditions and forms of praxis.

I use the term “queer” as an umbrella term covering a variety of expressions of sexuality and gender which share in common their “outsider” status in relation to cultural norms of gender and sexuality. The precise definition and content of these cultural norms is a moving target, determined as it is by the mores of a given culture in a given place at a given point in time, all of which evolve. As I’ve wrote in my aforementioned belated introduction, some useful generalizations can be drawn from the work of Gayle Rubin, a cultural anthropologist whose seminal 1984 essay “Thinking Sex” has provided sexuality and gender theorists with a framework with which to analyze the notion of “normative sexuality.” In particular, Rubin’s concept of the “charmed circle” posits that there exists within any given culture a set of sexual attributes to which positive value is ascribed, and their antitheses, to which negative value is ascribed. The positively-valued attributes, seen as a cluster, form the normative sexual ideal within that culture, whilst their antitheses form what Rubin calls “the outer limits” of sexuality, the shadow-self of normative sexuality. Rubin’s framing of sexuality provides a useful lens through which gender can be viewed, where cisgender identity falls within the charmed circle, and transgender identity is queered, relegated to the outer limits. In fact, the tightly-gendered nature of our cultural views on sexuality render any fluidity or ambiguity of gender identity inherently queer, in terms of both gender and sexuality.

So, when I say that witchcraft is queer, I mean that it exists outside the charmed circle of spiritual praxis in our culture, but beyond that, I mean that queerness of sexuality and gender are intrinsic to the gnosis and praxis of witchcraft. Yes, even Gardnerian Wicca!

We’ll start breaking into that next time. Until then, dear ones, stay safe. ♥ 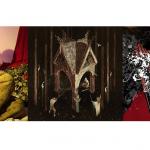 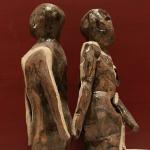 October 4, 2017 The Queerness at the Heart of the Charge: Gnosis and Exegesis
Recent Comments
8 Comments | Leave a Comment
Browse Our Archives
get the latest from
Pagan
Sign up for our newsletter
POPULAR AT PATHEOS Pagan
1

8 responses to “The Intrinsic Queerness of Witchcraft, and Why It Matters”