Hello, beautiful creatures, and welcome to “Mixtape of Shadows,” a feature in which we take a look at (and give a listen to) musicians outside the world of “Pagan music” whose work nevertheless touches on—or dives into—the magical, the mystical, and the just plain occult.

Today’s subjects are three acts whose work occupies space outside both the walled garden of Pagan music and the awareness horizon of the broader mainstream musical culture. On the surface, these artists couldn’t possibly have less to do with one another: an avant-garde singer of queer gospel, a pair of brothers from the underground world of black metal, and a genre-blending tatterdemalion polymath. What they share in common, other than their position outside the charmed circle of the mainstream, is the glimmering thread of mystery and magic shot through the fabric of their music. In some cases, that magic is overt and explicit, impossible to miss, while in others, it’s a knowing nod and a wink, a subtle layer of context for the careful listener. For all of them, it’s a key part of the wonder and charm of their music, an intrinsic element of the musical world they create.

So if you’re feeling a little bored with your current playlists, here are three new artists to meet, and perhaps fall in love with.

Josiah Wise, performing under the nom de plume serpentwithfeet, casts the eroticism of his jazzy, gospel-inflected vocals in a orchestral setting, moving from grandeur to gentility and back with a sensual grace. His self-described “pagan gospel” braids the esoteric with the confessional to form a set of lyrical meditations on the sacred, the profane, queerness, darkness, pain, shame, and redemption. The rawness of the emotions he captures here sits in shocking, confrontational contrast to the lush musical backdrop, creating a sound unlike anything else you’re likely to hear this year.

Wolves in the Throne Room

In contrast to the Satanic leanings (faux or genuine) of some of their genre-mates, Olympia, Washington’s Wolves in the Throne Room create a variety of black metal which leans towards the moody, atmospheric, contemplative, and emphatically pagan, if not necessarily “Pagan.” The fraternal duo of Aaron and Nathan Weaver eschew any particular orthodoxy, though mythological and magical references are woven throughout their work. Instead, they let the alchemy of their soundscapes speak for itself, transforming pummeling beats and seismic guitar riffs into waves of glacial fog weaving through trees, shrouding hills, and wreathing the land in mystery.

Seattle-based singer, songwriter, and multi-instrumentalist Anomie Belle occupies a musical space at the curious intersection of electronica, classical, and trip-hop, while also drawing upon any other genre that happens to be wandering by. In lesser hands, this might be a recipe for disaster, but Belle weaves these threads into a heady soundscape suffused with both the ethereal and the gritty, artsy and gutsy. An openly queer artist, her songs invite listeners, even the straight ones, to view sexuality through a queer lens: holy, visceral, passionate, and utterly magical.

Quote: “Passion moves like molten sweat / Washing us in silhouettes / Reshaping of our awkwardness / Into sacred experience” (“Inky Drips,” from The Crush, 2011).

Until next time, dear ones, sweet dreams. ♥ 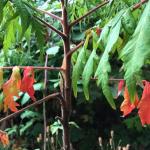 September 21, 2017
Mabon and Everything After, or, Learning to Love the Equinox
Next Post 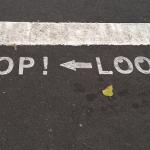 September 29, 2017 The Intrinsic Queerness of Witchcraft, and Why It Matters
Browse Our Archives
get the latest from
Pagan
Sign up for our newsletter
POPULAR AT PATHEOS Pagan
1

Getting Down & Dirty with Oracle Decks
Are you ready to get down and dirty about oracle decks? Ok,...
view all Pagan blogs
Copyright 2008-2021, Patheos. All rights reserved.