The Politics of (Spiral) Dancing, and Giving Away Your Power

The Politics of (Spiral) Dancing, and Giving Away Your Power November 8, 2017 Misha Magdalene

Hello, beautiful creatures. Previously on Outside the Charmed Circle, I talked a bit about the lie we so often tell ourselves within the p-word community, that power can somehow exist in isolation from accountability. Of course, I didn’t start out phrasing it that way. What I actually said was that politics is inherent to the human experience1, in the sense of “negotiating power as it exists between people.” This point seems to have resonated with some folks, and to have been lost on others, which probably means I’m somewhere in the vicinity of the definitional sweet spot. As such, I’m going to make a few more statements on this topic which are likely to elicit a similar range of responses.

So, if you’ve all got your popcorn and soft drinks at the ready, let’s do this!

Polytheism is not apolitical. The notion that polytheism has ever been apolitical is, frankly, an ahistorical innovation unique to the past hundred years, or less. If polytheistic religious practices were apolitical, the Gods of Olympus would never have been the core of the Greek state. The Pharaohs of Egypt and the Emperors of China and Japan wouldn’t have derived their authority from a lineage linking them directly to the Gods. The fates of entire peoples wouldn’t have turned on the struggles of deific figures, as in the mythohistorical Irish chronicle Lebor Gabála Érenn. Divinity and rulership have been intertwined as long as humans have spoken with gods and followed rulers, which makes politics as natural a part of a polytheist worldview as believing in the sovereignty and agency of the gods.

Oh, sorry. You meant Paganism, as in modern neo-Paganism?

Paganism is not apolitical. Here, let me throw a handful of names out for your consideration: Starhawk, John Michael Greer, Rhyd Wildermuth, Crystal Blanton, Thorn Coyle. You may find their writing inspirational or insipid, powerful or tepid. You can say they’re good writers, or bad, or mediocre. What you cannot say is that their work is apolitical, nor that it isn’t inherently rooted in a Pagan worldview. Indeed, in each case their politics are a natural outgrowth of their spirituality, and are woven throughout their spiritual work. To suggest otherwise is to engage in patent denial.

Well, okay, but what about witchcraft?

Witchcraft is not apolitical. If it were, would we be greeted by these images in the opening lines of Aradia, or the Gospel of the Witches…

In those days there were on earth many rich and many poor. The rich made slaves of all the poor. In those days were many slaves who were cruelly treated; in every palace tortures, in every castle prisoners. Many slaves escaped. They fled to the country; thus they became thieves and evil folk. Instead of sleeping by night, they plotted escape and robbed their masters, and then slew them. So they dwelt in the mountains and forests as robbers and assassins, all to avoid slavery.

…or this explicit directive to Aradia from no less an authority than her mother Diana, the Goddess of Witches?

If someone wishes to argue that Aradia isn’t their kind of witchcraft, I won’t insist on its universal applicability. Nevertheless, the point stands that it is a witchcraft text, and its political leanings are impossible to overlook. It’s not difficult to find similar instances of witchcraft and politics being linked throughout history. (I mean, the Inquisition was religiously motivated, sure, but you’d be hard pressed to squeeze a sheet of parchment between church and state at that point in history, and there’s more than a little evidence suggesting that some of the accusations of witchcraft were, in fact, politically motivated.)

So, what does all of this mean?

Here’s the thing: I’m not telling you to change your practices or beliefs. I’m not saying you need to start going to protests, donating money to causes, or marching in the streets. (Well, not at the moment, anyway. We’ll get to that later.)

What I am saying is that this thing we call “politics” is, like any other realm of human endeavor, a way in which power is negotiated and exercised. To claim that our lives are removed from that one sphere of power is to intentionally sever ourselves from it, and from our own power in that space. This is an example of what the Anderson Feri tradition calls “giving away your power,” and it’s a great big no-no.

I suspect part of the problem is that, as the myth of Spider-Man teaches us, with great power comes great responsibility. We look around us and see what a trash fire we’ve made of the world, and we can feel a powerful desire to find someone, anyone to blame for it, as long as it’s not us: “Hey, it’s not my fault, this place was a mess when I got here!” We can wash our hands of any responsibility—and, therefore, of any accountability—for the mess. If I don’t have any power to influence the outcome of elections, then it’s not my fault that corrupt politicians are elected, nor that bad policies are enacted. It’s not my fault when transgender people are murdered and legally disenfranchised, or when people of color are murdered by police, or when our government refuses to help its own people during natural disasters. That’s wasn’t me, after all. I had nothing to do with any of that. I’m not political.

The trouble is, compartmentalizing our lives so we can claim to be apolitical is a privilege, one afforded to those whose lives aren’t endangered by politics.

That’s a bold claim, I realize. I’ll break into it a little further next time, and offer what I hope will be some useful suggestions for Pagans, polytheists, and practitioners looking to unpack these ideas… and to reclaim some of their power. In the meantime, I’ll leave you with the song that’s been running through my head the whole time I wrote this post. You’re welcome.) 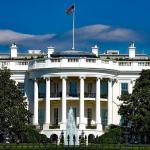 November 3, 2017
Apoliticality and Other Comfortable Lies We Tell Ourselves
Next Post 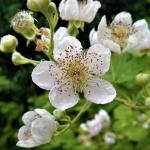 November 11, 2017 The Veil of Ignorance: Reclaiming Our Power, Understanding Our Privilege
Recent Comments
9 Comments | Leave a Comment
Browse Our Archives
get the latest from
Outside the Charmed Circle
Sign up for our newsletter
POPULAR AT PATHEOS Pagan
1

Cicada Magic
Oathbound
Related posts from Outside the Charmed Circle

The Magick of the Heart
Before I begin, I need to tell you a bit about this...
view all Pagan blogs
What Are Your Thoughts?leave a comment

9 responses to “The Politics of (Spiral) Dancing, and Giving Away Your Power”