Apoliticality and Other Comfortable Lies We Tell Ourselves

Apoliticality and Other Comfortable Lies We Tell Ourselves November 3, 2017 Misha Magdalene

Hello, beautiful creatures. Today I’d like to bring up another topic dear to my heart, and one sure to endear me to any number of readers out there: politics.

(Oooooh, did you feel that sudden rush of excitement, that transgressive frisson of danger? The tingling, as they say, is how you know it’s working.)

For some years now—more than I care to admit, really—I’ve participated in the interlocking worlds of witchcraft, polytheism, Paganism, magic, and related fringe communities and subcultures. Over that time, I’ve come to observe certain patterns, trends, and tropes recurring in our interactions, both in person and on the Internet. One of them runs, in a wide number of variations, something like this:

Person A: [says something which relates magic or polytheistic practice to world affairs]

Person B: “Oh, I don’t pay attention to any of that. My practice/craft/tradition is apolitical.”

Now, as loath as I am to push readers beyond their comfort zones without due warning, I feel it would be a grave disservice to both the community at large and you, my readers, to let this notion go unchallenged. I want to suggest to you that, if you live in any kind of contact with other human beings, you are engaging with politics. If you’re a citizen of a nation-state, if you have a job, if you talk to other people, if you use the Internet, you’re political.

The problem here may well be in how we define our terms. I won’t presume to speak for other countries, but in the U.S., a great many people are of the belief that “politics” refers to some sort of war between tribal groups named “Democrats” and “Republicans,” possibly with a vague handwave in the direction of a mythical people known as “Independents.” Some other folks seem to think of politics as an arcane drama which transpires in some mythic land far removed from the daily doings and goings-on of everyday folk like me and thee, not unlike what I understand the plot of Game of Scones to be. Those are both understandable beliefs to hold, and I’m genuinely not trying to denigrate people whose definition of politics starts and ends there.

However, I’ve said elsewhere that when I get stuck on complex concepts, I sometimes find it illuminating to go back to the denotative definition of a word. So, I’m again going to lean on the good work of our revolutionary comrades over at Merriam-Webster. Their definition of “politics” begins with “the art or science of government”—which is to say, the governing of the daily doings and goings-on of a specific set of people, such as me and thee—and proceeds through “the total complex of relations between people living in society”—which is to say, all of the daily doings and goings-on of the aforementioned specific set of people like me and thee. The word politics derives, as I’m sure you’re all aware, from the Greek word polis. A polis was a city-state of classical Greece, but more broadly, the term refers to a society or state, “especially when characterized by a sense of community.” In other words, me and thee again.

Politics doesn’t merely mean the shady dealings in the hall of power in Washington D.C., nor even in your local state capital or city hall. Politics also means knowing how to navigate the bureaucratic systems that encompass our own survival. It means knowing how to conduct the everyday business that gets us through the next few hours at work, or the next social occasion. Politics means knowing how to placate your racist Uncle Teddy before he ruins Thanksgiving with another rant about the Mexicans next door—and it means choosing not to placate him, but instead calling him out for the damnfool racist he is, thereby alienating your family yet again. Politics means laughing at the sexist jokes your supervisor tells over Friday night beers, and it means telling your supervisor that such jokes are gross and uncalled-for, and to expect a call from HR Monday morning. Politics means not having to notice when women, people of color, transgender people, queer people, and religious minorities are being systematically beaten down and fucked over… and it means choosing to notice anyway, choosing to care, and choosing to work against those oppressions.

It is, in short, another word for talking about and negotiating power… and if I’ve learned anything at all about the p-word community in the past couple decades, I’ve learned that a lot of us are really uncomfortable with power.

I mean, sure, we like the idea of power: witchy woo-woo, sorcerous might, “woman magic,” all that kind of thing. We love us some power, we do. Where we start to get uncomfortable is when we’re asked to be accountable, as well as powerful. When we’re asked to be responsible for what we do with that power, and when we’re told there’s a cost for how we wield it, or how we fail to wield it. After all, if our power can’t make the world a better place, what exactly is it for? And if it can actually make the world better, but we’re not using it to do so, what does that say about us?

In the face of such questions, “apoliticality” begins to sound a lot like another name for avoidance. It begins to exude the sour reek of fear, and the spoiled-milk stench of complacency and complicity.

What would our ancestors say to such an attitude, or our gods? Well, that’s a question for another time, and that right soon.

Until then, dear ones, keep yourselves as safe as you may. ♥ 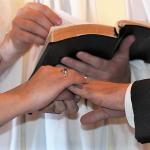 October 28, 2017
Agency and Agenda: Notes Towards a Consent-Based Approach to Praxis
Next Post 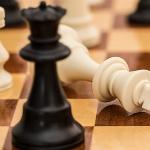 November 8, 2017 The Politics of (Spiral) Dancing, and Giving Away Your Power
Recent Comments
7 Comments | Leave a Comment
Browse Our Archives
get the latest from
Outside the Charmed Circle
Sign up for our newsletter
POPULAR AT PATHEOS Pagan
1

When Grief Comes 'Round on Cat...
A Modern Traditional Witch
Related posts from Outside the Charmed Circle

7 responses to “Apoliticality and Other Comfortable Lies We Tell Ourselves”