The Toxic Narrative of “Being Chosen” by Gods and Bad Boys

Hello, beautiful creatures. I’d like to take a moment to talk about an aspect of theurgy and polytheistic praxis that doesn’t get as much attention as I think it deserves.

There’s a narrative, popular in some Pagan and polytheist circles, which depicts the relationship between gods and their devotees in a curious, largely unidirectional way. In this narrative, a god will choose a particular person to be their devotee, then proceed to pursue that person until they give in to the deity’s advances. The character of this pursuit varies in description, ranging from stalking to coercion to overt assault, but the relationship being described always seems less reminiscent of “deity and devotee” than of “abuser and victim,” or possibly “predator and prey.” The underlying driver of this narrative is that the devotee ultimately has no say in whether or not to be in relationship with the deity.

They don’t get to choose, you see. They’ve been chosen. Of all the possible devotees in the modern polytheist/Pagan/practitioner community, willing or otherwise, this god chose them.

Now, I’m not here to kink-shame anyone, nor to tell anyone that they’re doing religion or spirituality wrong1. However, once we’ve embarked on a narrative in which we’ve cast ourselves as powerless protagonists at the mercy of domineering, socially inept aggressors who control the relationship, I think it’s necessary to admit to ourselves that we’ve passed beyond the realm of “differences in practice” and entered into a pseudo-romantic fairytale, one which is both psychologically and spiritually toxic. This is the theological equivalent of a wearyingly common theme found in a whole host of romantic fictions, from Rebel Without a Cause to, gods help us all, Twilight: the “bad boy” trope.

I’m guessing that most readers are already familiar with this concept, purely by virtue of being awake and aware in the early 21st century. Just in case you aren’t, though, here’s the short version: some folks derive both personal validation and self-esteem from the fantasy—or, in some cases, the reality—of being romantically involved with someone who’s just bad news, relationship-wise. They’re emotionally stunted, they’re dangerous, they’re “troubled,” they’re emotionally absent, or they have some other personality issue which makes them fundamentally a poor choice for an emotionally intimate relationship. The kicker, though, is that it’s precisely this unsuitability which makes them such a desirable relationship partner. The risk of being harmed—emotionally, financially, even physically—makes the dalliance far more exciting and gratifying than being involved with someone safe and, well, boring. The thrill comes from the danger, but also from that feeling of being chosen. Remember, of all the people this moody, dangerous, emotionally distant partner could’ve chosen, they chose us. The “bad boy” doesn’t like anybody, but they like us… and that makes us feel wanted, desired, validated. It makes us feel special, and “feeling special” can be intoxicating, exhilarating, incredibly seductive.

This relationship trope is something of a cliché, both because it’s been done to death in popular fiction and because it’s often cited as one of the reasons why “nice guys” can’t find suitable romantic partners2. It’s old and tired, but somehow it persists, to the point where some folks actually enact it in their own relationship lives. They find themselves chasing a “bad” boy, girl, or other, or they find themselves stepping into the “bad” role in order to get the kinds of attention they crave.

Now, take this cliché and project it into the realm of the numinous.

As I said, I’m not interested in kink-shaming or relationship-shaming, but if you wouldn’t let a romantic partner treat you a certain way, I’d certainly look askance at a god treating you similarly. I promise you, any relationship dynamic that looks skeevy, unhealthy, and sketchy as hell between two humans isn’t going to look any better between a human and a superhuman entity.

Take care of yourselves, dear ones, until next time. ♥ 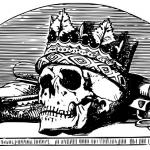 November 29, 2017
Kings, Queens, Dukes, and Lords: The Perils of Hegemony in Pagan and Polytheistic Praxis
Next Post 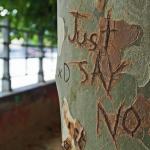 December 6, 2017 Saying No to Gods, and Other Challenges of the Path
Recent Comments
7 Comments | Leave a Comment
Browse Our Archives
Related posts from Outside the Charmed Circle