Some Unconventional Thoughts about Pagan Conventions

Hello, beautiful creatures. My apologies to those of you who were expecting a continuation of the Safer Sex Magic series. It’s in the works, but at the moment I’m writing this from my living room, where I’m curled up on the couch in jammies and a blanket, drinking a cup of herbal tea and sneezing periodically. That’s right, I’m sick. I mean, I could keep chalking it up to really bad allergies, like I’ve done for the past couple of days, but the reality is that I just got home from PantheaCon. My current malaise is almost certainly what’s known as con crud, the near-inevitable price for attending any large fringe-group gathering where people spend lots of time in close proximity hugging, kissing, shaking hands, and trading rhinoviruses like they were Magic: The Gathering cards.

For those of you unfamiliar with it, PantheaCon is an annual convention for what my beloved and I refer to, somewhat tongue in cheek, as “the woo community.” For 24 years now, Pagans, polytheists, occultists, and other such folks have gathered at a business hotel/conference center in the San Francisco Bay Area to attend workshops, listen to discussions, take classes, participate in rituals, and drink like fish. It’s a time to reconnect with old friends, meet new ones, have profound experiences, learn new ideas and practices, and get some serious shopping done1. It can be a marvelous time, even with the health risks (and the occasional hygiene violations), and I certainly had my share of fun over the weekend. During a rare quiet moment on Saturday, though, I took some time to reflect not only on my experience of the convention I was in the midst of attending, but on the “big gathering” model of community and communal engagement in general.

Even leaving aside the countless regional Pagan Pride Day festivals, there are an awful lot of conventions, conferences, and festivals geared towards a general “woo community” audience: PantheaCon, Pagan Spirit Gathering, Convocation, and Mystic South, just to name a few. Additionally, there are quite a few more which cater to specific subsets of woo, such as Hexenfest and NOTOCON. Don’t forget to factor in all the gatherings that aren’t specifically Pagan/polytheist/occult/magical in nature, but have significant overlap in their communal makeup, and often have programming relevant to our interests: FaerieWorlds, FaerieCon, SCA events, Renaissance Faires, and—I am reliably informed—every bellydance festival ever.

When you tot that all up, it works out to a non-trivial number of big gatherings, all of which tend to have some things in common… other than the drinking, shopping, and occasional bouts of B.O., that is. This isn’t really surprising, given that most of these events are loosely built around the model of the science fiction convention, that remarkably enduring adaptation and mutation of the stodgiest of all possible gatherings, the professional conference.

I’m far from being a newbie at con-going, within and without the woo community, but this may have been the first time I stopped to consider the question of how this model serves us, as a community. For a measured space of time—a weekend, maybe a whole week on rare occasions—we retreat from the “mundane world” into an alternate reality of hotel rooms (or tents, if you’re the outdoorsy type) and vending spaces and hospitality suites. It’s a temporally-limited pocket dimension in which the world as we know it is made up of People Like Us. I know from personal experience that it’s entirely possible to spend the entire weekend of a con without seeing a single person who isn’t some flavor of woo… apart from the service staff necessary to maintain the illusion, that is.

That was, I think, the loose thread that unraveled the illusion for me. Cons are hugely fun, but it’s tempting to see them as reprieves and refuges from muggles and the “mundane world” with all its celebrity culture, political disasters, and horrific violent tragedies that make us lose what little faith we might have in the goodness of humanity. It’s easy to believe that we’re sojourning in Faërie when, really, we’re spending a weekend at a business hotel near the San Jose airport.

That’s not to say that PantheaCon and other such conventions aren’t important, or filled with magic and wonder. They can be educational, bonding, joyful, comforting, sexy, hilarious, even transformative. They can be magical, in every sense of the word, for those of us with the privilege to be able to attend them… but while we’re at it, let’s not forget that these magical experiences are just one part of a real world filled with real magic. That magic exists alongside the mundane, the sacred within the profane. As above, so below. All of the sephiroth are equally holy. The world of dayjobs and dishes might be boring as hell sometimes2, but it’s also where the most important magic takes root: the magic of everyday life, the transformation of reality on both a local and a global scale. If we surrender “the mundane world” to the powers that be, not only are we reducing ourselves and our impact to that of a hobbyist group in a hermetically-sealed bubble—pun intended—but we’re also abandoning everyone who isn’t lucky enough or privileged enough to be part of our in-group. (In case you were wondering who I mean here, an entirely unscientific visual survey of PantheaCon 2018’s attendees suggests that would be people of color, disabled people, the very poor, and other people whose franchise is negatively impacted in our culture. This isn’t to say there were no poor people, people of color, or disabled people at the convention, just that they were somewhat notable by their rarity.)

How does all of this pertain to p-word conventions? I’m glad you asked. Going back to the model on which our “gatherings of the tribes” are based, I’d suggest incorporating an approach to our conventions which treats them like professional conferences or academic symposia, in addition to being Pagan Party Time and Polytheist Coffee Klatch (with optional Occult Shopping Spree). If we come from local communities, let’s treat conventions like an opportunity to gather new knowledge and skills to bring back to those communities. If we don’t have local communities, let’s treat them as opportunities to network and, perhaps, form relationships which could lead to community.

I know a lot of you already have this approach, and are already doing this work, and bless you for it. I dunno, maybe I’m only writing about myself. It’s possible. After all, I have con crud, and I’m pretty sure it’s crowding my brain in a corner and forcing it to sing karaoke to Bonnie Tyler’s “Total Eclipse of the Heart.” It’s getting weird in here, folks. Time for another round of cold medicine and a Stranger Things marathon. I’m sure that’ll normalize things…

Until next time, dear ones, stay warm and hydrated. ♥ 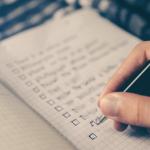 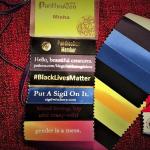 February 24, 2018 Words Mean Things: A Resource for Discussing Gender and Sexuality
Browse Our Archives
get the latest from
Outside the Charmed Circle
Sign up for our newsletter
POPULAR AT PATHEOS Pagan
1