Witch-Aesthetics and the Elitism of Curmudgeonry

Witch-Aesthetics and the Elitism of Curmudgeonry March 10, 2018 Misha Magdalene

Hello, beautiful creatures, and welcome back to “Misha’s Had Too Much Coffee and Not Enough Sleep!” In today’s episode, we’re gonna talk about witchcraft and aesthetics, and the fact that some of us (ahem) older witchy types can get just the teensiest bit cranky about them. Ready? Let’s do this!

I’ve been spending more than a little time in recent days obsessively cogitating about the ways in which magical praxis, occulture, aesthetics, and generational divides intersect to produce a veritable witch’s brew of misunderstandings, elitism, bad attitudes, and all-around crankiness. This has been bubbling away for some time now behind the endless, featureless white wall with the big iron door labelled BRAIN GNOMES AND PSYCHOPOMPS ONLY BEYOND THIS POINT which cordons off the back half of my brain1, but it all came to the surface in a recent post I made to my personal Facebook page, which read as follows:

Those of you unfamiliar with the trend I’m referencing here might need me to do a little unpacking. By “lifestyle witchcraft,” I was referring to the sort of pop-witchcraft one can see in photosets on Tumblr, Pinterest, and Polyvore, as well as everything on the #witchesofinstagram hashtag. It’s covered in any number of Broadly, Teen Vogue, or Buzzfeed articles. It’s fashion and interior design marketed with a vaguely occult-ish flavor. It’s coordinating your outfit and makeup to the phase of the moon, aiming for something between Hot Topic and Anthropologie, Urban Decay and thrift shop chic. It’s glittery pumpkin spicerack witchcraft, in other words, and it’s almost exclusively by and for young women.

This is hardly a new trend, as anyone old enough to have actually practiced witchcraft when The Craft was first released in theaters2 should already know. Still, it’s easy to see this latest wave of pop-occulture as nothing more than vapid corporate attempts to sell products by funneling sincere spiritual hunger into a hollow, surface-level aesthetic. It’s easy to be disgusted at the number of people—at the number of young women, mind you—treating what our culture, practice, and spirituality like a fashion accessory.

I know it’s easy, because I agreed with all of this, right up until I started really thinking about it. Once I did, I started to feel profoundly uneasy about dismissing the world of “basic witch-aesthetics” out of hand. The conversation which ensued on my Facebook post was edifying, in great part because it helped me to tease apart exactly what it was that bothered me. Some of it was genuine disgust at corporate packaging of the trappings of occult spirituality—which, as noted, is as old as the hills. Some of it was the boringly predictable outrage endemic to being a middle-aged person in a fringe demographic, shaking my fist at random passersby and complaining that Kids These Days Are Doing It All Wrong.

And some of it, I must confess, was me giving in to the usual, tiresome sort of dismissal of Things Women Like.

I was embarrassed, even ashamed, to realize I’d fallen for this trick. It’s precisely the sort of ruse I’m trained to see through, and I failed… or rather, I was only able to get past it once a few friends of mine—mostly women and people of color, I will note—pointed out with extraordinary delicacy and patience that my prejudice as a white person assigned male at birth was showing.

So, here’s a few bold statements, and possibly unpopular ones at that:

One of the things witchcraft is for is empowering people who’ve been disempowered, trodden down, and systematically fucked over by the Powers That Be. In other words, it’s for people who’ve been Othered. In modern Western culture, that would include women, people of color, queer people, trans people, and anyone else whose agency and self-possession have been stripped from them.

When looking at pop occulture, it’s crucial to discern between witchy folks who are on the hustle and market-driven corporate exploitation, and to separate out critiques of consumerism from attacks on oppressed people—women, girls, queer folks, trans folks, and especially queer and trans people of color—who are exploring their own avenues of self-expression. There absolutely are instances of what I’ve called “lifestyle witchcraft” which are nothing more than a corporate entity making money off the desire of a certain demographic of women to have an edgy bohemian aesthetic… but there are folks for whom witchcraft is aesthetic, commercial and spiritual. It is in incredibly poor taste to tell oppressed people how they should or shouldn’t engage with their spirituality, their aesthetics, or their survival. In a capitalist society such as the one in which we live, it is the height of privilege to suggest that combining magic, commerce, and fashion is somehow invalid, impure, or immoral.

As for the dismissal of “witchcraft-as-aesthetic,” well, the good folks over at Oxford Living Dictionaries define an aesthetic as “a set of principles underlying and guiding the work of a particular artist or artistic movement.”

If witchcraft is an art—and it is, my dear ones, it is—then it had damned well better have an aesthetic.

I have some thoughts about the aesthetics of witchcraft and witchcraft-as-aesthetic, and some self-involved ruminations about my own aesthetic… but they’re probably more appropriate for another column, another time.

Until then, dear ones, wear all the glitter you damn well want. ♥ 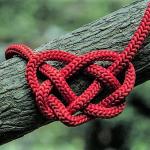 March 9, 2018
On Being a Witch: The Relationships at the Heart of the Craft
Next Post 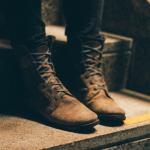 March 15, 2018 We Can Be Heroes: Some Thoughts in the Wake of #NationalSchoolWalkoutDay
Recent Comments
18 Comments | Leave a Comment
Browse Our Archives
get the latest from
Pagan
Sign up for our newsletter
POPULAR AT PATHEOS Pagan
1

“Stay in the Conversation” – Research...
John Beckett
Related posts from Outside the Charmed Circle

“Stay in the Conversation” – Research Into the...
Research from the Springtide Research Institute shows that 39% of young people...
view all Pagan blogs
What Are Your Thoughts?leave a comment

18 responses to “Witch-Aesthetics and the Elitism of Curmudgeonry”