Somewhere I Don’t Belong: Intruding on Paradise, and Other Lessons from Hawai’i

Somewhere I Don’t Belong: Intruding on Paradise, and Other Lessons from Hawai’i May 21, 2018 Misha Magdalene

Previously on Outside the Charmed Circle, I told you about my trip to the British Isles, and about the sense of belonging that I felt the entire time I was there. Today, I thought we might take the opposite tack and talk about a trip I made somewhere I definitely didn’t belong.

In the summer of 2016, my partner took me and our daughter to Hawai’i, to the Big Island, for my birthday. (Okay, technically it was a family vacation, but it was inspired by my birthday. At least partly by my birthday. Look, just let me have this, okay?) I’d never visited Hawai’i before, but I heard wonderful things about it from everyone I knew whose opinions I trusted. They told me it was beautiful, that the people were super-friendly, and that I’d have a marvelous time.

Well, Hawai’i was indeed heart-stoppingly lovely. It’s one of those places where you can pull off the road, look in literally any direction, and see natural beauty so transcendent that it brings tears to your eyes. (The ever-present blazing sun might also have been a factor.) Most of the locals I met were quite friendly and welcoming, and I appreciated their willingness to share the beauty of their land and their culture with us.

As for the marvelous time, well… yes and no.

I want to be clear at the outset that my ambivalence was in no way due to a failure on the part of the land or the people to be delightful. Rather, it derived from the sensation—again, as with my trip to the British Isles, immediately upon stepping off the plane onto Hawai’ian soil—that I was standing somewhere I had no place being. The first couple of days were marked by a constant sense of being seen by something much, much greater and more powerful than me… seen and identified as a haole , a foreigner, an outsider. That sensation was pervasive, and it only increased as I spent more time on the island. In restaurants and shops, on beaches and in parks, even in my hotel room, I felt that sense of being under a watchful eye.

About halfway through our time on the Big Island, we visited Hawai’i Volcanoes National Park. It was awesome, in the literal and denotative sense of the word. We saw petroglyphs and lava tubes, birds and flowers, and utterly breathtaking views (along with some utterly quotidian parking lots). Most memorably, we visited Kīlauea, the active volcano which helped to form much of the Hawai’ian archipelago.

According to Hawai’ian belief, Kīlauea is inhabited by the goddess Pele, and we were there to pay our respects to the goddess in person… or, you know, as in-person as it’s possible to be, given that Kīlauea’s caldera is a couple of safety-enhancing miles away from the park’s visitor center.

We arrived at the visitor center an hour or so before sundown and had an early bento-box dinner (courtesy of the sublime Teshima’s Restaurant), then settled in to wait for sundown. You see, Kīlauea has been in a constant state of eruption since 1983, and the spectacle of glowing lava spewed into the air from the ominously glowing crater was one of the primary tourist attractions on the Big Island.

As we sat and waited, my uneasy sense of being watched, which never really went away, grew more acute. I got the impression of an expectant awareness, as if waiting for me to say something. I gulped, then reached out and greeted it, thanking it for the honor of being there and asking if I was doing something wrong. Am I trespassing? Am I intruding? Should I leave?

The answer I received back, more as impressions than as words, was unequivocal. I was welcome to visit, respectfully, and to contribute to the local economy, especially with the native Hawai’ians. And then, at the end of my scheduled stay, I was welcome to go home.

I took her response to heart. I enjoyed the rest of my time in Hawai’i, swimming in impossibly clear water and eating meals so delicious as to defy description. I paid my respects to the spirits of the places I went, both human and otherwise, and attempted to fulfill as few of the “ugly mainland tourist” stereotypes as possible. And then, when my vacation ended, I packed my bags and went home.

I understand that many white Americans have trouble with that last bit. They visit Hawai’i and fall instantly, irrevocably in love with the islands. I know some of them feel that, in Hawai’i, they’ve found their true spiritual home. I can’t speak to their experiences, of course, only my own. For me, visiting Hawai’i was immensely instructive in a variety of ways. I learned much about Hawai’ian history, religion, and culture, and I developed a tremendous respect for the Hawai’ian people.

Undergirding all of those lessons, though, I learned—or had reinforced for me, perhaps—that not all places are for all people.

Hawai’i is for the Hawai’ians. I am in no wise empowered to dictate who is or isn’t Hawai’ian; that, I leave to the Hawai’ians. I only know that I am not one. Pele is a mighty goddess, and her land is a beautiful land. I am truly privileged and blessed to have walked her shores, eaten her food, swum in her waters. I am especially blessed to have been under her eye, to have spoken with the goddess and received a response. She is not my goddess, however. I am not her child, and her land is not mine.

Until next time, dear ones, mind your step. ♥ 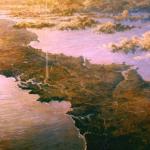 May 19, 2018
A Green and Pleasant Land: On Belonging, Spirits, and Place
Next Post 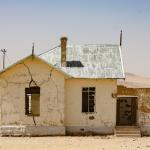 May 24, 2018 An Alignment of Belief and Praxis
Browse Our Archives
get the latest from
Outside the Charmed Circle
Sign up for our newsletter
POPULAR AT PATHEOS Pagan
1

Finding Pagan & Witchcraft Wisdom Online Versus In...
The young witching community is hungry for knowledge, but many of them...
view all Pagan blogs
Copyright 2008-2020, Patheos. All rights reserved.