A subject that’s been much on my mind of late is the relationship between the amalgamation of Pagans, polytheists, magical practitioners, and all-around weirdos we are pleased to call “a community” and the medium which is, for better and for worse, the primary means by which our magicoreligious traditions are taught and transmitted: the printed word. P-words like us some books, yes we do; after all, we are “People of the Library,” right?1

Based on a cursory glance at certain book-selling websites, we’re also the People of the Snarky Book Review.

Now, I’m a fan of well-written sardonic humor, and of well-reasoned critiques and reviews, but a lot of what I’ve seen in book reviews on various sites leaves something to be desired in both the reason and writing departments. Part of that is a function of the Internet, where everyone’s voice is louder, which means that even misinformed or malicious opinions have a broader audience and a bigger megaphone. Combine that with the democratic, egalitarian, and individualist notion that everyone’s opinion is equally valid and worthwhile—which is a conversation for another day—and it’s not hard to see how broad access to communications technology can have something of a levelling effect on discourse, boosting the signal-to-noise ratio firmly in the direction of “noise.”

What follows are a set of trends I’ve noticed in “customer reviews” of books which contribute to the noise. These reviewing styles aren’t exclusive to Pagan, polytheist, or magical writings, of course, but they do turn up often enough that I noticed them… and if you read reviews of books, odds are good that you’ve noticed at least a few of them, too.

Among the most easily dismissed reviewers are folks who simply didn’t read the book. A subset of the Complaining About Shows You Don’t Watch trope, these reviewers are relatively easy to spot in the wild: they complain about qualities that aren’t actually present in the book, or about the absence of things that are in the book. Of all the “reviewing” styles listed here, this one galls me the most. Why? Put simply, if you haven’t read it, you aren’t qualified to comment. This isn’t meritocracy or elitism, but basic pragmatism. Am I qualified to tell you if it’s raining outside if I haven’t bothered to look outside? No, I am not. So, dear ones, if we haven’t made a good-faith effort to actually read the book—by which I mean, we have a physical or digital copy of the book in our own possession, at least 25% of the text of which we have passed through that marvelous analytical meat computer between our ears, we should still our restless fingers. No one needs to know what we think of a book we didn’t read.

I “Read” It Through A Pair Of Welding Goggles

As implied above, merely waving the text in front of our sensory organs is no guarantee of sound critique. Without bringing some measured analysis to a review, all that’s left is the reviewer’s opinion, void of context… which is useless if the point of the review is to let other folks know whether or not the book is worth their time. It’s especially galling when the review makes it clear that the reviewer’s opinion is so heavily influenced by their preconceptions and perceptual filters that they’re functionally not even reading the book itself, but their own reactions to it.

The solution here is, of course, to apply some critical thinking and analysis to how we approach a text, and to actually read what the author wrote, rather than what we think they wrote. (This principle also applies to writing comments on the Internet, by the way, such as responses to Patheos articles.)

I Knew It Would Be Awful (And It Was)

This reviewing style could be seen as a subset of the previous entry, but I think it qualifies as it’s own special type of terribleness. The “reviewer” goes into their relationship with the text assuming they’re going to dislike it, based on some set of preconceived notions, then has precisely the response they expected to and, rather than acknowledging their own biases, place the blame squarely on the book and its author. This is different from making an accurate risk assessment, which usually involves suspending critical judgment until one actually reads the text. In this case, it’s the judgment happened before the reviewer ever engaged with the text. Again, the reviewer is responding to their own feelings, rather than the text itself, but where the previous example shows a reader simply misreading a text, the I Knew It Would Be Awful reader is going in with a critique already written.

As before, critical thinking and analysis are key, but in addition to being focused on the text itself, that keen discernment and analytical eye should also be turned on one’s own feelings and biases. Just as no one needs to know what we think of a book we didn’t read, no one really needs to know how we felt about a book before we read it.

The one-word review appears in two variants. The first is usually some sort of complaint or negative judgment on the book, such as “trash” or “awful,” though it occasionally shows up as “great.” These reviews might be called the “offhandedly pithy,” though they always strike me as “I’m too lazy to actually write what I thought about this book, but I wanted to MAKE MY OPINION KNOWN!” I suspect that, if pressed to expand on their thoughts, most of these folks would show up under some other heading, such as I Didn’t Read It (But Let Me Tell You Why It’s Terrible) or I Knew It Would Be Awful (And It Was). You already know what I think of those reviewers.

The second type is the “clever” one-word reviewer whose review is a play on words, referencing either the book’s title, the subject, or the author’s name. The canonical example of this version is Leonard Maltin’s one-word review of the 1948 musical Isn’t It Romantic?, which reads, in it’s entirety, “No.” Zingers like this can be funny on occasion, but they’re rarely informative. Unless one has the wit of a Leonard Maltin—and, really, how many of us do?—I suggest we find other outlets for our stand-up comedy urges.

Let Me Tell You Why I Don’t Like The Author

Let me tell you why I don’t care! Reviews of this sort tend to sound an awful lot like the reviewer has a personal grudge against the author of the text: “Lady Pixie Moondrip was rude to me once at a Pagan Pride Day! Don’t buy her awful book on chakra energy washing! She’s mean to children and small household animals! Also, I don’t like the way she looks!” Now, Lady Pixie Moondrip might indeed be rude, mean, or aesthetically displeasing to some folks, but none of those judgments tells me whether or not her book on chakra energy washing is any damn good or not. (I’m sure it’s awesome. After all, how could it not be, right?) If you’re writing a review, review the book, not the author.

Ever read a review so scathing and venomous that you just have to know what sort of person would write it? And then you look at their profile, and discover that their account is mere days old, there’s no information about them whatsoever, that they’ve written no other reviews? In other words, it looks as though they manifested on this plane of existence for the sole purpose of venting vitriol about this book? Whenever I see these folks, I’m further convinced that there are people who literally don’t know how to get through life without being angry about something, and if they can’t find anything else, they’ll get mad about a book they didn’t like. It’s the only explanation I can come up with for someone literally creating an account for the sole reason of attacking someone else’s work.2

Of course, I could understand this behavior if someone thinks a book is legitimately harmful, but books on chakra energy washing or whatever are rarely dangerous, and—more to the point—I find it difficult to believe that most people are genuinely moved to protect “the Pagan community” from badly-written, poorly-researched books. (Alas.)

Seriously, folks, we can do better than this.

I’ll grant you, there are some less-than-stellar books out there, and a few I’d even go so far as to say are just plain bad. However, with the exception of some truly cynical garbage I’ve seen turn up in the past few years, even books that are just sorta “meh” were written by folks who were genuinely trying to put something of value out into the world, to have some positive effect on their communities and traditions of practice. I guarantee you that no one is writing Pagan, polytheist, or occult books to get rich. In fact, as Erynn Rowan Laurie recently pointed out, authors in this field are struggling to get people to pay for their books at all.

So, if a book is misinformed, mistaken, or simply not to your taste, and you want to point that out in a review, go for it! Argue with the author’s ideas, challenge their conclusions, critique their writing. All of those are all fair game. Just don’t waste anyone’s time with any of the lazy, self-involved, petty things I called out above. It’s a small thing, perhaps, but even small things contribute to making our interlocking communities better spaces for everyone.

Until next time, dear ones, be safe and sassy. ♥ 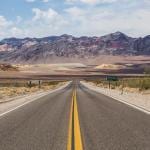 February 4, 2019
Catching Up with the Wild Migratory Misha: Places, Dates, and Words
Next Post 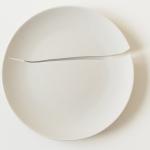 March 29, 2019 The Unbearable Whiteness of Being Pagan: Some Observations on White Fragility in Esoteric Spiritual Movements
Recent Comments
3 Comments | Leave a Comment
Browse Our Archives
Related posts from Outside the Charmed Circle

Worship, Practice, and Spirits from Pop Culture
Today we have four questions: on worship, practice in difficult situations, spirits...
view all Pagan blogs
What Are Your Thoughts?leave a comment