Critique as She Is Spoke: On Being “Pagan Enough” to Blog

Critique as She Is Spoke: On Being “Pagan Enough” to Blog November 7, 2019 Misha Magdalene

Hello, beautiful creatures. Let’s talk about critique, shall we?

As a writer with the temerity (not to say hubris) to preserve my thoughts and opinions in written form in the public record, I accept that a certain amount of critique is inevitable, even desirable. If I put words out there, people will probably read them; most of those people are likely to have some sort of feelings about them; and some of those people will respond in some way, either in comments here or, as is increasingly the case, on Facebook.

I’m actually quite comfortable with this, though I don’t feel obligated to respond to those critiques any further than I happen to feel like in the moment… which, let’s be honest, is an effective zero most days. I adore you all, truly, but I simply don’t have the time to respond to every single critique. Nor would I want to, honestly. Some are critiques, not of my writing or my positions, but of the world itself, which is a bit above my pay grade, or of me as a person, which is a bit silly.

One particular critique has come to my attention, though, which I do actually want to address, because I feel like it’s proceeding from a really interesting place. The subject of my fascination is the criticism I’ve received, from several ostensible readers, that I’m not “writing about Paganism,” that “whatever I’m doing here” isn’t Paganism, and that I’m “not really Pagan.”

This critique fascinates me for a number of reasons. First and foremost, while these are technically different critiques, they’re all based on the same set of assumptions, which are both widespread and flatly insupportable. After all, what is Paganism? How is the term being defined? Remember the joke about asking ten Pagans and getting thirteen different answers? Paganism as a category is notoriously difficult, perhaps even impossible, to decisively quantify. In fact, most speakers use “Paganism” as an umbrella term to refer to a whole hose of spiritual and religious traditions, some of which are are largely incompatible with one another. How can I be kicked out of a club with no walls?

I suspect that what most critics means when they say I’m “not really Pagan” is that they disapprove of me: my attitudes, my stances, and whatever they believe my beliefs to be. In other words, I’m not “their sort of Pagan.” That would be fine if we could all just acknowledge that there are folks under the big umbrella whose way of “being Pagan” isn’t to our taste, but even acknowledging that that much would afford me too much legitimacy for some folks’ liking.

This brings us to a slightly more interesting spin on this critique: that what I write about “isn’t Paganism.”

This one puzzles me, but I suspect part of the problem is that what I’m writing isn’t what most folks immediately think of when we talk about “Pagan content.” I don’t usually write rituals, spells, or other how-tos. I’m not teaching Paganism, or witchcraft, or magic in this column. What I’m doing is writing about Paganism as a culture, and as a cultural force, from the only perspective I can: my own. I’ve been a practicing witch, magician, and Pagan in one form or another for more than 30 years, in a few different geographical communities, and my perspective is informed by the things I’ve seen and experienced. Some of those things have been have been really good—beautiful, life-affirming, and transformative—while other things have been… other things.

Like every other writer on Patheos, or anywhere else, I write about what I find interesting. I write about Pagan culture, and about Paganism’s intersections and connections with the overculture in which we’re all ensconced, because I find those things interesting. I write about racism, sexism, transphobia, and sexual misconduct in Pagan, polytheist, and magical communities because I have a vested interest in those issues; those are my communities, and because I want them to be better than that. I write because I give a damn about our communities and our traditions, and because I have this crazy notion—perhaps misguided, but sincere—that the first step in solving our problems is actually talking about them, openly and honestly. I want us to be all the things we believe we are… or, at the very least, to be honest about not being them.

I wrote elsewhere that the gods won’t praise us for speaking pleasant lies in sacred spaces. I believe that, dear reader, else I wouldn’t have written it. I view writing itself as a sacred act, and I would sooner stop writing than tell you lies here. (“It’s a deal!” I hear the masses crying. Sorry, gang, but that’s just not gonna happen.)

In the end, I don’t mind people disagreeing with me, or deciding I’m not to their taste. I don’t even mind people writing me off as “not their sort of Pagan.” That’s all fine and fair game. I won’t shed a tear if you take me off your Yule card list, honest.

Calling me a “pretend Pagan,” though, or claiming that I’m not writing about Paganism? That’s just… dumb.

(And the death threats? High-larious. But that’s another column1.)

In closing, I want to tip my hat to the single best response to critics I’ve ever read, a passing comment written by J. R. R. Tolkien in his foreword to The Lord of the Rings. Of course, I can’t claim to be anywhere near the caliber of writer he was, nor to have written anything which even comes close to scratching my initials into the lower steps of the pedestal of his life’s masterwork. Still, I’ve drawn immeasurable comfort in my cold hours of despair from the knowledge that, on occasion, even the good Professor could be this petty and extra:

Some who have read the book, or at any rate have reviewed it, have found it boring, absurd, or contemptible; and I have no cause to complain, since I have similar opinions of their works, or of the kinds of writing that they evidently prefer.

A bit brisk, innit? Reading that still gives me chills.

Until next time, dear ones, stay warm. ♥ 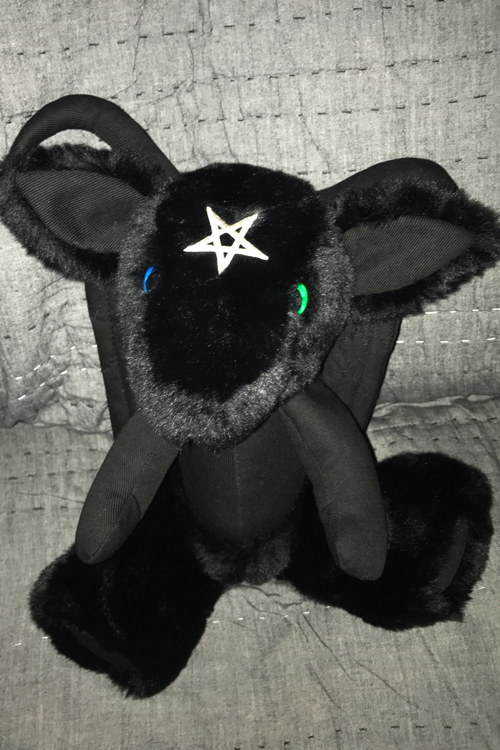 About Misha Magdalene
Misha Magdalene (Seattle) is the author Outside the Charmed Circle: Exploring Gender & Sexuality in Magical Practice, coming in January 2020 from Llewellyn, They're a multi-classed, multi-geek, multi-queer witch and sorcerer with a degree in gender studies and a slightly odd sense of humor. They're an initiate of multiple lines of traditional witchcraft, including Anderson Feri and Gardnerian Wicca, and have also been known to dabble recklessly in both modern ceremonial magic and grimoiric goetia. They've been blogging since 2001, negotiating the online world since 1987, playing Dungeons & Dragons since 1981, and listening to weird music since birth. They live on occupied Duwamish territory in the Pacific Northwest with their polymath partner, their precocious daughter, far too much coffee-making apparatus, and two adorably destructive black kittens. You can find them on Facebook, Twitter, Pinterest, Tumblr, Instagram, and their very own website, or lurking somewhere around the Seattle area, usually hiding behind a cup of coffee. You can read more about the author here.
Previous Post 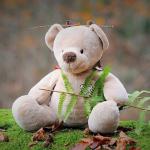 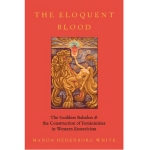 December 18, 2019 Review: "The Eloquent Blood" by Manon Hedenborg White
Browse Our Archives
get the latest from
Outside the Charmed Circle
Sign up for our newsletter
POPULAR AT PATHEOS Pagan
1