A Kickstarter Project Alan Hirsch and I Can Both Get Behind [VIDEO] July 12, 2012 Steve Knight

It’s called Theophony: The Mighty Interactive Theremin, and it’s being organized by Phil Wyman and his merry band of mischief-makers who will be returning to Burning Man again this year to build this new art installation. If you were at Wild Goose Festival, you’ll recognize Phil as the guy who led the processional to the mainstage on the last day!

In Phil’s words, “Participants will feel a sense of personal dissonance while trying to play in tune with the music, and this is to illustrate that spiritual pursuit is a discipline but even the imperfect attempt is both holy and fun.” That’s just brilliant, as far as I’m concerned.

Burning Man is still on my bucket list of things to do before I die, but did you know Alan and Deb Hirsch are burners? Alan is backing Phil’s Kickstarter project, and so am I. Will you join us? 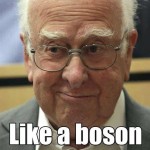 July 11, 2012
Missional, Like A Boson! or Physicsleship: What Can We Learn From the Higgs Discovery?
Next Post 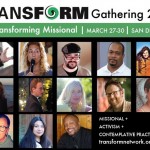