Missions vs. Missional: What Ed Stetzer Gets Wrong

Ed Stetzer, president of Lifeway Research (an arm of the Southern Baptist Convention), writing in Christianity Today this week, attempts to parse the terms “missions” and “missional.” Here’s what he says:

“The two issues are distinct and yet integrated. They are not mutually exclusive, but thrive best when they are both embraced and implemented in a local church body. Living on mission is not a missions issue, per se. It’s a Christian issue. Part of living on mission, however, must lead to missions.”

Confused yet? He says a whole lot more, of course (go read the whole thing if you want to). Here’s my attempt at Ed Stetzer Shorter: “Missions” is global, “missional” is local. 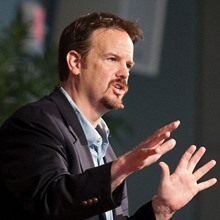 Here’s why I think Ed is off the mark, or, at least, why I wish he would update his definition of “missions” to, well, make it “missional”: The whole reason we have the term “missional” today is because the global missions world has been going through a process of theological realignment. “Missions” for the past 100 years has been colonial, paternalistic, “from the West to the rest,” a product of the western Church exported to the world with all its theological deficiencies fully baked in.

What David Bosch explains in the definitive book on this subject, Transforming Mission (published in 1991), the theology of mission (or missiology) has had to be completely re-thought, because the theological notions it was based on were found to be flawed and incomplete. Mission is no longer subservient to the agenda of the Church or churches (denominations, mission sending agencies, etc.). Rather, the Church is subservient to God’s mission. God’s mission is bigger than the Church, and churches all over the world are embracing this updated theology of mission.

So, in other words, the global Church is going missional. All “missions” (whether local or global) should be “missional,” i.e., driven by God’s agenda, not our western theological agenda(s). The definition of “missions” that Ed Stetzer continues to promote is simply outdated and incomplete. His “missions” and his “missional” really just mean the same thing: the old way of thinking about mission — it’s colonial, it’s paternalistic, it’s western, and it’s, well, wrong.

Here’s my Steve Knight Shorter video version on how “missional” is different than “missions.” Watch it and tell me what YOU think! 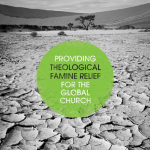 September 12, 2013
The Gospel Coalition's Mission to Colonize the Theological Minds of the Global South
Next Post 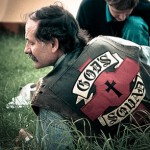 September 25, 2013 Bono and The Edge Endorse Film About Missional Pioneer
Recent Comments
0 | Leave a Comment
"Sounds like just a new hipster word for Social Gospel. Just another inventive way to ..."
Greg What Does Missional Mean?
"Who knows what is in mind of the furue and whol will become what but ..."
Tony Williams Who/What Are the “Circuit Riders” of ..."
"Check out the Master of Arts in Missional Christianity at University of Dubuque Theological Seminary. ..."
Christopher B James Missional in Higher Education
"Hello, Steve! Mike Morrell asked me to contact you because he really appreciates your blog ..."
Richard Top 10 Reasons to Make TransFORM ..."
Browse Our Archives
Related posts from Missional Shift