Who/What Are the “Circuit Riders” of the 21st Century?

By now we should all be familiar with the sobering statistics about the decline of Christianity in the U.S. Less than 50% of the population now identifies as Protestant. The fastest growing religious group is the “unaffiliated,” the so-called religious “nones.” Etc. etc.

After writing about this recently on the Revangelical blog, Brandan Robertson received this comment (via Facebook), which I thought was very intriguing: 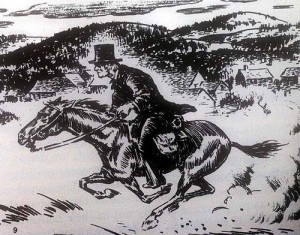 “I wouldn’t be so quick to leap to any conclusions. What we’re seeing across the world is a reflection of what we experienced in the United States in years gone by. The established Church wasn’t connecting very well with the underprivileged and uneducated in the Western Frontier, mostly for practical reasons, and circuit riders with a very experiential message brought something exciting and tangible to town. As the mainline denominations of Protestantism finally arrived in town, for many folks things settled down. I anticipate that’s what will happen in other parts of the world. Liberation theology and the prosperity gospel are also prominent in those places, and those also usually get supplanted when conditions improve.”