Women in the 2011 Arab Media Forum

There was something quite exciting about this year’s Arab Media Forum (AMF), which recently concluded in Dubai and was attended by over 2,000 media leaders from around the region. This year marked the tenth anniversary of the forum, which has served as an annual platform for debating Arab media issues and concerns for the past decade.  In addition, almost all of this year’s panels have echoed ongoing transitions in the Arab world and their implications for the media landscape.  I thought many of the discussions were highly stimulating when it came to the convergence of youth demographics and new media in triggering the current unrest.

There is ample evidence showing that women in this part of the world have made impressive strides in a wide range of professions, including media. At universities, Gulf Cooperation Council (GCC) female faculty members in media and communication departments have been on the rise and so has their integration into the media market.  As a former student, at both the American University of Sharjah and the University of Sharjah, I was fully aware of the huge Emirati female attendance in communications programs at undergraduate and graduate levels.  In the media profession itself, there are bright examples of GCC women serving as impressive role models for females in the region. They have excelled in different fields: some in film making, such as Emirati producer Naila Al Khaja; some have taken their achievement to global levels, such as foundation director Muna Abu Sulayman; while others have emerged as powerful figures in  social media and cyberspace, such as Saudi writer Sabria Jawhar.

Unfortunately, such presence seems to have made little showing in female contributions to public discussions of media issues. Traditional research has generally focused on female representation in media content and media professions, but more attention needs also to be given to women’s contributions to public forums of media developments like AMF. What I found most worrying about the event was the underrepresentation of female media leaders and practitioners from the Gulf region in the AMF panels.

Of course, female contributions to the two-day forum were quite conspicuous in the administrative details. As I headed towards the main hall at the Grand Hyatt Hotel in Dubai, I saw a good number of Emirati ladies in black abayas (the traditional black dress of local women) welcoming guests, printing badges for AMF guests and speakers, and ushering and organizing the seating of people attending workshops and sessions. With a smile and perfect English, those young women presented a bright image of women in the United Arab Emirates.

By working along with their male counterparts, those women are actually changing traditional stereotypes about female roles in what many in the West see as conservative societies. I spotted some cameras for international television networks covering the event and was glad to see them capture video of young Emirati women at work. This is extremely important for rectifying incorrect perceptions about us here in the region, where sustained development programs have brought about dramatic changes in women’s roles in their communities. Because the AMF is attended by media practitioners from different parts of the world, they will be able to witness on the ground how a woman in a conservative society is actively a part of it.

But, again, since women in the Gulf have already made their way into the media profession both as leaders and practitioners, their low-profile contributions to public discussions of media issues needs to be reconsidered.  Though many women were working “behind the scenes” at the 2001 AMF, only a small number of women were on panels.

I was truly heartened to see two Emirati women making it to the AMF podium. One of them is Dr. Rafia Ghubash, a renowned academic figure and former President of the Gulf University in Bahrain. The other is Amina Al Ruhaimy, a student of mass communication at the Higher Colleges of Technology in Dubai. Contributions from both ladies were highly enriching for the AMF discussions, and on a larger scale, I believe their presence was vital for the institution of a more positive image of GCC women as leaders in their communities.

It is true that the Gulf region is a conservative area where women’s issues remain rather sensitive, and hence any change to their situation would come out quite slowly.  But we should not overlook the fact that GCC governments have also done a lot to empower their female populations to engage in all aspects of modern development, including media professions.  As I noted in another article recently published in the Global Arab Network, the current political transitions in the region are expected to augur well for the condition of women across the Arab world, including the Gulf.

The introduction of social media tools, such as blogs, has proven to be quite helpful for women seeking to reach out to wider audiences inside their countries and beyond.  Female engagement in the media sphere should always remain a priority for women’s development programs in the GCC region; however, we need to push that engagement further by enhancing women’s public input into to how we debate media effects on our societies for decades to come.

May 23, 2011
Shutting Down Misconceptions about Clothing & Culture's Effect on Breast Cancer
Next Post

May 25, 2011 Sexism and Islamophobia: An Under-Reported Link in Strauss-Kahn Coverage
Browse Our Archives
Related posts from Muslimah Media Watch 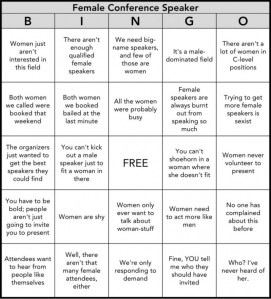 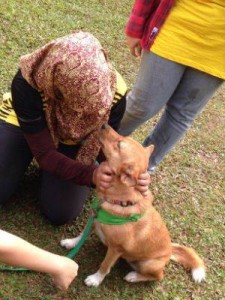