Yet Another Sensationalist Story about Muslim Girls and Swimming Lessons

June 6, 2012 by nicole
Yet Another Sensationalist Story about Muslim Girls and Swimming Lessons June 6, 2012 nicole

Certain topics related to Muslims seem to go on and on like broken records in European countries. If it isn’t headscarves, it is swimming lessons (like these stories from Germany, Finland, and Norway).  This spring, a story about yet another Muslim family refusing swimming lessons made headlines in Switzerland.  In Basel, the families of five Muslim girls in elementary school were fined upon appeal to the Swiss Supreme Court for refusing that their daughters take part in mixed swimming lessons.  At the base of these fines is a law, rarely enforced, meant to sanction parents who do not “maintain a favourable learning atmosphere” for their children.   The original sanctions under this law, which fell almost a year ago, were against these Muslim families as well as a sixth family who took their child on summer vacation before school ended.

Like Switzerland’s minaret vote, this is a story that made a disproportionately large splash in regards to the number of people affected throughout the original case (in 2011, with some issues dating to 2010) and the appeal (March 2012).  The Tages-Anzeiger notes that at the time there were around 1000 Muslim students in public schools in the canton of Basel-City, of which only the five mentioned above had a problem with mixed swimming lessons in elementary school.  That’s a lot of ink spilled for five kids, and speaks a lot about the climate of Islamophobia in this country, in my opinion.

One issue in Switzerland that makes avoiding swimming classes problematic is that the large, deep swimming pools best used in learning to swim are state-owned, although it is possible to rent pools for certain time periods. But that doesn’t change a thing for Pierre Felder, the head of the school district of Basel-City.  He feels that even if Muslim students organize and pay for their own private swimming lessons, they are still missing out on the totality of the school’s activities.  I don’t think that is fair, if parents are willing to compromise by paying out of pocket in order to comply with school rules while at the same time following their religion as they see fit.  In fact, the Swiss Centre of Expertise in Human Rights, a watchtower group, questions the judgement that young girls can only learn how to swim in mixed classes.

One complaint that is often raised is that it seems that the behaviour of the parents leaves a bit to be desired as well.  The father of one of the children had already gone on regional television making apologist statements about men hitting their wives, statements for which he will face a second court case.  While this is a separate case from the swimming story, I only mention it because it seems to be that due to a long history of butting heads, there is a lack of cooperation on both sides.

On the other hand, separate swimming facilities are provided for after puberty.  So in this case, I do agree with the cantonal authorities that it could be argued fairly that these Muslim parents are forcing gender segregation before puberty, which is problematic to me. In this regard, the court judgment cited above (point 2.3 of the court judgement) mentioned that the father says segregation before puberty is necessary to “prepare” children for the future. What kind of message does that send to young girls? And speaking of what we are teaching, there is, of course, a greater issue here, that of Muslim women and fitness. The best habits in life start young, so, again, what message is being sent to these young girls about making physical activity a priority?

For me, the real issue remains that Muslim continue to make for good press in my adopted country for all the wrong reasons. Just tonight, someone was mentioning in passing the ongoing assisted suicide debate in Switzerland and asked, “If Muslims are against assisted suicide, why aren’t they against suicide bombers?” Because the Muslims who don’t support suicide bombing don’t make for good press, just like the fundie dad against swimming class. Is it really necessary for the newspapers and media to consistently bombard us with stories about fundie parents, Nicholas Blanco and minarets? What about all the normal Muslims out there? 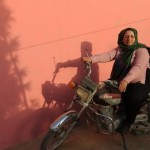 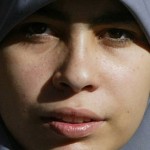 June 7, 2012 Re-Engaging with the Other “Liberation Theology”
Browse Our Archives
Related posts from Muslimah Media Watch